Home All News Inspiring Watch the Sweet Moment When a Police Officer Soothes Frightened Student With... 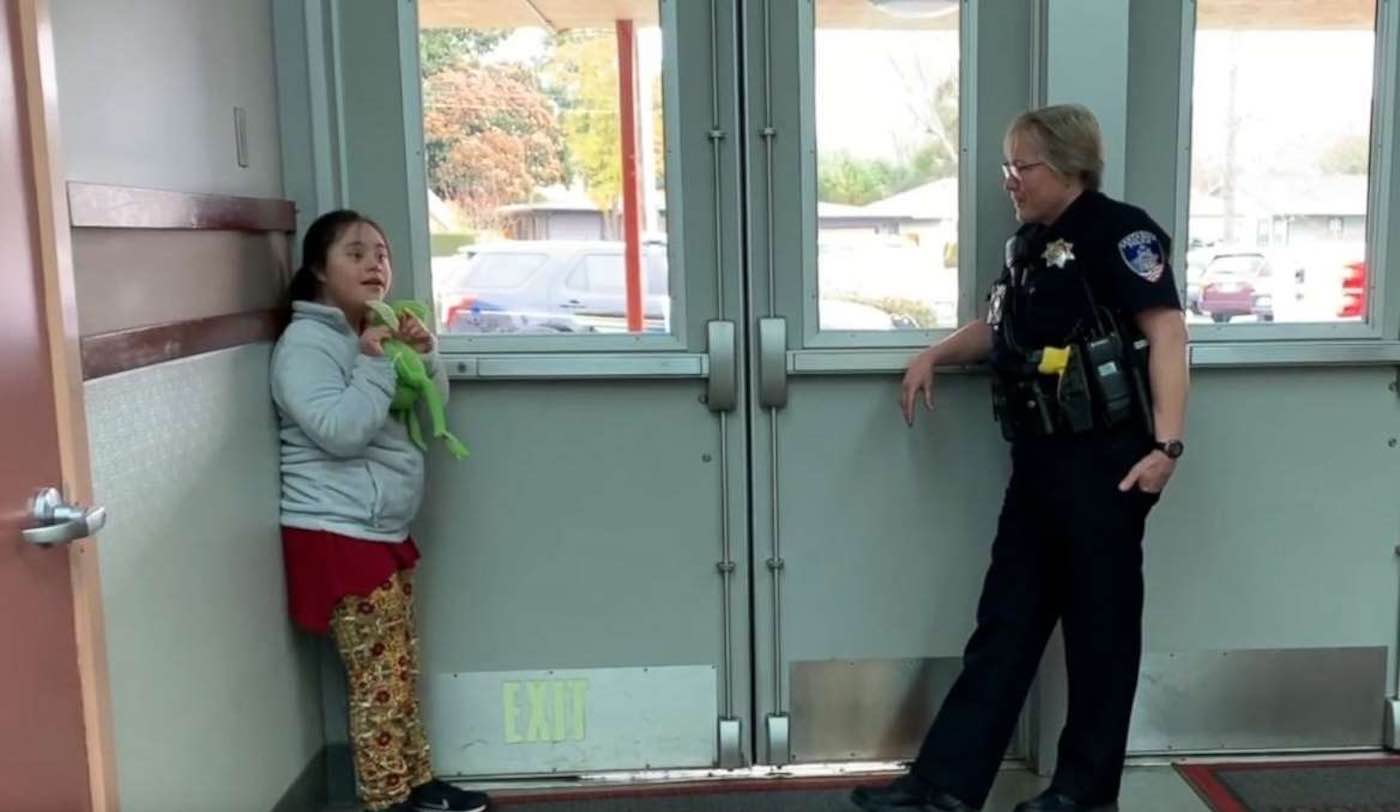 A school security guard is being praised for sharing a heartwarming moment of kindness and patience with a frightened middle school student last week.

Meaghan King, who is a special needs teacher in Santa Rosa, California, said that the student had been standing in the school hallway because she was afraid of going outside.

“She was just having hard time transitioning from the hallway to outside,” Meaghan King told ABC News. “Transitions are tough.”

As the student was anxiously clutching a Kermit the Frog toy, school resource officer Chris Morrison walking up and offered the youngster some comfort.

RELATED: Officer Becomes Hero to Neighborhood Kids After Sitting Down to Play With Girls Who ‘Were Afraid of Cops’

Inspired by the girl’s Muppet toy, Morrison gently started singing “Rainbow Connection” (The lovers, the dreamers, and me) to soothe her nerves – and it worked.

Morrison has worked with kids in the past. Prior to joining the Santa Rosa Police Department 18 years ago, she served as a teacher for at-risk students in Los Angeles for 12 years. Ms. King’s video of the sweet moment is just another testament to Morrison’s compassionate disposition.

“[Morrison] goes out of her way, goes above and beyond, especially in situations like this where a child just needs a little extra help,” Santa Rosa Police Sgt. Jeneane Kucker told ABC News. “It’s typical of her with her personality. She’s just a very caring officer, person in general to go out of her way to assist a teacher with this child.”

(WATCH the video below) – Photo by Meaghan King