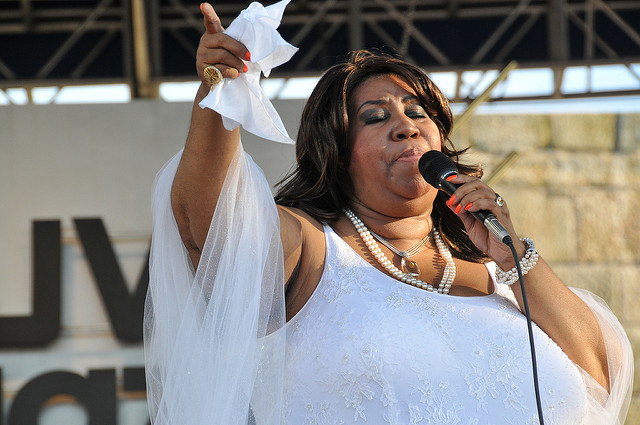 The music world is paying tribute to Aretha Franklin after her publicist announced that she passed away in her Detroit home today at the age of 76.

The Queen of Soul was a trailblazer for women and African-American musicians, as she was the first woman to be inducted into the Rock and Roll Hall of Fame and she was named as the #1 greatest singer of all time by Rolling Stone.

Franklin began her musical career at just 10 years old when she started singing and playing piano at her family’s church in Memphis, Tennessee. At 14 years old, she recorded her first album.

In recognition of her passing, hundreds of musicians and celebrities are now paying their respects to the legendary singer.

“Her voice; her presence; her style – no one did it better. Truly the Queen of Soul – I will miss you!” singer Lionel Richie said in a statement.

Fellow singer Barbara Streisand, who performed with Franklin in the past, said: “It’s difficult to conceive of a world without her. Not only was she a uniquely brilliant singer, but her commitment to civil rights made an indelible impact on the world.”

“The loss of Aretha Franklin is a blow for everybody who loves real music: Music from the heart, the soul and the Church,” wrote British musician Elton John. “Her voice was unique, her piano playing underrated – she was one of my favourite pianists.”

Franklin is survived by her four sons and the millions of fans who were touched by her musical power and presence.

(WATCH the amazing video tribute below)

Pay Homage To The Queen Of Soul And Share The Touching Tribute With Your Friends – Photo by Ben Alman, CC