Home All News Inspiring Woman Fills 200 Backpacks With Love for Homeless To Deliver in Single... 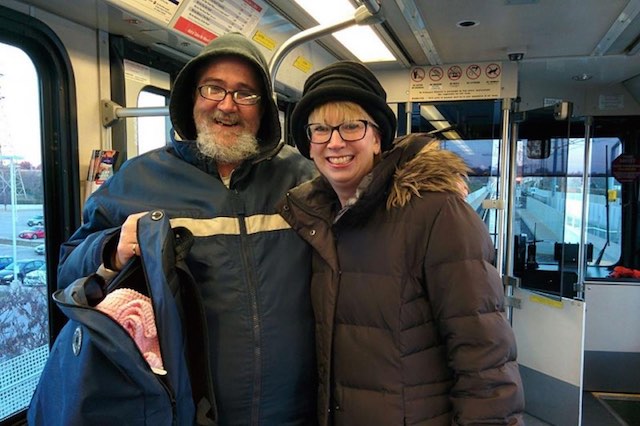 A woman’s simple plan to help the homeless took off so fast, it outgrew her basement and brought in volunteers from across the city.

She may have started off with just 20 backpacks, but this weekend—one full year later—her “[email protected]” project plans to deliver more than 200 fully stocked backpacks to people in need in a single night.

As a single mother whose own career involved working closely with people in public housing, she knew just how thin the line was between having a roof over your head and not having one.

“The one thing I had, no matter how broke or hungry I was, I had a support system,” Acre told the St. Louis Post-Dispatch. “The people on the street don’t have that.”

Acre’s son, a lawyer, incorporated “[email protected]” as a nonprofit with its own GoFundMe page, which raised $10,000 in the past year. She’s already launched a second page for next year’s batch of backpacks.

The money paid for 200 waterproof backpacks with built in ponchos made by Chicago nonprofit Citypak, and the essentials her volunteers stuffed them with. Each contains a fleece throw, a pair of thermal socks and three pairs of heavy, cotton socks, two knit hats, a pair of gloves, and a water bottle.

The Bridge Outreach, a homeless charity, will distribute the backpacks this weekend among St. Louis’ homeless population.

Acre’s finishing touch, a hand-knitted scarf to keep the chill out, was added to remind the wearer that someone is thinking about them.

As Acre says on her GoFundMe page, “They may be small gestures in the grand scheme of things, but they are filled with love.”

Pack This Story Up And Send It To Your Friends…