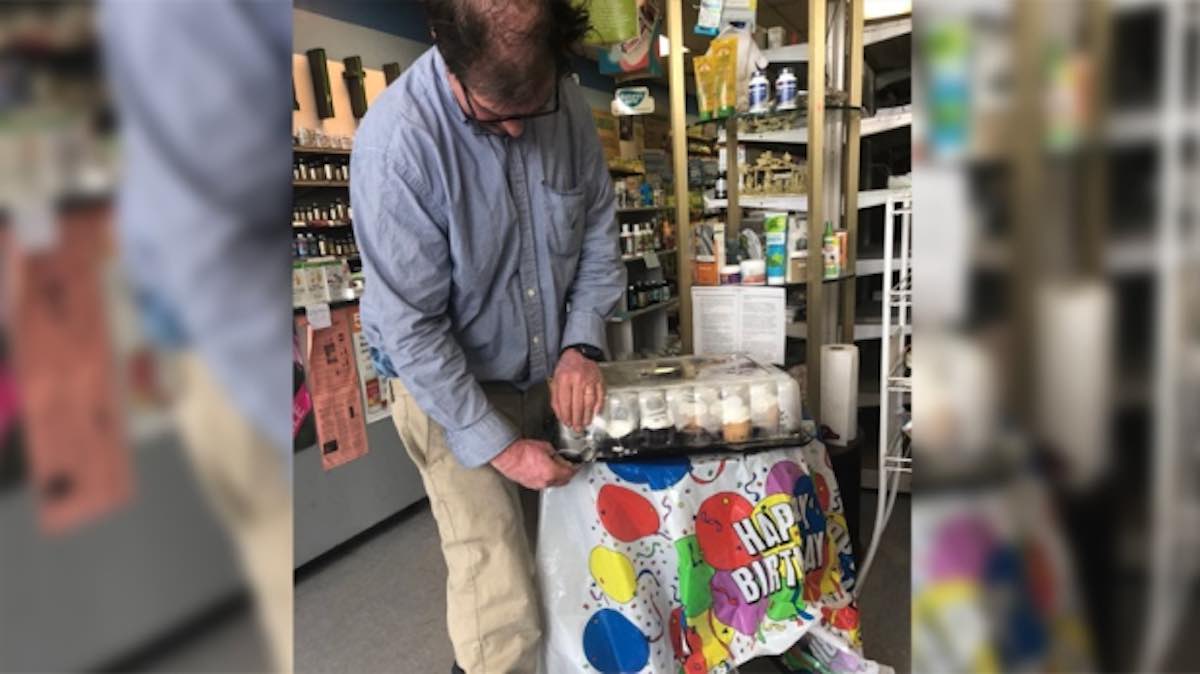 When Dave High was getting ready to celebrate his health food store’s 35th anniversary, he bought cupcakes and snacks in anticipation of treating his customers – so when no one showed up, the 61-year-old small business owner was heartbroken.

Thankfully, a compassionate young woman used social media to save the day.

23-year-old Kayla Jackson is married to a security guard at the shopping center where High’s shop, Sunrise Health, is located in Fresno, California. Since Jackson often stops inside of the health store, she became particularly aware of the older man’s dejected demeanor.

RELATED: Instead of Shutting Down Teen’s Hot Dog Stand, City Helps Him Get a Permit and Start a Business

“He was just sitting there, he had this sad look on his face and he kept repeating to us, ‘it’s our anniversary, it’s our 35th anniversary today. It’s really slow; it’s one of our slowest days,’” Jackson told CTV News.

Moved by his earnestness, Jackson pulled out her phone and made a Twitter post asking people to stop by.

“This is Dave, he owns Sunrise Health,” she wrote. “Today is his 35th anniversary, and he was expecting people to come in, and no one showed up. I just got here, and he brought everything out to celebrate. Can we get him some recognition?”

MORE: After Tweeting About ‘Worst’ Sales Day, Independent Bookseller is Overwhelmed with Support

Within a matter of hours, Jackson’s Twitter post was shared across social media and people started flooding the store. Needless to say, High was delighted.

According to CTV News, High isn’t very aware of how social media works – he doesn’t even own a cell phone. But after the anniversary party’s success, Jackson says that she will be more than happy to take over the store’s online marketing to help with business.

Update: Dave is so happy we had some friends come over to the shop ?? we are having cupcakes and smelling Essential Oils ???????? pic.twitter.com/GhjOWyEBoh