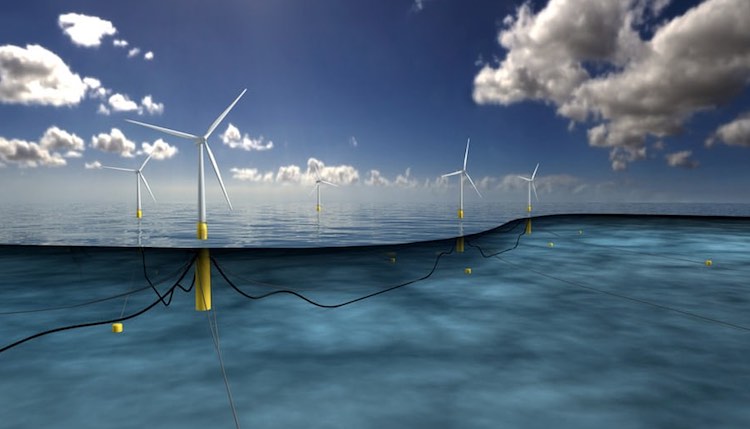 Inspired by the oil and gas rigs that can weather the strongest storms, a flotilla of wind turbines is being assembled in deep waters off the northeastern coast of Scotland.

Destined to become the first floating wind farm in the world, two of the five turbines have just been moved into place by the Norwegian alternative energy company Statoil.

The turbines, stationed 15 miles offshore, are not only to designed to withstand gale force winds, but their placement will avoid the visual impact of land-based wind farms, which often repel community support along coastal areas.

All the five turbines that will power the Peterhead Wind Farm will soar overhead at 575 feet tall (175m) atop a flotation base with a depth of 229 feet (70m). Located 15 miles offshore, the farm will power over 20,000 Scottish homes.

Typical offshore turbines can only be planted in water that reaches 130 feet (40 meters) deep. The Peterhead farm, however, raises hopes that offshore windmills can be productive in deeper ocean shelves like those surrounding the U.S. and Japan.

The farm is also being lauded by animal conservationists as an environmental victory, since offshore windmills are unlikely to endanger sea birds that nest along the coastlines.

CHECK OUT: Solar-Powered Pod Allows You to Live Anywhere Off the Grid, Now For Sale 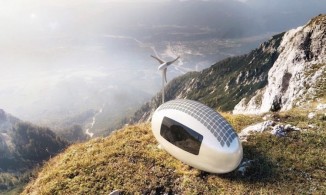 Spread the Innovation With Your Friends– OR,   (Artist Rendering by Statoil)