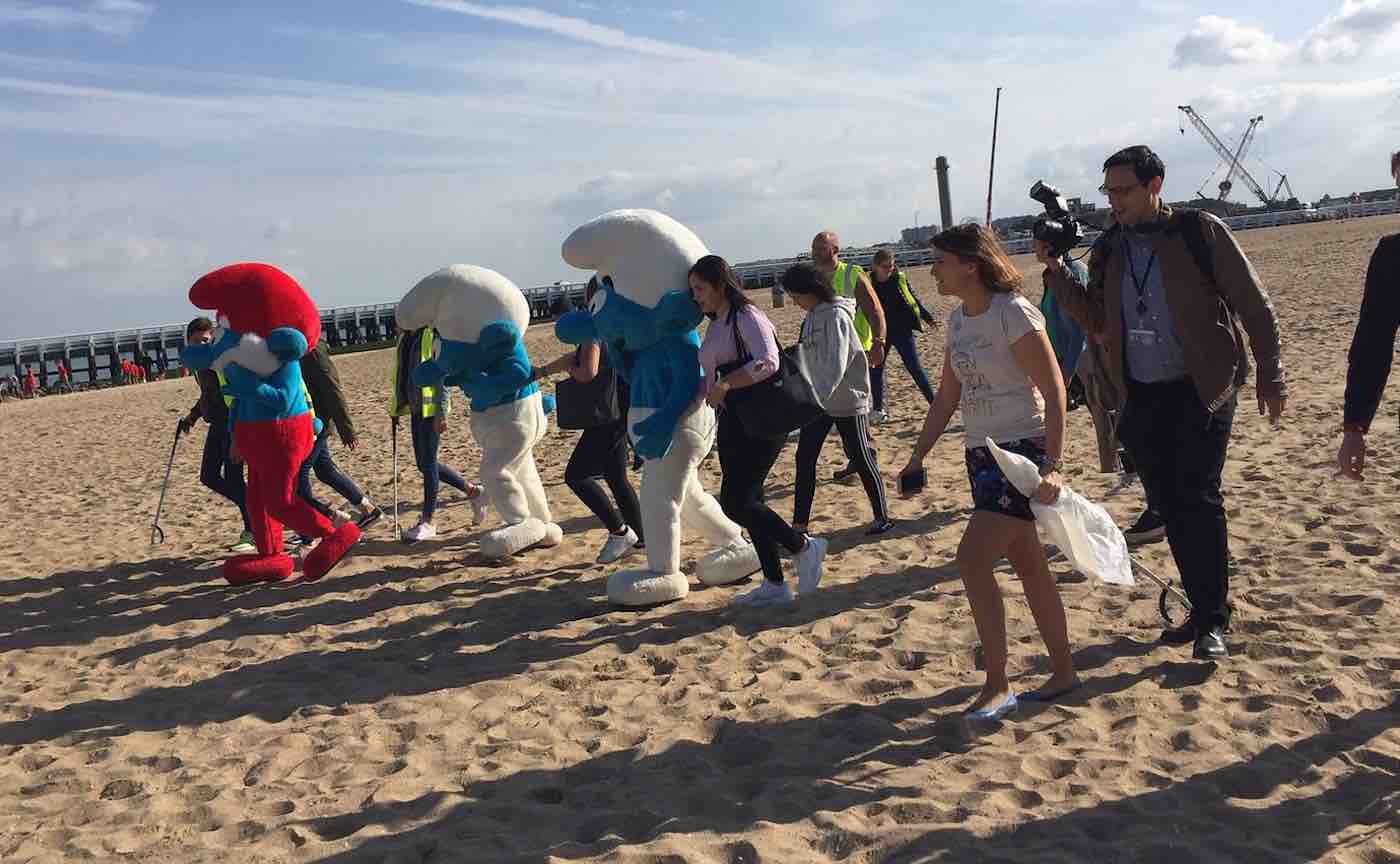 On a sunny morning last week, 1,200 students between the ages of 8 and 14 headed to the beach to undertake the biggest pollution clean up ever seen in the historic Belgian coastal city of Ostend.

A collective of teachers from 26 catholic schools launched the initiative with a commitment to providing their pupils with the tools and knowledge to help them live in a world where the environment is cared for.

A representative of the Flemish Minister of the Environment, Koen van den Heuvel, applauded their “Oceans of tomorrow” project, which was developed in partnership with the University of Antwerp to teach 8,000 local children about the importance of clean seas over the course of a year.

And, to make it fun, they brought along a support staff of blue Smurfs.

After a morning spent collecting litter from the city’s shore, the children enthusiastically welcomed a costumed mascot of Neptune, the Greek god of freshwater and the sea. Arriving with Emma Plasschaert, a Belgian World Sailing Champion, they spoke to the kids about plastic pollution that they have witnessed in the seas, and encouraged the children to adapt lifestyles that include reusable water bottles and textile bags.

“Youth play a lead role in the fight for our planet,” said a representative from the United Nations Regional Information Centre, Marian Blondeel, during a press conference in Ostend. “By joining their forces, youth, ministers, the European Union, the United Nations— and the Smurfs—can speak with a stronger, unified voice.”

Hunt Safrankova, head of the UN’s Environmental Protection office in Brussels, highlighted some positive signs that suggest we are moving in the right direction. For example, more than 60 countries have joined UNEP’s Clean Seas campaign to fight marine plastic and more than 100,000 people worldwide have taken the Clean Seas pledge, promising to reduce their own plastic footprints.

Some 127 countries (including coastal states like Australia, Bali, Kenya, Tanzania, Hawaii, and some parts of India) have adopted legislation regulating plastic bags. In the Belgian Flanders region, authorities recently set a target of reducing litter leakage to the marine environment by 75%—and the children’s volunteer clean-up serves as additional inspiration for businesses to minimize plastic packaging.