Home All News World 20 Women Elected in Saudi Arabia as Females Vote for the First... 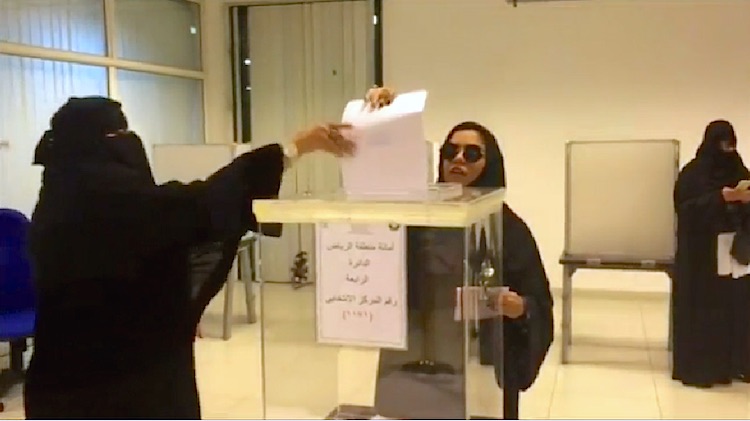 In a landmark election on Saturday, 20 women were elected to public office in Saudi Arabia– a first in that country’s history.

Not only were they allowed to run for local municipal council seats, this was the first election in which women could vote. 131,000 registered females showed up at polling place to participate.

Because Saudi women still are not allowed to drive a car, although some have openly defied the ban in posted videos, female voters had to rely on men to drive them to the polls–until Uber stepped in. The transportation app offered a free ride to any ladies who needed to cast their votes and were in need of a lift.

RELATED: Saudi Girls Get Gym Classes for the First Time (And Other Advances)

Recent political reform in the conservative patriarchy began in 2011 when King Abdullah granted women the rights to hold office and participate in local elections. Years earlier, he began to encourage their pursuit of higher education and employment.

CHECK Out: The Most Amazing Woman Born 200 Years Ago, But Most Americans Don’t Know Her Name

The conservative capital of Riyadh saw the most women candidates win, with four elected. The Eastern Province, where minority Shiites are concentrated, saw two women elected, and a small town where the Prophet Muhammad’s first mosque was built also elected a woman, reports the New York Times.

Women in Kuwait gained the right to vote and run for local office in 2005. The first woman to run for a seat on that country’s national assembly was finally elected four years later in 2009.

(WATCH a video below from India)