Home All News Inspiring 35 Fellow Cops Finish the Treehouse a Slain Officer Was Building For... 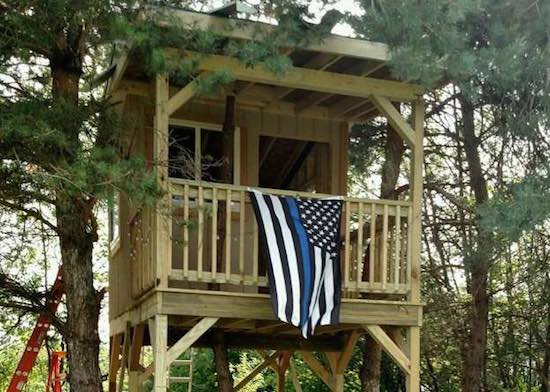 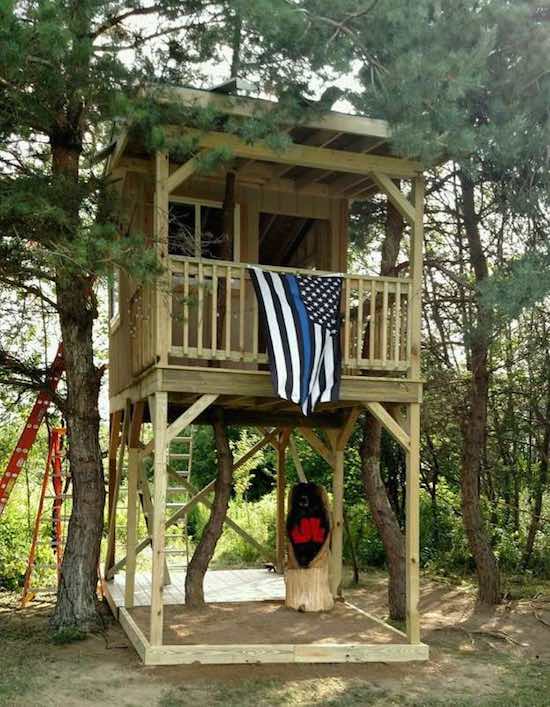 As a means of honoring a recently fallen police officer, these 35 cops and state troopers got together to finish construction of a very special project.

Retired and active officers from the New York State Police, Jefferson County Sheriff’s Office, and the Watertown City Police all got together to finish building the treehouse that Officer Joel Davis had been building for his teenage daughter Jaila.

In less than a day, the officers put the finishing touches on Jaila’s fort, completing features like a ladder, windows, a string of lights, and a balcony.

The 36-year-old father and state trooper had been shot in early July when he responded to a domestic violence call in Jefferson County.

Thanks to his fellow boys in blue, however, his daughter will always have the memory of undying friendship and love to warm her life in the coming years.