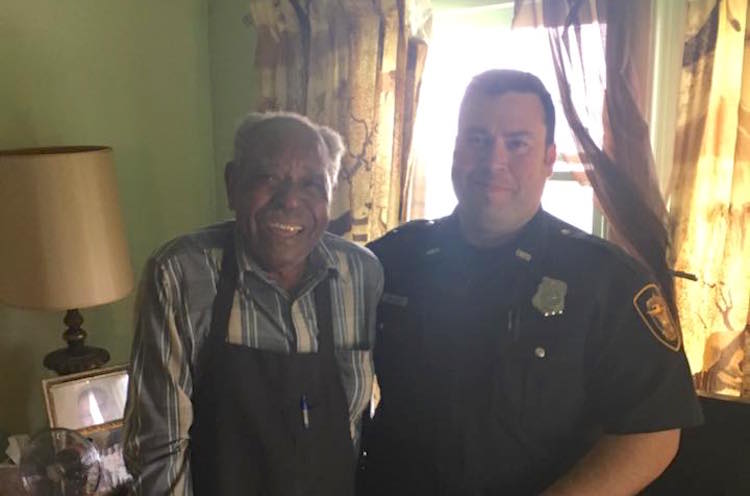 As summer temperatures soar in the south, these police officers weren’t about to let a WWII veteran soak in his own sweat all day.

The Fort Worth Police Department in Texas received a 911 call from a 95-year-old man distressed over his broken air conditioner. Though it wasn’t exactly considered an emergency, two boys in blue dropped by the senior’s house to check out the situation.

Officers William Margolis and Christopher Weir drove over to Julius Hatley’s house where the senior was sitting out in the shade of his porch in the early morning 90-degree heat.

Not only was Hatley’s air conditioner broken, but his central air conditioning was broken as well. Heartbroken by Hatley’s sweltering situation, Margolis promised to return with a solution.

CHECK OUT: When Senior Loses Memory at Dinner, Cops Sit Down to be Her Dates

The officers then went to Home Depot and asked the employees which unit would be best for Hatley’s house. The store employees were so touched upon hearing about the veteran’s situation, however, that they decided to throw down $150 of their own money so they could split the cost of an air conditioner with Margolis.

The officers then brought the unit back to Hatley’s house with another coworker so they could make sure it was properly installed. 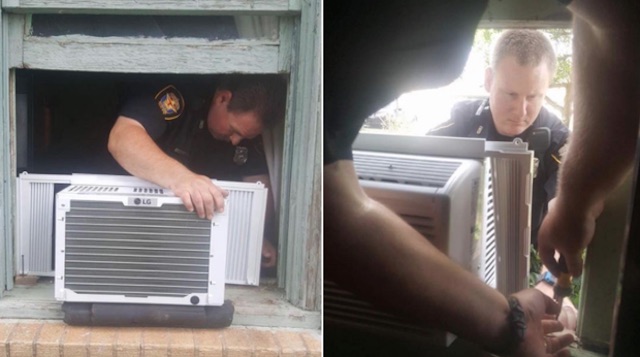 “This is what being an officer is about,” Weir’s wife wrote on Facebook. “This is what the media doesn’t report on but happens every single day by officers all over.”

“He was actually really excited,” Margolis told CBS News. “He said he knew if he needed help to call 911 and we actually were able to help him, so he was really excited about it.”

Additionally, since the story of the officers’ good deed has spread on social media, a repair company has offered to fix Hatley’s central air conditioning free of charge.

The officers plan on continuing to assist Hatley by repainting his house, installing new windows, and distributing a weekly supply of groceries to his house.

Protect Your Friends From Negativity: Click To Serve This Story Instead – OR,