Home All News Inspiring Senior Enrolls in University After Alzheimer’s Diagnosis: ‘It’s a good thing because... 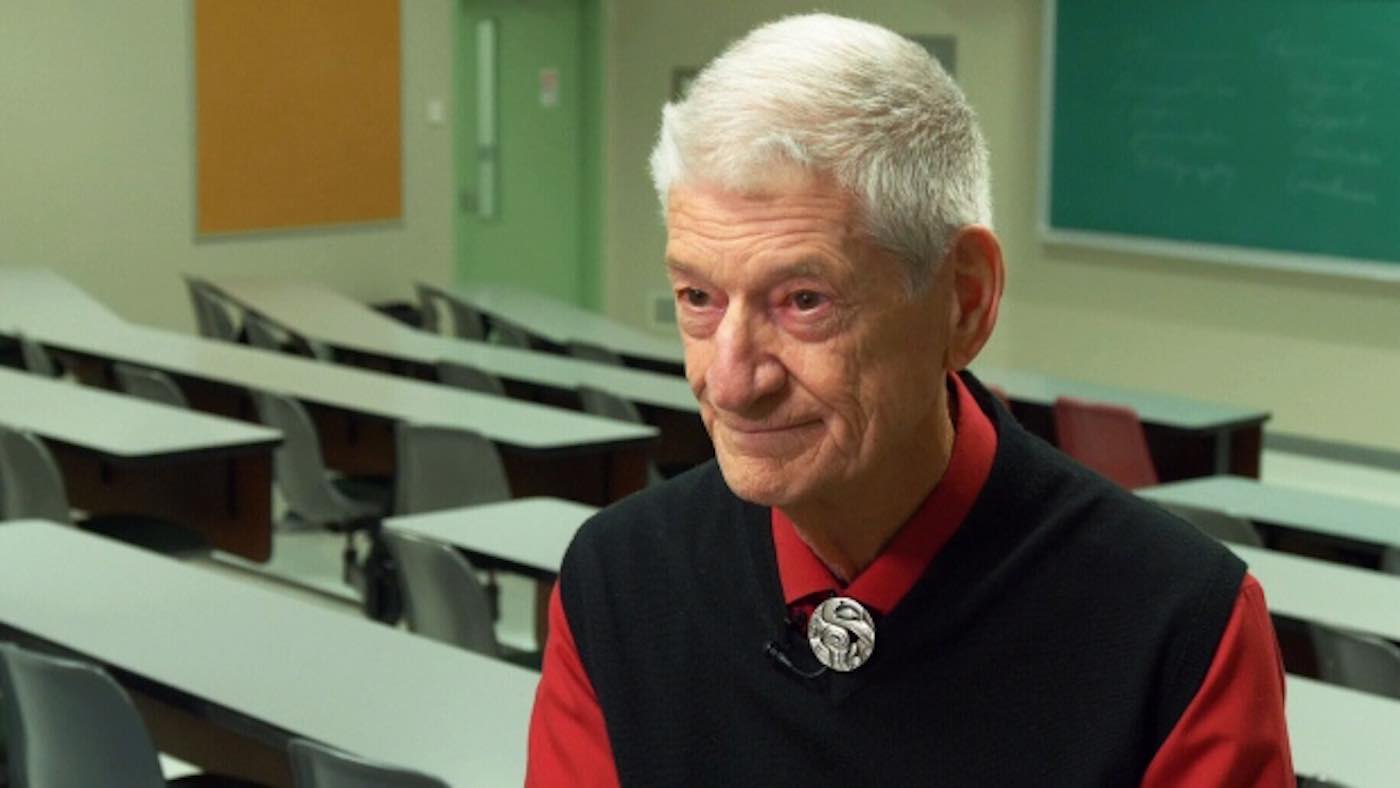 Three years ago, Ron Robert was “shocked” and distressed over his Alzheimer’s diagnosis – but instead of letting the disease get the better of him, it has inspired a brand new chapter of his life.

As a means of keeping his mind sharp, the 81-year-old started taking classes at King’s University College in London, Ontario.

Enrolling in the school has not only helped the Canadian senior stay engaged, it is also helping to inspire his fellow dementia patients and raise awareness for what it’s like to live with the disease.

“Too many people, they get diagnosed with something like Alzheimer’s and they think somehow it’s the end,” Robert told CTV News in the video below. “Well, it’s not an end – it’s just a new beginning. It’s something you’ve got to work at. And actually, it’s a good thing because I was getting quite bored being retired! So this is all a new challenge for me.”

RELATED: 68-Year-old With Alzheimer’s Staves Off the Disease by Climbing the Same Mountain Every Day

Thus far, Robert says that his classes in political science and disability studies have been a tremendous help to his mental health.

“I feel really good,” he said. “The short-term memory is terrible; long-term memory has improved. I feel better mentally, and I think that’s a big important part too. You’ve got to be upbeat.”

Though his fellow students are young enough to be his grandchildren, they have been especially supportive of Robert’s mission. On the few occasions that Robert becomes disoriented in the university facilities, students are always quick to approach him and offer their assistance.

Robert’s determination has now made him the face of the “Yes, I Live With Dementia” campaign: an initiative that was created by the Alzheimer Society of Canada as a means of combatting the stigma and misconceptions surrounding the neurodegenerative disease.

The senior hopes to continue his education until he can eventually graduate from the school alongside his peers, but until then, he has other aspirations for his fellow dementia-sufferers.

“I’m hoping I’m the beginning of a wave,” said Robert. “I hope that all those people out there listening that have given up on Alzheimer’s will just get off their butts and join me out here!”

(WATCH the video below) – Photo by CTV News