Home All News Heroes Beer Deliveryman Prevents Suicide on a Bridge By Offering a Cold One—While... 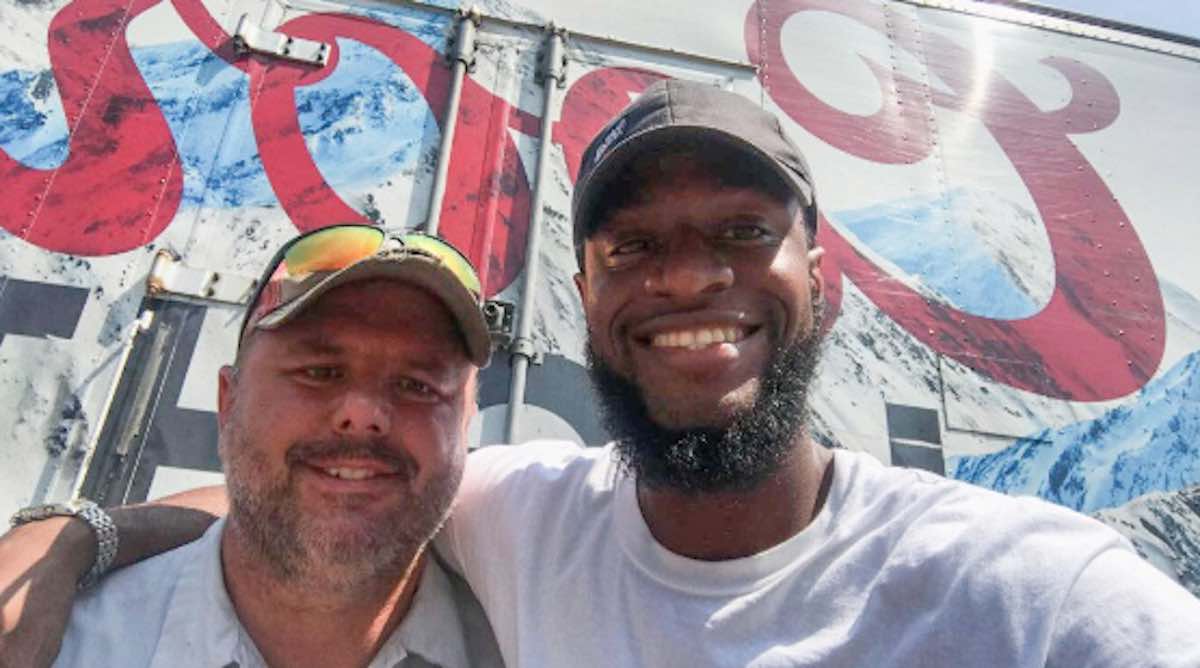 The voices of God and Denzel Washington helped to prevent a man from jumping to his death—and the cold beer didn’t hurt, either.

Earlier this month, two beer deliverymen felt an unexplainable urge to take a completely different route to one of their stops. The unusual route took Jason Gabel and Kwame Anderson across a bridge where they noticed a man on the other side of the safety fence.

They stopped the truck and when Kwame asked the guy if he was alright, he admitted that he was planning to take his own life.

After Gabel called 911, the dispatcher said to do nothing—and wait until police arrived. But Kwame took matters into his own hands.

He told KMSP News how he then channeled his inner Denzel Washington. He remembered the hostage negotiator in the film Inside Man, and thought, “I gotta keep this guy entertained somehow, because if I wait for police, this thing may be over…”

Beer salesman talks down man threatening to jump from St. Paul I-94 overpass, gets him to safety https://t.co/J7R0J0UOAW pic.twitter.com/ib8PEWd3N4

Kwame then spent the next hour talking to the suicidal man and asking about his life, while officers on the scene watched. He learned the man lived around the corner from the bridge, he was from Chicago, and he had children.

MORE: Suicide Rates at Japanese Train Stations Have Plummeted by 84% Thanks to Simple Solution

He eventually asked the guy if he wanted to get food with him. He replied that he wasn’t hungry. He asked if he needed money—the man said no.

Then, Anderson asked if he would like to drink a beer with him and the man paused. “Maybe.”

Anderson ran and grabbed a 12-pack of Coors from the back of the delivery truck and cracked one open, promising that if the guy came back over the fence, the beers were all his.

LOOK: 13 Truckers Use Their Vehicles to Prevent Suicide Attempt From Ending a Life

The man agreed and slowly walked back from the ledge. He was later brought in an ambulance to the hospital for treatment.

Kwame and his partner say it was God that prompted them to take a different route that morning, but there’s nothing quite like sharing a cold beer with Denzel that will ultimately win the day.