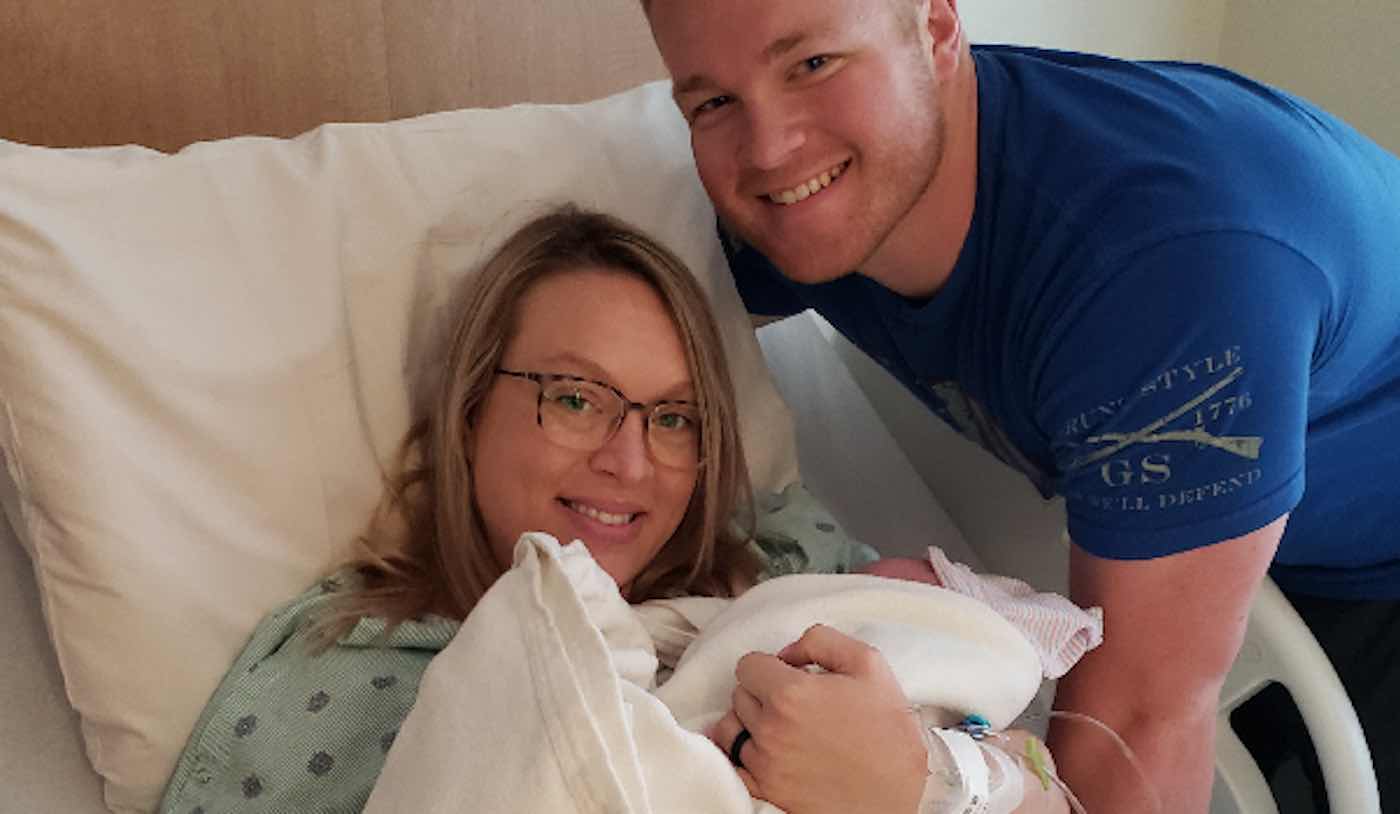 Seth Craven had already journeyed from the other side of the world in order to witness the birth of his son when a storm caused his final flight to be delayed—but thankfully, a compassionate airline passenger offered to go out of his way to help him.

Sgt. Craven, who had been stationed with the National Guard in Afghanistan, had just landed in Philadelphia from Kuwait when poor weather forced the airline to cancel his flight home to Charleston, West Virginia last week.

Since Craven’s wife was scheduled to deliver the baby by C-section on Friday morning, the young 26-year-old sergeant went ahead and bought another plane ticket home for early on Thursday.

Unfortunately, that flight was also delayed several times, leaving Craven stranded in Pennsylvania—and he was quickly running out of options. The previous delays had already spurred most passengers to claim rental cars, and they were all gone.

As Craven became increasingly more distressed, word of his predicament circulated amongst the passengers until it reached the ears of Charlene Vickers.

Vickers and several of her acquaintances were on a deadline to attend a health conference in Charleston on Friday afternoon—and since she is from the Philadelphia area, her car was already parked at the airport, ready for a road trip.

“They kind of pointed to this gentleman and said that ‘poor soul really needs to get back,’” Vickers told WV Metro News. “That’s when I introduced myself … and said, ‘I’m getting to West Virginia tonight, come hell or high water. So are you willing to join this crazy party of ours?’”

Without waiting for his baggage, Craven hopped into the car and traveled with Vickers for the eight-hour trip. He was dropped off at his house just after midnight, and he was standing next to his wife’s bedside when their son Cooper was born the following morning.

“If it wasn’t for Charlene I never would have made it,” Craven told the news outlet. “All she wanted in return was pictures of the baby.”

And, this is the gift of thanks she will treasure for a lifetime: