Home All News Inspiring After $9 Was Stolen From Girl’s Lemonade Stand, Community Gives Her $350... 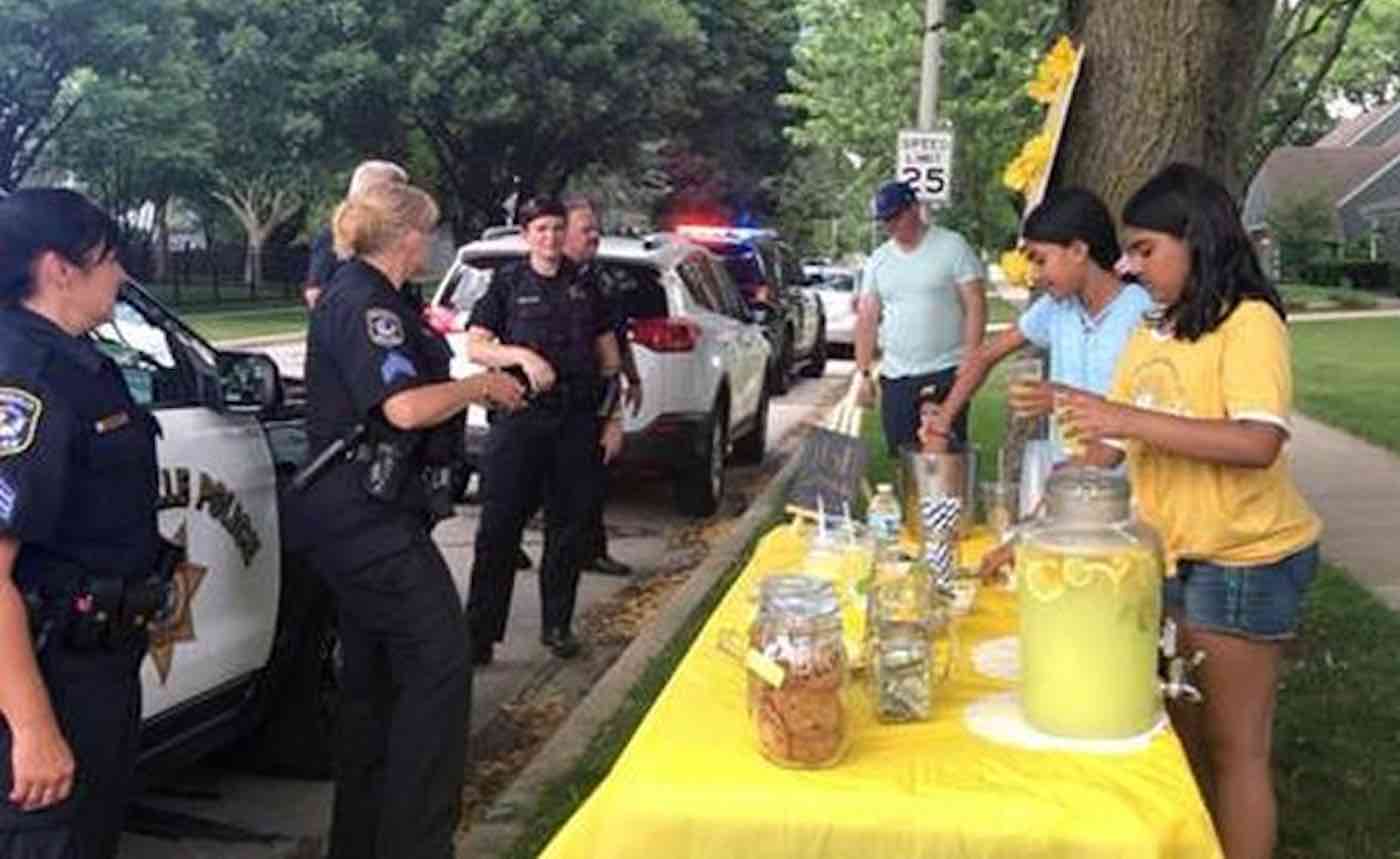 They say when life gives you lemons, you should make lemonade. Undeterred by a day of slow sales that ended in a robbery, that’s exactly what a girl in a Chicago suburb did. Now, the $348 dollars she raised will be used to feed the hungry.

It started as a typical story that many of us know from our own childhoods. 11-year-old Alizay Kashif wanted to try something new and set up a lemonade stand in a quiet cul-de-sac outside her home in Naperville, Illinois. Rather than keeping the money for herself, she planned to donate whatever she earned to Feeding America, a hunger relief organization based in Chicago.

After two and a half hours, she had taken in a meager $9. Feeling sorry for her, her father Kashif Zaman came outside and offered to buy some of her snacks and drinks. “I need some real customers,” she replied in frustration, according to the Chicago Tribune.

Shortly after, some customers arrived: or so she thought. Two teens asked Alizay what she was charging, and said they didn’t have any cash with them but would return to buy some lemonade. Soon after, they returned in a car with two other teens and drove off with Alizay’s $9.

Seeing how upset his daughter was, Zaman turned to the social media platform Nextdoor, which aims to facilitate connections between neighbors. In addition to urging Zaman to alert the police, 50 to 60 strangers encouraged Alizay to keep selling lemonade.

One of those strangers was Ben Hutchinson, a former television news reporter in Milwaukee. He invited Alizay to set up her lemonade stand in front of his house, in a part of town that has more traffic.

When she set up shop on Sunday morning, she was greeted by dozens of eager neighbors who had read her story on Nextdoor. Business was booming – and it got even better after some special guests arrived.

Upon catching wind of Alizay’s lemonade stand, a motorcade of Naperville police cars arrived, sirens blaring. They had taken up a collection at the station, and presented Alizay with an additional $170 to donate to her cause.

Last week, Alizay & Emaan set up a lemonade stand to raise money for @FeedingAmerica. Teens stole the jar w/$9 they made in 2.5 hours. I saw the post & told their dad they could set up on our corner. @NapervillePD showed up & donated $170! In total, they raised over $300 👍🚔🍋 pic.twitter.com/ju7CKL0qKE

“I think that really made the day,” Alizay said. “I think that was super nice, and it played a really big part.”

The sweetness continued long after the last glass of lemonade was sold when Alizay hand-delivered her earnings to Feeding America this week.

MORE: Every Night for the Last 10 Years, Community Has Made Sure That Woman in Wheelchair Gets to Bed

In total, Alizay managed to raise $348, which the organization says will help to feed over 6,000 hungry families across the nation.

“I can only imagine being hungry,” Alizay told Feeding America. “Getting to help hungry people is an honor and a blessing.”

After Alizay and Emaan’s lemonade stand was robbed, they turned lemons into lemonade and raised enough to help provide 6,000 meals to hungry families.

Today, they hand-delivered their gift at our office – and we couldn’t be more inspired. 🍋💕 Read more: https://t.co/FU57D01hpA pic.twitter.com/v3CEEWH2rP