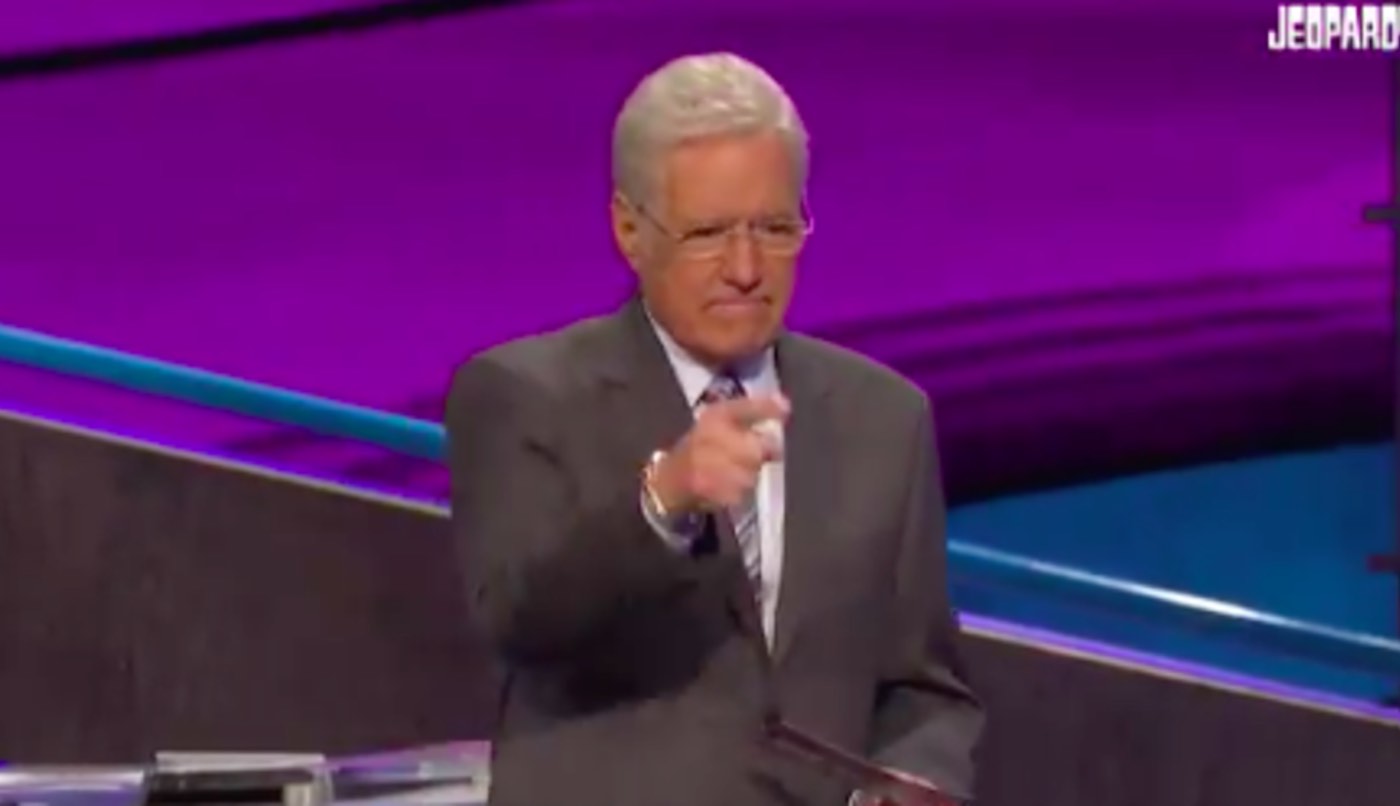 Alex Trebek has hosted more than 36 seasons of the beloved Jeopardy! trivia game show—but this may be one of the first times that a contestant’s answer has left him on the brink of tears.

Trebek had been hosting the “Tournament of Champions” episode of the show when contestant Dhruv Gaur failed to come up with an answer for the final round. Rather than take a lucky guess, Gaur used his final answer to write “We <3 You, Alex!” on his board.

Upon reading the message aloud, Trebek responded by saying: “That’s very kind of you. Thank you.” Contrary to his typical whip-smart demeanor, Trebek seems to struggle with his composure for a few moments before somberly concluding that Gaur’s wager left him with just five bucks.

This is not the first time that the 79-year-old has received a message of encouragement from a fan since he was diagnosed with stage IV pancreatic cancer earlier this year, but Gaur’s message has since inspired a trending #WeHeartYouAlex hashtag on Twitter.

Though game show officials have declined to discuss further details about Trebek’s health, he told People back in May that he was having a “mind-bogglingly” positive response to his chemo treatments and he was “near remission”.

“The doctors said they hadn’t seen this kind of positive result in their memory,” mused Trebek. “Some of the tumors have already shrunk by more than 50%.”