Home All News Inspiring American Trucker Spontaneously Buying Dinner for Canadian Veterans — One of His... 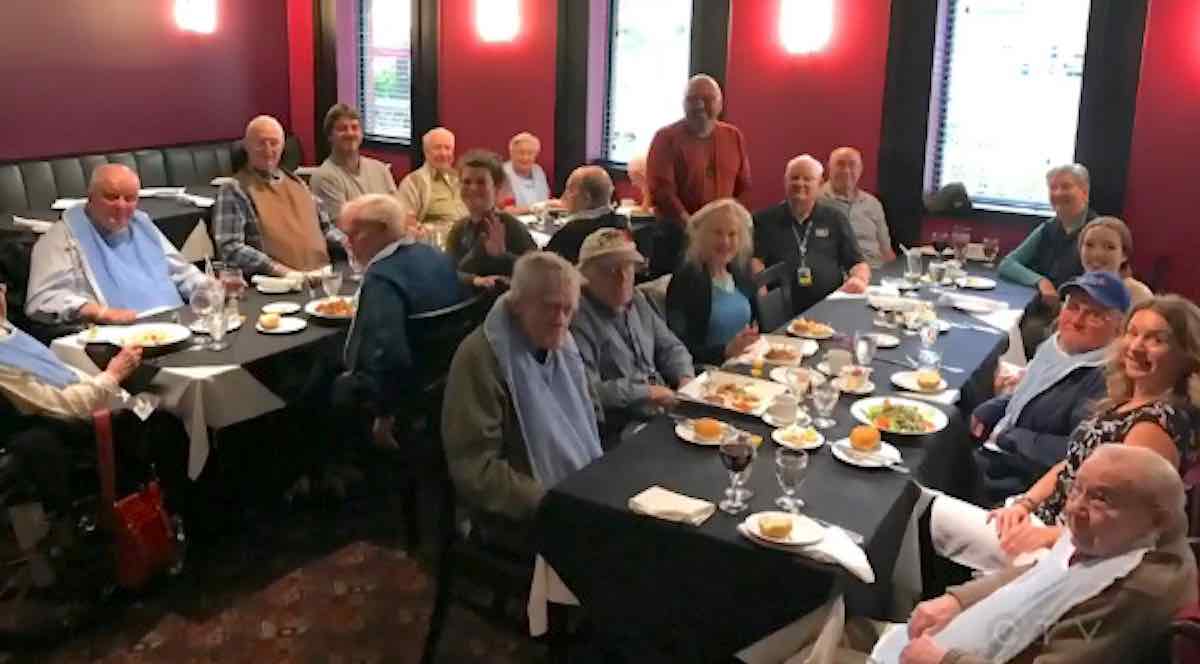 American trucker John Meiring was driving through Canada two months ago when he suddenly felt compelled to show some love to a restaurant full of veterans.

It was September 11th when Meiring stopped at Robbie’s Spaghetti House in Ottawa. As he was pulling up outside of the restaurant, he noticed a bus with a sign reading “Vets on Wheels” parked outside of the facility.

The vehicle had been used to transport 17 veterans from the Perley and Rideau Veterans Health Centre to the restaurant so they could enjoy a night out.

When Meiring saw the veterans eating dinner together, he approached the owner of the restaurant and said that he wanted to buy dinner for all of the veterans.

RELATED: When Helicopter Upsets Tennis Player With PTSD, His Teammate Abandons Game to Comfort Him Using a Song

Though the owner thought that Meiring was kidding, the trucker said that his son has been serving in Afghanistan with the U.S. Army and Meiring wanted to do something kind for the veterans – even if they were from a different country.

“It put a smile on everybody’s face. It’s going to be one of my greatest memories of my life,” Meiring told CTV News in the interview below. “It warmed my heart immensely that I could do this for them.”

“A lot have made the ultimate sacrifice and never came home. I want people to think about that,” he added.

The veterans told the news outlet that it is a compassionate gesture that they will never forget, and they look forward to being reminded of Meiring every time they go out for dinner in the future.

(WATCH the video below) – Photo released by CTV News Ottawa