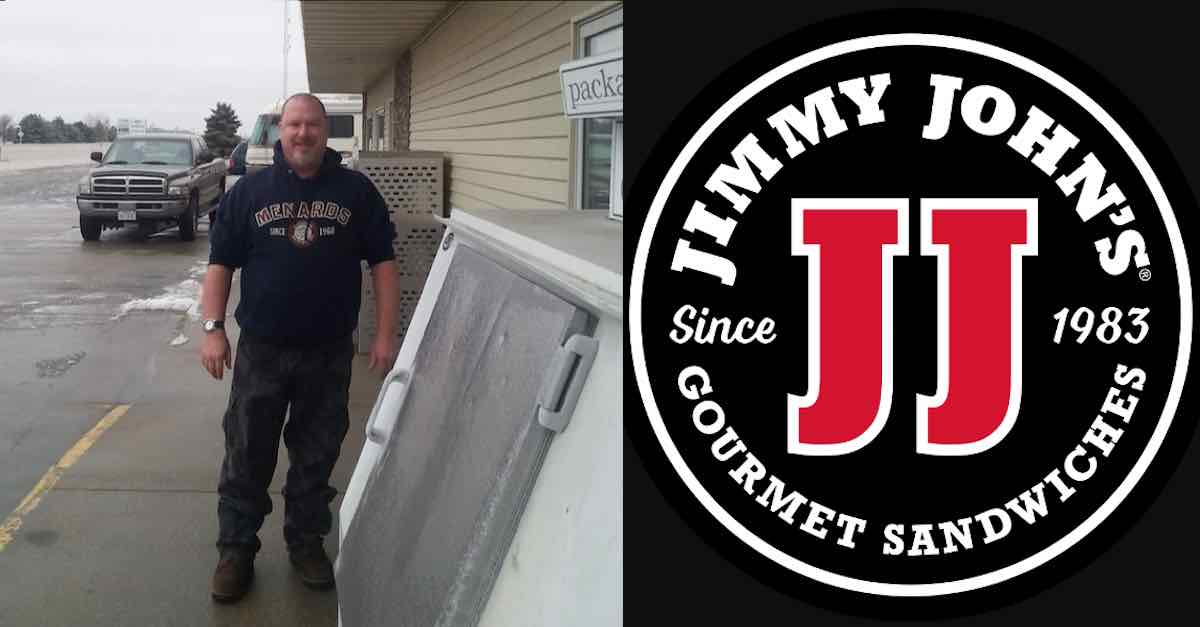 Lisa Nagengast was desperately trying to find someone who could take her sick brother to the hospital—and, in her haste, the wrong number she dialed became the perfectly right number.

She had just gotten off the plane in Tampa, Florida last weekend after visiting her brother Greg Holeman in Columbus, Nebraska. She’d spent the week caring for the 48-year-old Army veteran after his risky spinal fusion surgery.

Everything seemed fine when she left—but after the plane landed she heard an alarming voicemail from Holeman who said he was in extreme pain.

The veteran had no money to get to the hospital in a taxi, and wasn’t sure if ambulance fees were covered by his insurance, so he gave his sister the contact information his social worker, and Lisa hurriedly dialed the phone number.

“A young woman answered, [and] I assumed it was the social worker Pam,” Lisa wrote in a Facebook post. “I told her who I was, why I was calling, gave her the whole story, and asked what can we do to get him to the hospital.”

The woman passed the phone to her manager, a young man named Jason Voss. Lisa reiterated her dilemma and asked for help. The man said he had drivers on hand and would try to find someone who was free to help.

Fifteen minutes later, Lisa got a call from someone named Zach Hillmer, who said he would be able to give Greg a ride to the hospital—all he needed was a phone number and address.

Frustrated and anxious, Lisa snapped at the man, demanding to know why he didn’t have this information on file. Zach simply responded by saying: “You called Jimmy John’s.”

After a few stunned moments of silence, Lisa confirmed that it was indeed the local sandwich shop before apologizing profusely for the mistake. Zach insisted he still wanted to take her brother to the hospital—he just needed the address.

CHECK OUT: Humble Waitress Who Sliced Ham for Senior is Rewarded For Her Kindness With Holiday, Scholarship

Because he, himself, is also a veteran, he took extra gentle care of the sick man, who was later that evening given a free taxi ride home from the hospital, and is now doing fine.

Lisa has since expressed her overwhelming gratitude towards the sandwich restaurant’s employees.

The restaurant manager, Jason Voss, said that he didn’t hesitate to help the frantic woman.

“I was pretty sure she had no idea it was Jimmy John’s,” Voss told The Washington Post. “I didn’t think I needed to say anything. It didn’t seem relevant at that moment.”

Furthermore, he believes that anyone would have done the same thing if they were in his shoes – he just happened to be the one who answered the phone.

“I feel like stuff like this happens all the time, and it’s interesting people are taking an interest in it now,” he added. “People feel like they need something, anything good right now. Something like this is really small, but if it helps people, that’s good.”