Home All News USA When Grieving Father Shares Daughter’s Drawings With the Mayor, It Helps Transform... 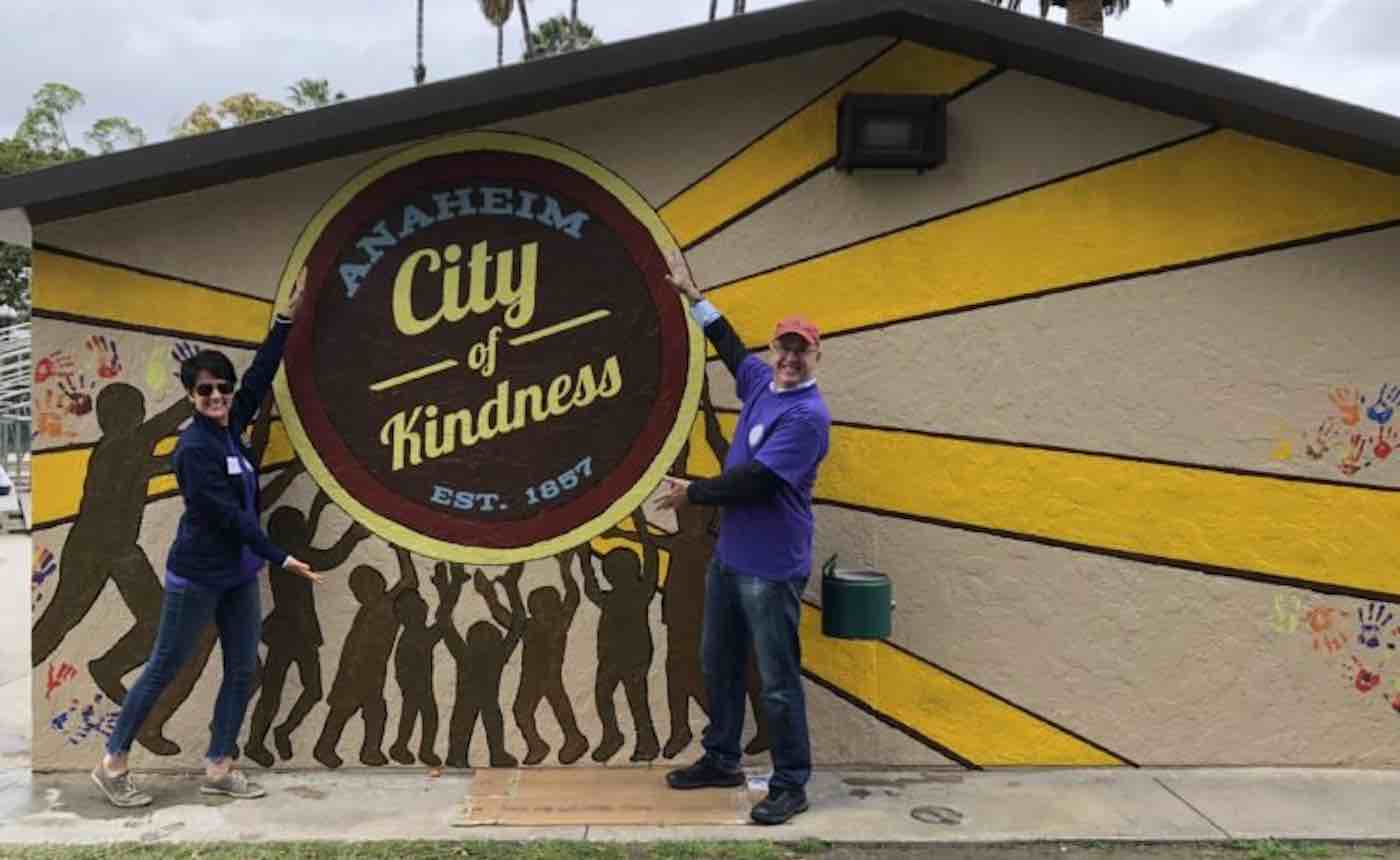 This story was submitted as a nomination to the Reader’s Digest “Top 50 Nicest Places in America” contest: a crowd-sourced effort to uncover nooks where people are still kind and respectful in an era of cultural and political divides. Be sure and vote for which story you think should be nominated as the top Nicest Place by visiting the Reader’s Digest website.

It isn’t every city where someone can be elected mayor by running on the slogan “Make Kindness Contagious”—but that is exactly how this California town made a reputation for itself as “The City of Kindness”.

After Edward Jaievsky’s daughter passed away in a car accident, he was later surprised to discover that she made a series of drawings and writings about her wish for a world filled with kindness.

At a loss as to what to do amid this tragedy, he decided to honor her memory by hanging up signs reading “Make Kindness Contagious” all over Anaheim.

That tiny act, sparked by the wishes of an innocent girl, ended up having an enormous impact on the town.

RELATED: When 1,600 Asylum-Seekers Were Sent to This US Town, They Were Welcomed With Housing and Open Arms

Tom Tait, a former city councilman who nominated Anaheim as one of the Nicest Places in America, tells Reader’s Digest that he saw the signs and wanted to figure out where they came from. He eventually tracked down Jaievsky and learned about his daughter’s wish.

Jaievsky’s story then inspired Tait to run for mayor with “Make Kindness Contagious” as his campaign slogan. 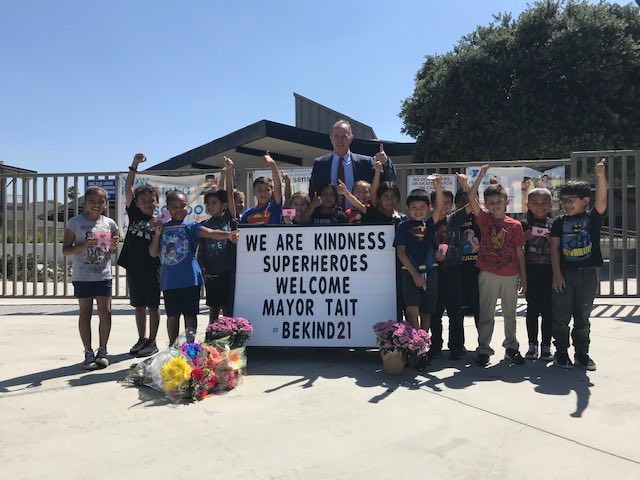 It might sound overly simple, but Tait hoped that if the city adopted “kindness” as one of its essential pillars, life in Anaheim would get better for everyone.

And here’s the crazy thing: it worked.

Tait served as mayor from 2010 to 2018, and nearly ten years later, the “City of Kindness” has become famous for its ethos of smiles and caring—so famous that the Dalai Lama chose to spend his 80th birthday in the town.

MORE: After Rural Pizzeria Burnt to the Ground, Dozens of Amish Folks Rallied to Repay Their Kindness

Just one of the city’s reoccurring examples of kindness is how all Anaheim schools now host a Serve-a-Thon every Martin Luther King Day. Instead of taking the school holiday off, teachers, administrators, and hundreds of students come together in order to do compassionate activities such as planting trees and singing songs at a senior citizens center.

CHECK OUT: Family Farms Use ‘Crop Mobsters’ to Prevent More Than 1 Million Servings Of Food From Going To Waste

She and her friends made posters with uplifting messages like “May You Have Love in Your Heart” to carry as they picked up trash for nearly two miles, all the way from her elementary school to Anaheim High.

“Kindness has just become integrated into who we are,” says Ephrain Paniagua, principal of Lincoln Elementary.