Home All News World Architect Appalled by ‘Horrible’ Homes Planned for Village Buys Land Herself to... 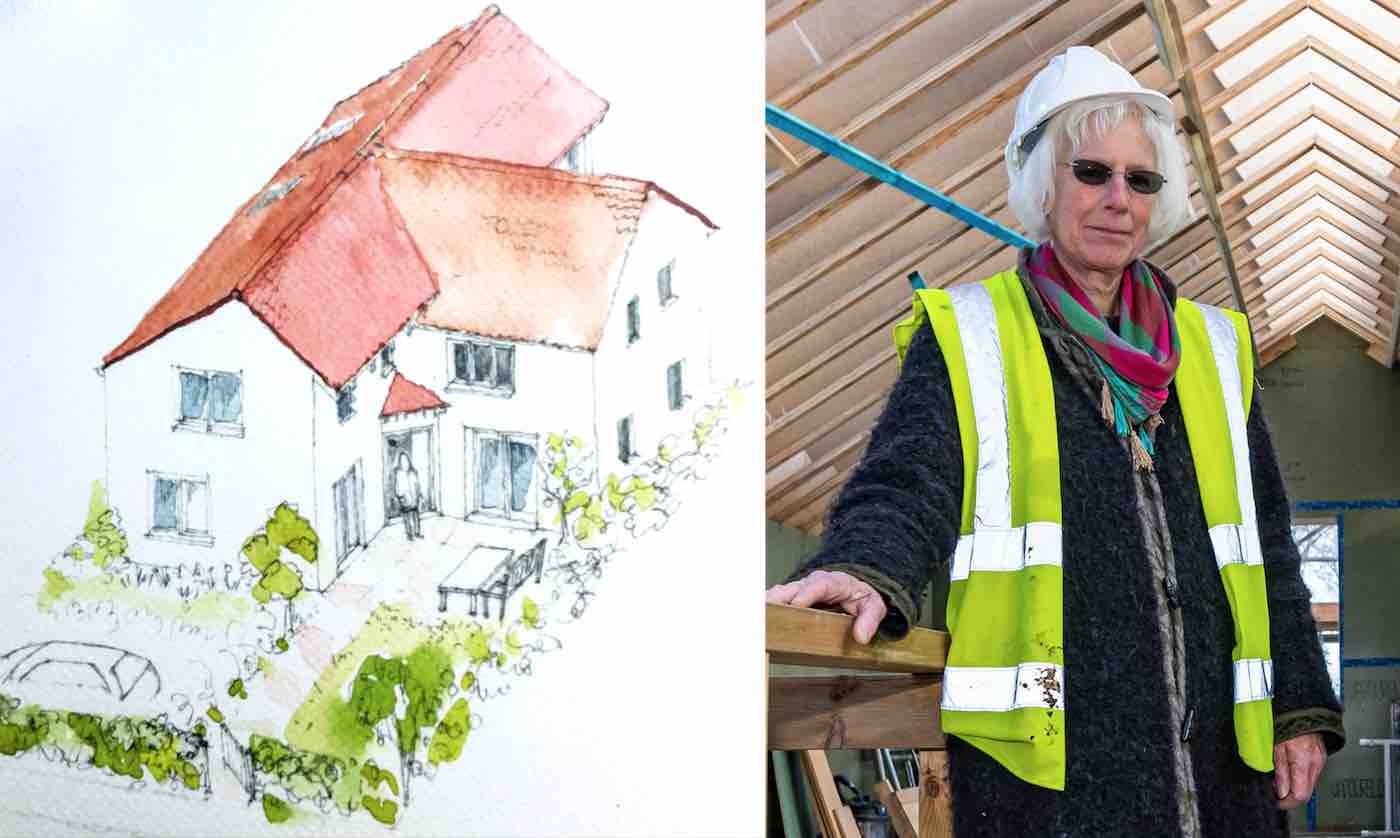 This architect was so appalled by the plans for two new homes in her English village, she bought the land for herself so she could design and build better houses for her neighbors.

66-year-old Fran Bradshaw says that she was “horrified” when developers revealed their plans for the two houses that they planned to build on the plots next to her home in Hickling, Norfolk.

She wanted to design houses which enhanced the village and helped the environment—so she decided to match their price for the plots.

Bradshaw, who has been an architect for over 30 years, then designed and built eco-homes which she says are more in keeping with the area.

“A developer had expressed interest to build two houses and put in a planning application for two homes on the plot next door [which was formerly a car garage],” says Bradshaw. “Our neighbor … approached us and asked if we wanted to purchase the plot ourselves instead.

“The plans from the developers were, in my opinion, horrible. It was price maximizing and I was cross about it. They were badly designed, didn’t fit on the site, and were designed only to increase the site value.

“It made me so angry because I hate designs like those,” she continued. “I believe houses should be built for the people living in them, not the developer’s pockets.

“I thought ‘was that really what people wanted?’ So I matched the offer to buy the plot and have designed two semi-detached houses [and] the village has been very supportive and encouraging of us building the new homes.”

Bradshaw, who is also a partner at an architectural firm in London, specializes in low-energy sustainable design and detailing, using natural materials and the Passivhaus standard buildings.

MORE: This Breathtaking Café Made Entirely Out of Cardboard Shows Just How Eco-Friendly Architecture Can Be

The Passivhaus design is known for combining traditional styles and cutting-edge technology that improves a building’s energy efficiency.

“It’s good for people to know about Passivhauses because they’re so much more beneficial in the long-run for health, comfort, and energy efficiency than conventional homes,” says Bradshaw. “They give people a very even temperature and they’re also so energy efficient that—in the long-run—they end up becoming more cost-efficient than any other house design because they can naturally regulate the temperature to about 21 degrees Celsius.

“People are seeing it works with sensible, long-term savings.”

Insulation for the houses will even include newspaper and sheep’s wool and have each piece numbered so they are assembled like a big jigsaw puzzle.

The plot, which was bought last Christmas, cost Bradshaw and her retired partner Georg Hermann just over £200,000. It’s taken local, specialist builders only nine weeks to get the houses almost finished in basic structure.

Bradshaw’s 82-year-old neighbor Anne Savage said the houses have already had a positive impact on the community.

“The local schoolchildren have been on a school trip up there to study them because they’re eco-friendly,” says Savage. “I think they look quite nice and they look better than the other house that’s a bit further up.”

Bradshaw built her own home with the same Passivhaus design five years ago, although her roof is thatched.

“What’s good about the Passivhaus system is that is uses a timber framed system and is very good at controlling heat-loss and banishing drafts.

“In this country moisture has always been a big issue but this design is perfect for combatting that and regulating a house’s temperature.

“I think we’re as a country, very conventional in our building methods and I think perhaps more sustainable methods are not adopted because to teach the labour industry and turn it into a highly-skilled industry would be very difficult. These really are the houses everyone should be building.”