Home All News Inspiring Homeless Veteran Asks for Nothing, But Town Insists On Helping Him Anyway 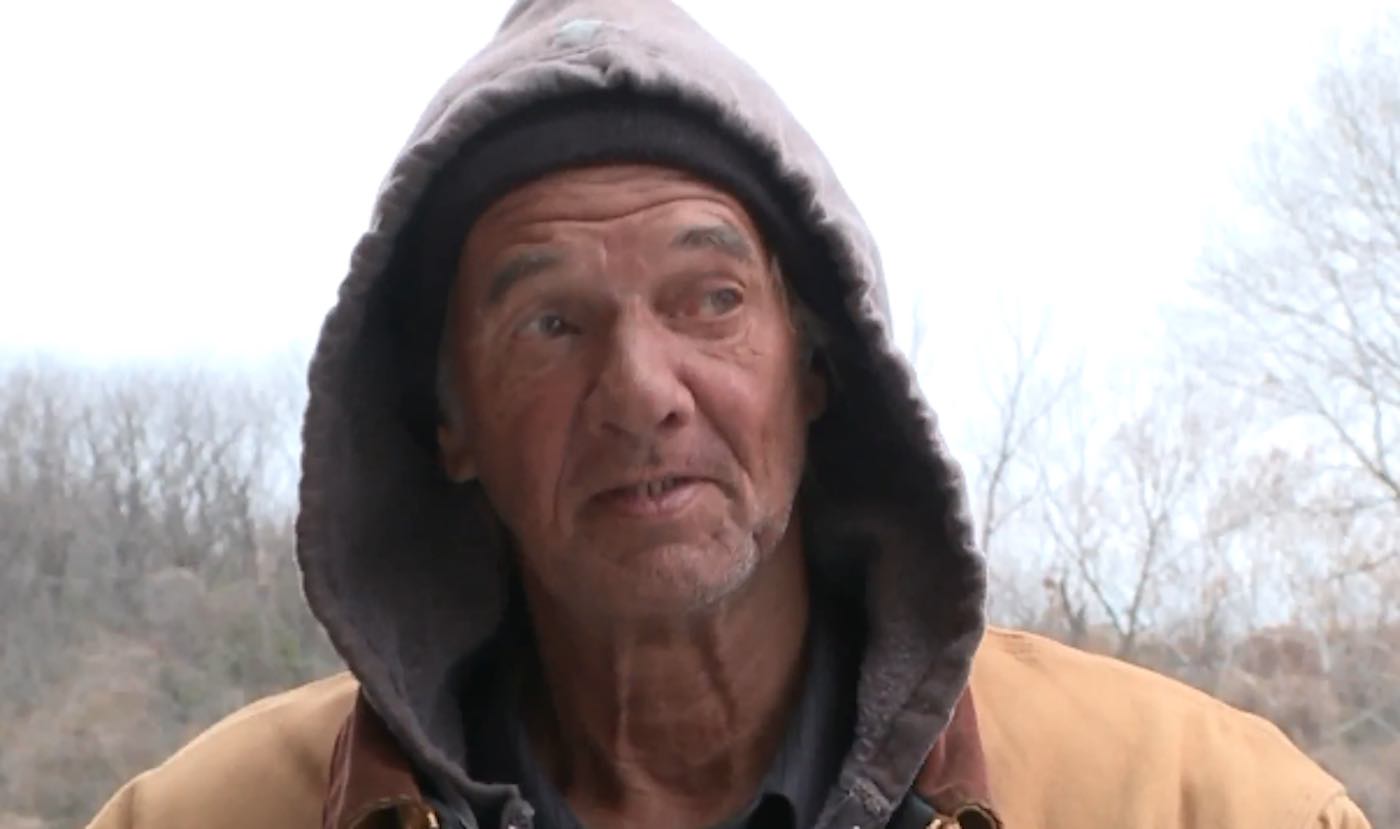 While some towns rally around high school athletic teams, this community has found common ground in their care and appreciation for a homeless man named Steve Arnold.

Enamored by his kind ways, the people of Blue Springs, Missouri have been regularly offering gifts and services to Arnold. Although the 66-year-old veteran never asks for anything, out of principle and personal conviction, he has accepted their kindness and appreciates their willingness to help. Most recently, the local residents gifted Arnold a new sleeping bed, a cot, a new tent, socks, and food. Some made kind offers to do his laundry and give him car rides or a place to shower.

The origin of the community’s fascination with Steve is somewhat of a mystery, even to the residents themselves. But the town’s Facebook page, Blue Springs Community Awareness, primarily became a place to talk about Arnold, what he is up to, and how he is faring.

Sella Minker, a manager of the Woods Chapel QuikTrip where Steve is often seen, told the Kansas Morning Star: “The Facebook page for Blue Springs has been blowing up about him for months.”

RELATED: When Town Superman Needs Help, Community Rallies Behind Him to Raise Thousands

Minker first became familiar with Arnold because he would regularly pick up cigarette butts and trash in front of her store. When asked why Steve became so popular she said: “You know I don’t know; he’s very down to Earth. He’s very quiet, very polite. He doesn’t ask people for money. Just very humble. Very thankful all the time. Gives people hugs. He’s such a sweet guy.”

“That’s just it. He doesn’t ask for anything,” resident Laura Booker told the Star. “Me and some friends gave him $100. He started crying. He didn’t know where his next meal was coming from.”

Steve had been living with his daughter prior to becoming homeless, but due to financial difficulties, had to resort to living in a makeshift tent near the highway. Fortunately, his daughter is currently working on getting a place of her own so he can move back in with her.

MORE: Customers Keep Buying Up All of Donut Shop’s Pastries So He Can Go Home Early to Be With Ailing Wife

Afflicted with mental illness, Steve finds difficulty holding a job and survives with his social security benefits, which don’t offer enough to provide him with rent, and all that goes with that.

Thanks to the local support, however, his quality of living has increased dramatically.

(WATCH the interview below) – Photo by WDAF