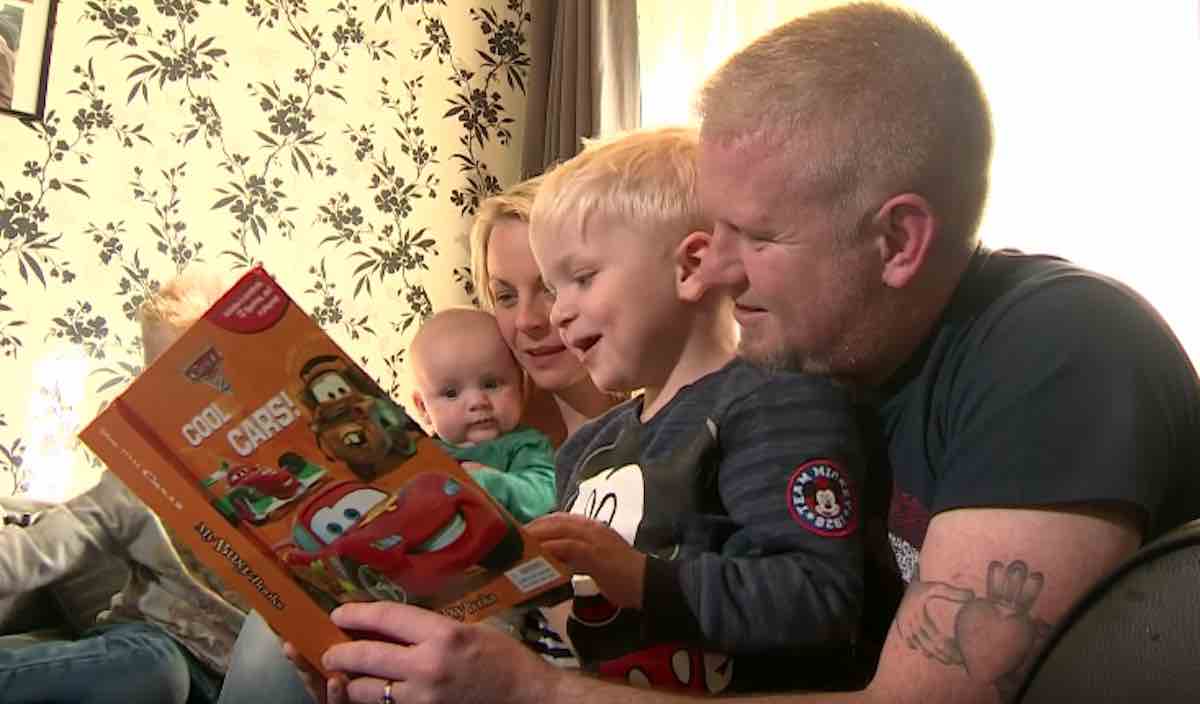 LISTEN to this Good News Guru story broadcast from the radio show with Ellen and Geri on KOST-103.5 (Subscribe to our new podcast on iTunes or for Androids: on Podbean) — or Read the story below…

It has been called one of the “top ten recoveries of all time”—and the actual timing of this resurrection involving a two-year-old boy became a miracle to those who witnessed it.

Dylan Askin was first rushed to the hospital from his home in Shelton Lock, England at Christmas in 2015. Not only had one of his lungs entirely collapsed, but 80% of the surface area was covered in cysts.

The toddler was diagnosed with pulmonary Langerhans cell histiocytosis, an extremely rare form of lung cancer that affects only one-in-ten-million people.

As the boy continued to fight the disease, he developed bacterial pneumonia and fell into a coma.

RELATED: Lung Cancer Patient Given a Year to Live is in Remission Thanks to Cuban Vaccine

Three months later, Dylan’s parents became resigned to their son’s passing when doctors at Queens Medical Hospital told them his condition was not looking good at all. Heartbroken, they agreed to take him off life-support systems on the holy day known to Christians as Good Friday.

“They told us things were looking bleak and that we weren’t going to get him back,” Dylan’s mother Kerry told the Daily Mail. “All the settings on all the machines were at their highest and he was still struggling. We had him christened, all his family came from all over to say goodbye, including his big brother.”

WATCH: ‘Kate Winslet Saved My Life’—Now Cancer-Free, Young Mom Can Raise Her Baby, Thanks to Kate and DiCaprio

Just as Dylan was about to be let go, however, his heart rate returned to normal and his parents immediately told the doctors to wait. Their resilient youngster was not giving up yet.

During the next two days, the boy had recovered so much that he was sent home on Easter Sunday.

Now, at four years old, Dylan’s family announced this week that he had beaten the cancer entirely and made a full recovery in what his parents and doctors called, “an Easter miracle”.

“I am not massively religious, but I did think it was a miracle,” says Kerry. “When we told our eldest son, he said ‘he’s like Jesus’—rising from the dead.”