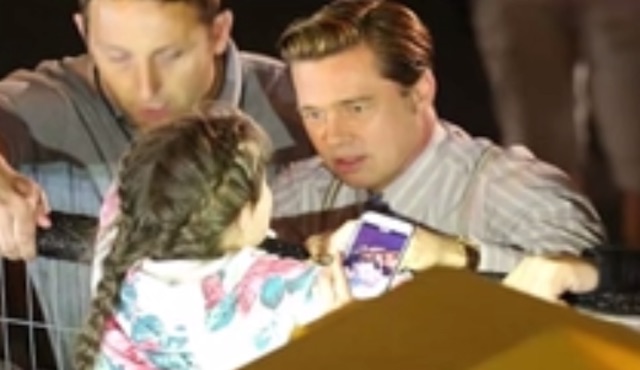 Now we know that not only is Brad Pitt talented and dreamy, but he pays attention to the throng of humans around him, as well.

When the actor emerged from his movie set in San Canaria, Spain, his fans who were waiting behind the security fence surged forward to get photos, all while almost crushing a young girl against the fence in the process.

WATCH: Gymnast Falling on Her Head Saved By Coach With Ninja Moves

Pitt noticed the struggling child and got one his security guards to help him pull her safely away from the fence.

The star – a father of seven kids himself – took a photo with the girl after making sure she was unharmed.

Save Your Friends From Negative Celebrity Press–Click to Share…