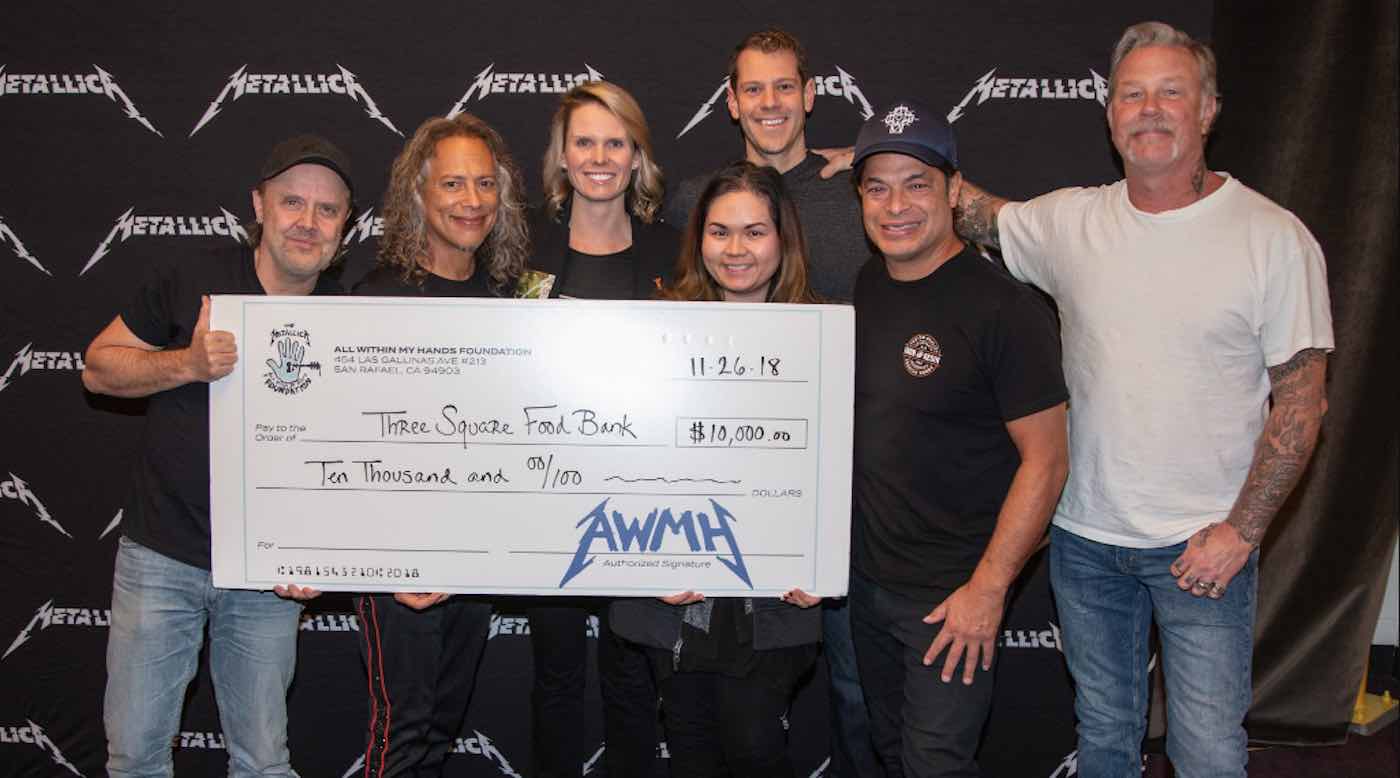 A portion of every ticket sold for #MetInSpokane is going directly to @SecondHarvest_, supporting them in their mission to fight hunger and feed hope. #MetallicaGivesBack #AWMH pic.twitter.com/t2wgru4aAa

— All Within My Hands Foundation (@AWMHFoundation) December 3, 2018

One of the world’s most famous rock bands is ensuring that there is food for all in the cities on their tour.

American heavy metal band Metallica has been donating thousands of dollars to food banks on every stop of their WorldWired tour.

A big thank you to all the fans at #MetInBoise tonight. A portion of every ticket purchased helped raise this money for the @IdahoFoodbank, supporting them in their quest to create a hunger-free Idaho. #MetallicaGivesBack #AWMH pic.twitter.com/eRMtbDrzGd

— All Within My Hands Foundation (@AWMHFoundation) November 29, 2018

The donations are being made through the band’s All Within My Hands Foundation.

The band recently made headlines for their $10,000 donation to the Utah Food Bank, which will be “enough to provide 30,000 meals to Utahns facing hunger”, says the charity.

It's not every day that we get to meet rock stars, but the guys from @Metallica were so kind! They are generously donating money to local food banks at EVERY STOP ON THEIR TOUR, and this past Friday was our chance. Through their @allwithinmyhandsfoundation, they donated enough to provide 30,000 meals for Utahns facing hunger. AND P.S. THE SHOW WAS AWESOME! #MetallicaGivesBack #AWMH #MetInSLC #fightinghungerstatewide

Though the foundation is very consistently donating large amounts of their concert ticket and merch sales, they also made a $50,000 donation to benefit California wildfire victims earlier this month.

Fans at #MetInVegas helped raise this money to support @threesquareLV in their endeavor to supply their program partners with the food & services needed to provide wholesome food directly to hungry people in hundreds of neighborhoods in Southern Nevada. #MetallicaGivesBack #AWMH pic.twitter.com/OgVBSxoRhg

— All Within My Hands Foundation (@AWMHFoundation) November 27, 2018

Hardwired For Positivity: Be Sure And Share The Good News With Your Friends On Social Media