Home All News Inspiring Café Owner Has Been Delivering Free Soup for One Year to Stranger... 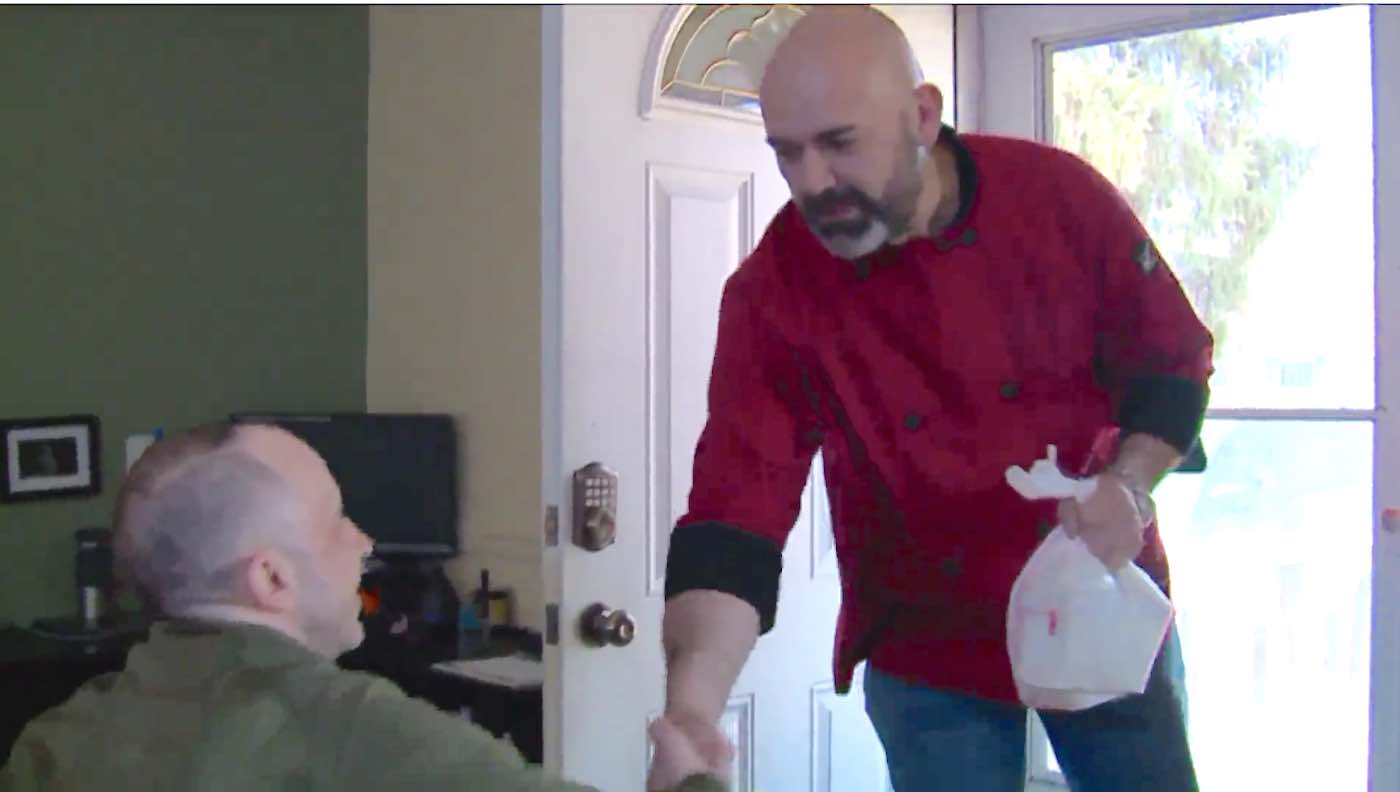 This café owner serves up much more than meals – he has spent the last year serving up kindness to a stranger who loved his cooking.

Juan Carlos Beristain has been the culinary mastermind behind JC’s Cafe in Cary, Illinois. In addition to making desserts and coffee, the 49-year-old chef is renowned for serving up dozens of delicious soups.

Noah Dionesotes is just one of the local residents who adores Beristain’s soups. In addition to coping with multiple sclerosis, Dionesotes has been relying on the soups as a valuable source of nutrition throughout his chemotherapy treatments.

Beristain learned of Dionesotes’s health problems sometime last year after he saw a neighbor’s Facebook post about the man’s condition – and his love for the cafe’s soups.

RELATED: Rather Than Calling the Cops on Hungry Young Thief, 7-11 Owner Sends Him Home With Even More Food

Beristain immediately filled up a few cups of fresh stew so he could bring them to Dionesotes’s house.

Dionesotes was surprised to find Beristain on his doorstep with food in hand – and he was even more shocked when the restauranteur told him not to worry about payment.

Not only that, Beristain said he would continue delivering free soup to the house.

LOOK: Young Man Invites Solitary Senior to Eat With Him and Discovers She is a Widow On a Special Anniversary

Ever since that first encounter, Beristain has been delivering soup to Dionesotes’s house as often as four times per week for the last year.

“I really feel when other people are in pain,” Beristain told WTVR. “I felt that I could help him at least by delivering the soup that he likes, with the nutrition that is going to help him.”

Though Dionesotes’s friends are now trying to raise money for his next round of chemotherapy treatments, he says that Beristain’s compassion has been a very significant kind of treatment for his illness.

“I think the guy’s a saint … he’s an amazing human,” said Dionesotes.

(WATCH the news coverage below) – Photo by WTVR