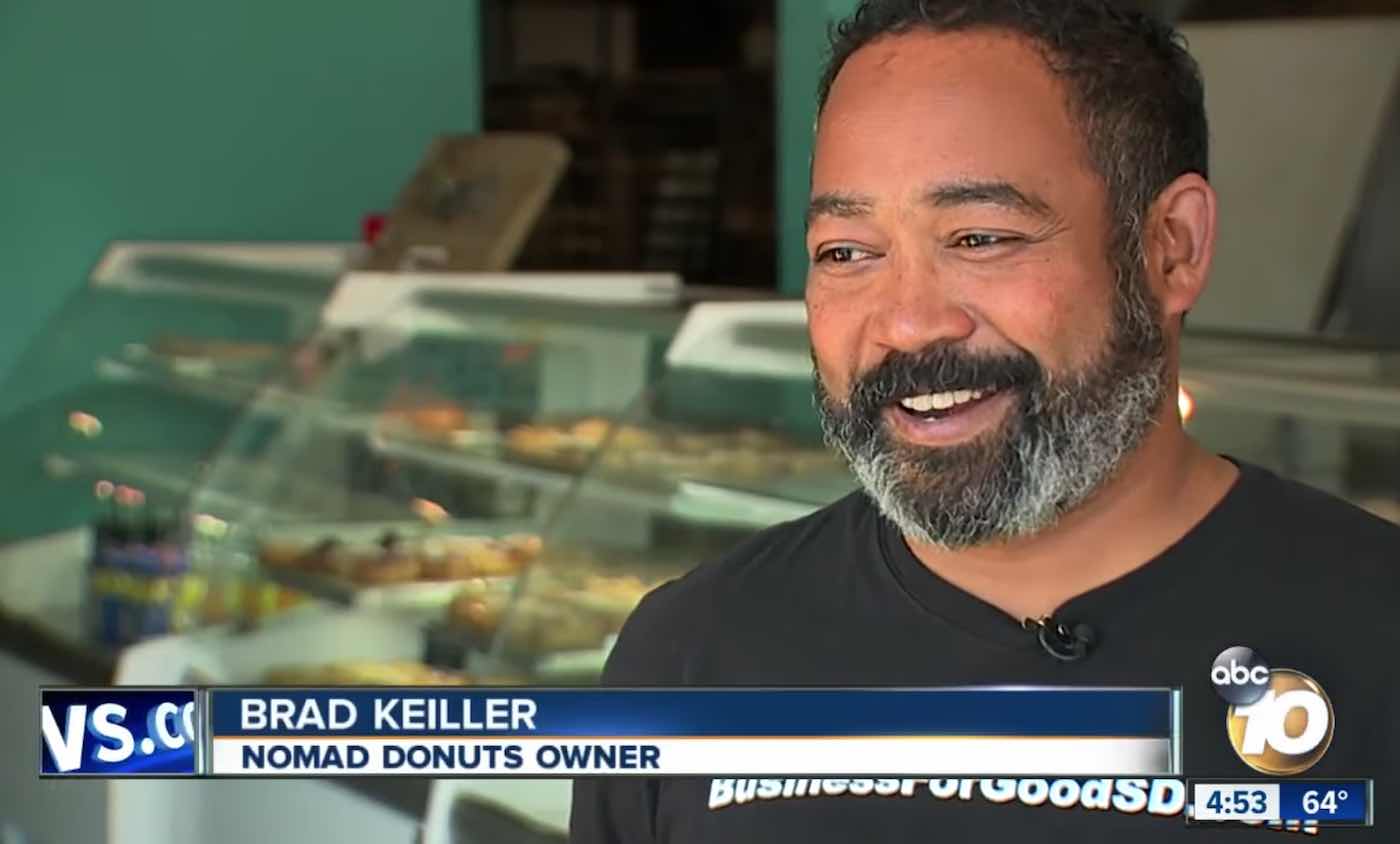 When the owner of a California donut shop was criticized for regularly welcoming a homeless man into his restaurant, he responded with compassion—and he is now being repaid with a flood of support towards him and his homeless customer.

Taylor has been living on the streets since a series of unfortunate financial setbacks left him broke and without health insurance in 2011.

“It was a financial decision to be homeless, not a drug addiction or a moral breakdown,” Taylor told the San Diego Union-Tribune.

RELATED: Man Who Once Spent Winter Without Heating Pays ‘Past Due’ Utility Bills for 36 Families at Risk of Losing Power

Despite enduring the difficulties of being homeless, Taylor doesn’t drink, do drugs, or panhandle for money. Thanks to his friendship with Keiller, however, he does spend many of his afternoons sitting outside of Nomad Donuts, enjoying the occasional conversation with the customers.

Taylor’s presence outside of the store is what prompted one of Keiller’s customers to leave a 1-star Yelp review of the shop back in November. The review, which has since been removed, said that Taylor’s regular appearances outside of the shop “really made them feel great about spending $5 on a jelly donut.”

Keiller spent several days contemplating how to respond to the review before he eventually opted to post a patient public response illustrating how Taylor—and others suffering from difficult circumstances—would always be welcome at the store.

CHECK OUT: Watch Company Surprise All 198 of Their Awestruck Employees With $10 Million in Holiday Bonuses

“I understand how you feel, it’s not easy to look at,” wrote the 49-year-old restauranteur. “I know I probably lose some business, possibly yours, too, because of my choice not to chase him away, but I won’t. He’s not looking for handouts and he tries not to bother anyone. If you stop and talk to him, maybe you’ll come to like him, too.”

Since publishing the response, Keiller’s donut shop has become flooded with an influx of supportive customers. Additionally, Keiller started a GoFundMe campaign to help pay for some of Taylor’s daily necessities—and to Taylor’s surprise, it has raised almost $6,000 in donations from around the world.

MORE: After ‘Mountain Santa’ Dad Spent 42 Years Giving Away Gifts to Poor Families, His Son Decides to Do the Same

“Thank you all for contributing to Ray’s GoFundMe!” wrote Keiller in a later crowdfunding update. “We’ve exceeded [our goal of $1,000], which is just overwhelming for Ray! He’s incredibly touched by all the love and good will.

“Know that you’ve made Ray’s day to day a lot less stressful and more comfortable. He thanks me and all of you daily!

“Yesterday, we withdrew $200 from the fund, which Ray used to buy a VISA gift card from the local Target. He treated himself to a hot meal from the Barons Market last night—and he now has a bus pass thanks to you!!”

(WATCH the news coverage below) – Feature photo by KGTV News