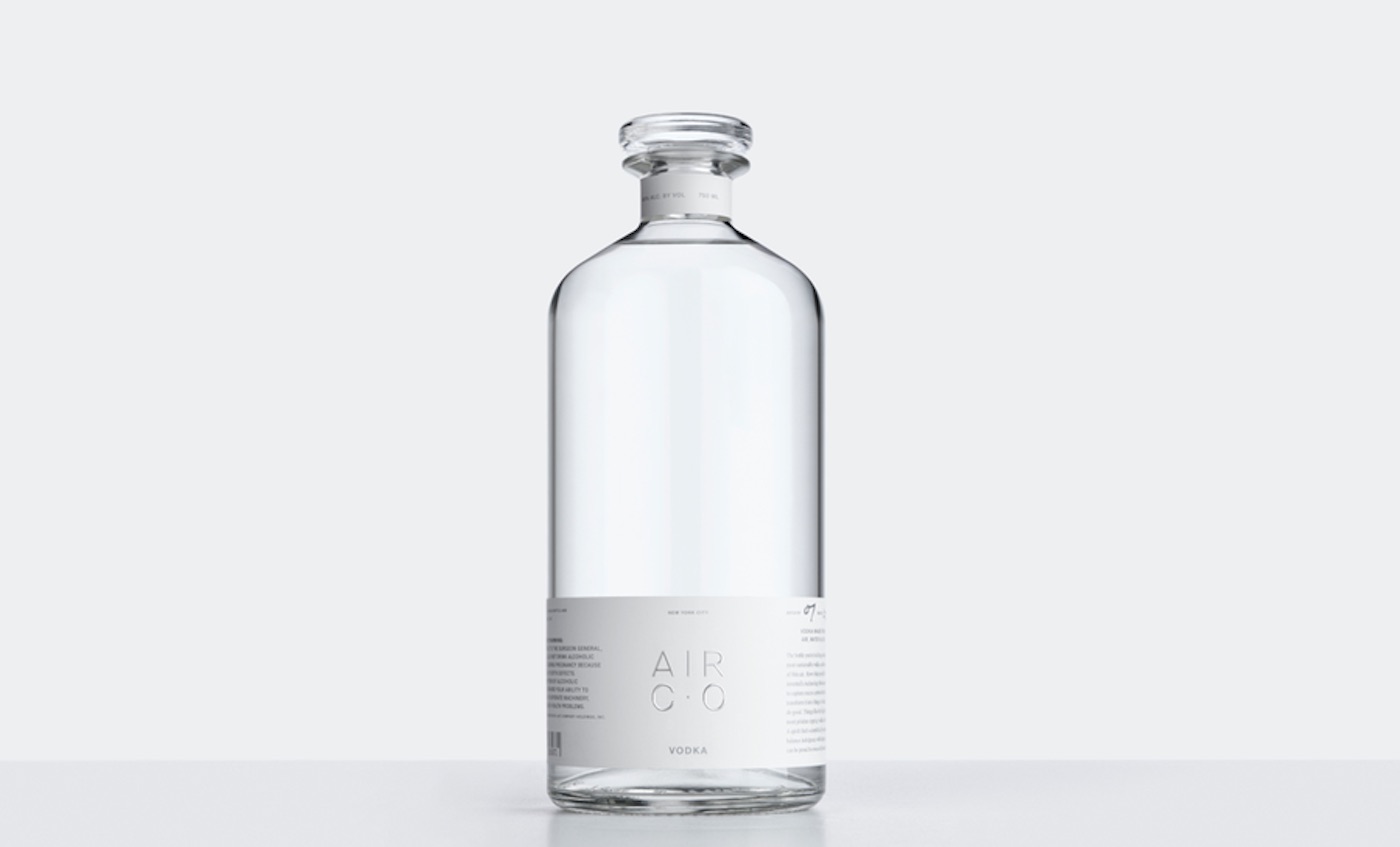 It may sound like something out of an adult fairy tale, but this clever group of entrepreneurs has managed to brew up a carbon-negative vodka “from thin air”.

In what is now being hailed as a “world-first”, the vodka is made using water, renewable energy, and carbon dioxide captured from the air.

The researchers at Air Co. use a small, solar energy-powered machine to pull CO2 from the air so the gas can be split into carbon and oxygen. Once the separated molecules are mixed with water over a metal-based catalyst, they reform to make pure ethanol.

“The process uses the same principles as photosynthesis in plants, but does so more efficiently,” electrochemist and company co-founder Stafford Sheehan told Popular Mechanics. “Following conversion, we distill the 10% ethanol to 96.5% in a custom-built, 18-plate vodka still followed by additional proprietary, trade-secret processes to purify and dilute the ethanol to a 40% alcohol-by-volume vodka.”

LOOK: This New Bioreactor Uses Algae to Capture as Much Carbon Dioxide as an Acre of Trees

While brewing up a typical bottle of vodka might produce about 13 pounds of greenhouse gas emissions, Air Co. vodka actually captures one pound of CO2 for every bottle produced, which is the equivalent daily carbon intake of about 8 trees.

Additionally, the alcohol is more pure than typical vodkas because it doesn’t require distillation to remove all the impurities from grains, yeast, or fermentation processes.

The company’s eco-friendly technology, which has already scooped up awards from the likes of NASA and the United Nations, is currently only producing vodka in New York City.

Air Co. officially launched the alcohol in various Brooklyn-based bars and restaurants last week. Once the holiday season comes to an end, the vodka will be rolled out to specific regional retail markets for $65 a pop.