Home All News Heroes Man Hailed as a Hero After He Rushed to Pull Driver From... 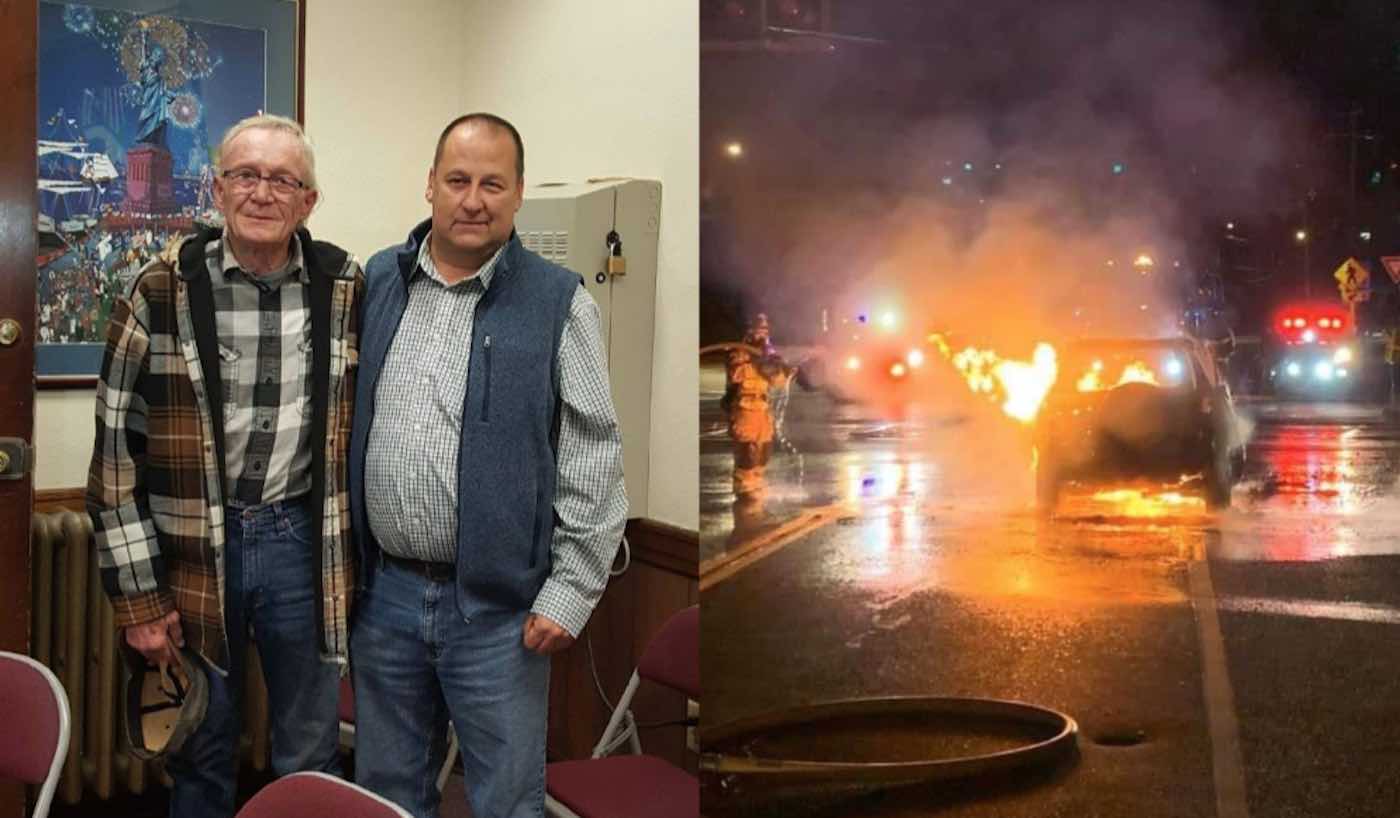 Glennwood Little was saved from his burning car earlier this month with very few injuries thanks to a heroic driver who pulled him from the blazing vehicle.

Little had been on his way home from getting more fuel for his generators when one of the gas cans spilled in his backseat. Since Little had been smoking a cigarette at the time, the fuel suddenly ignited and caused an explosion of flame inside of his car.

After experiencing a wave of yellow light and heat, the dazed Connecticut driver says he tried to undo his seatbelt and escape the car—but to no avail.

Luckily, Edward Cyr was on his way to dinner with his wife when he saw the explosion from his own car across the street.

Stafford City Hall security footage then captured the moment that Cyr ran to Little’s vehicle and pulled him from the driver’s seat.

“I didn’t even see the guy come to the door, he opens it up and he reaches in and he gets my seatbelt off,” Little told WVIT. “My coat and my hat was in flames and he ripped the hat off and my coat and as he took me out I went right into the back of the ambulance.”

Since a random ambulance also happened to be passing the street at the same time, Little was quickly taken to the hospital for treatment.

Thanks to Cyr’s quick actions, Little escaped with relatively few burns—and the Stafford Fire Department was quick to credit Cyr for Little’s survival.

The fire department later presented Cyr with an award for his heroism with Little present for the ceremony.

MORE: Airman Who Was Traveling to Receive Heroism Award Nonchalantly Saves a Choking Baby on the Way

“Without regard for his own safety, [Cyr] pulled the driver from a burning car which just exploded as he turned the corner,” wrote the department’s Facebook page. “Words can’t describe this act. It was captured on a security camera video off the Stafford Town Hall. Mr Cyr, you are a hero.”

The department also used the incredible story to remind people of the dangers of driving with open fuel containers in order to prevent any future accidents.