Home All News Sports With Champagne Bottle and Top Hat This Daredevil Dove Into the ‘World’s... 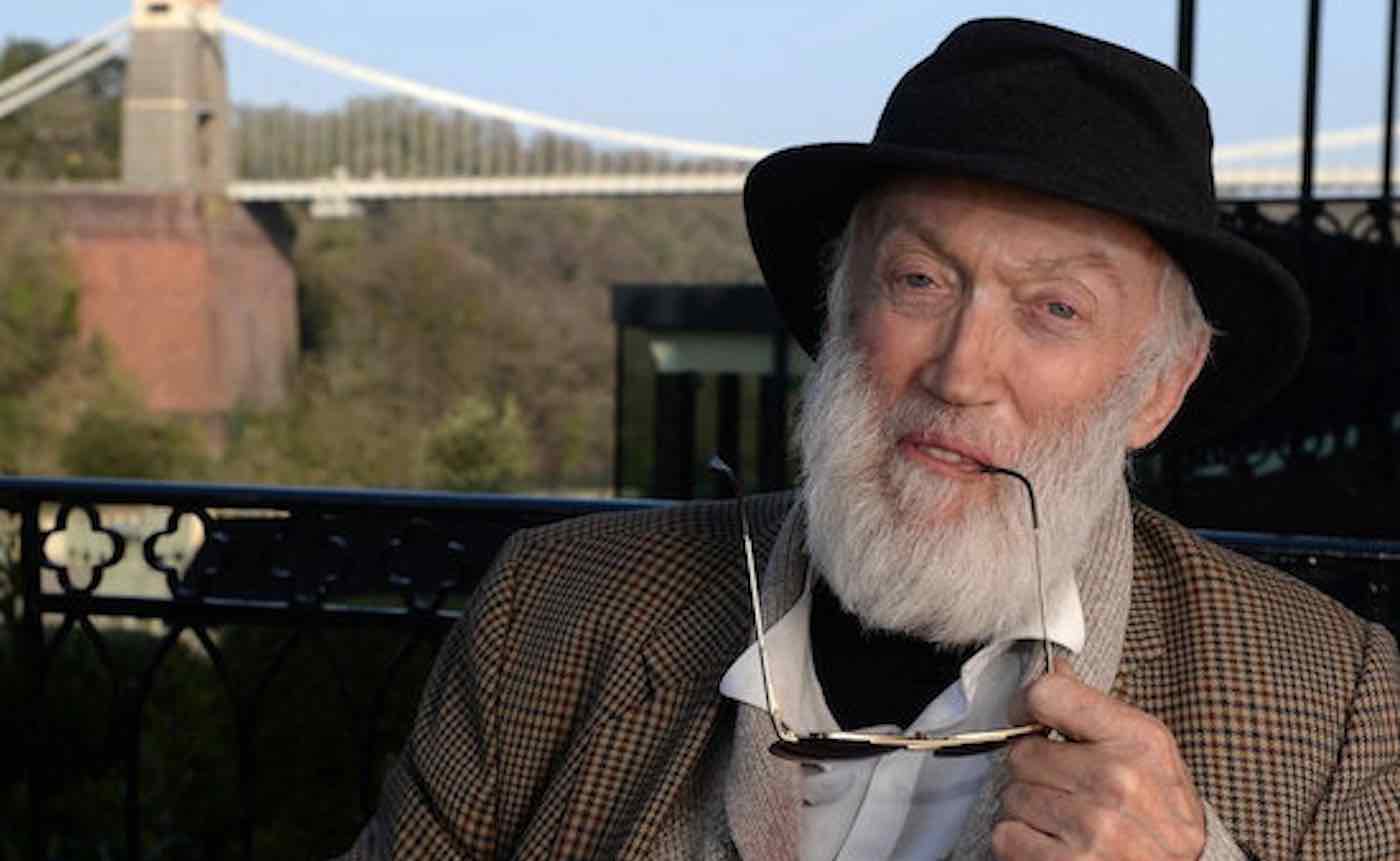 (You can also Listen to this story from our Good News Guru Radio Show, here.)

A daredevil has revisited the British bridge where he claims he carried out the world’s first bungee jump—and he recalls that no one even test the rope first.

75-year-old David Kirke took a leap into the unknown on the morning of April 1st, 1979, using a new invention developed by his cohorts in the Dangerous Sports Club at Oxford University.

The group, who had been up all night partying, took their new device to the Clifton Suspension Bridge in Bristol, England to try it out.

Kirke reportedly took the plunge while he was wearing a top hat and clutching a bottle of champagne.

This week, 40 years later, he went back to the bridge and says they made the jump without testing the rope first—as that wouldn’t have been in the spirit of their adventure.

“We were called the Dangerous Sports Club, and testing it first wouldn’t have been particularly dangerous,” says Kirke.

“I was confident though. We had some very clever guys with us – Alan Weston went on to be head of development at NASA – and they told me it was going to be okay.

“They were elastic ropes used to catch jet fighters landing on aircraft carriers, so I thought it would be okay. The mathematics of it were not something I really understood, but I did it.”

The Oxford boffins got the idea for their mission from the “land–diving” ceremony practiced by the inhabitants of Pentecost Island in the South Pacific.

The initiation rite requires young men to tie vines to their ankles and jump 60 to 80 feet from specially constructed wooden towers to prove their mettle.

Baker said when his girlfriend found out about the plan to recreate the death-defying stunt, she pretty much dumped him. The two sisters of Alan Weston also called the police several times the day before the stunt in a bid to stop it from happening.

Police staked out the bridge early that morning, and Kirke said that the officers approached them.

“They came up and talked to us and decided it was an April Fool, that we couldn’t possibly be considering throwing ourselves off the bridge with a bit of rope,” Kirke said. “So they wandered off again, and that was our chance.”

So with the vigilant eye of the law temporarily looking elsewhere, Kirke took the leap.

“The main thing going through my mind was ‘whoooppeeee’, really, in one word,” he said. “It’s a completely different feeling to anything else, traveling through the air at that speed.

“I didn’t fasten my top hat, so the wind blew it off,” he added.

Upon realizing that it was not an April Fool’s joke, the police returned, hauled up the men, and promptly arrested them.

“We were taken to the cells, but it was alright really,” said Kirke. “The police were very amiable. Although bemused is the word, rather than amused.

CHECK OUT: 86-Year-old Has Lost 120 Pounds Simply By Walking Around Her One-Bedroom Apartment

“They brought us in for the half-drunken bottles of wine we’d left at the bridge, and we were fined or something,” he remembered.

In the 40 years since, Kirke has rocked and rolled from one adventure to another, taking bungee jumping around the world with the Dangerous Sports Club—and it eventually took off in New Zealand.

“I am pleased it took off, it was what we hoped for at the time,” he added.

The Suspension Bridge and the authorities now take an even more dim view of such antics in comparison to 1979, but Kirke did manage to repeat his stunt again on the 21st anniversary of his first jump—with his lawyer driving the getaway car.