Home All News Inspiring Deliveryman is So Kind, Community Gets Batmobile to Throw Him a Parade... 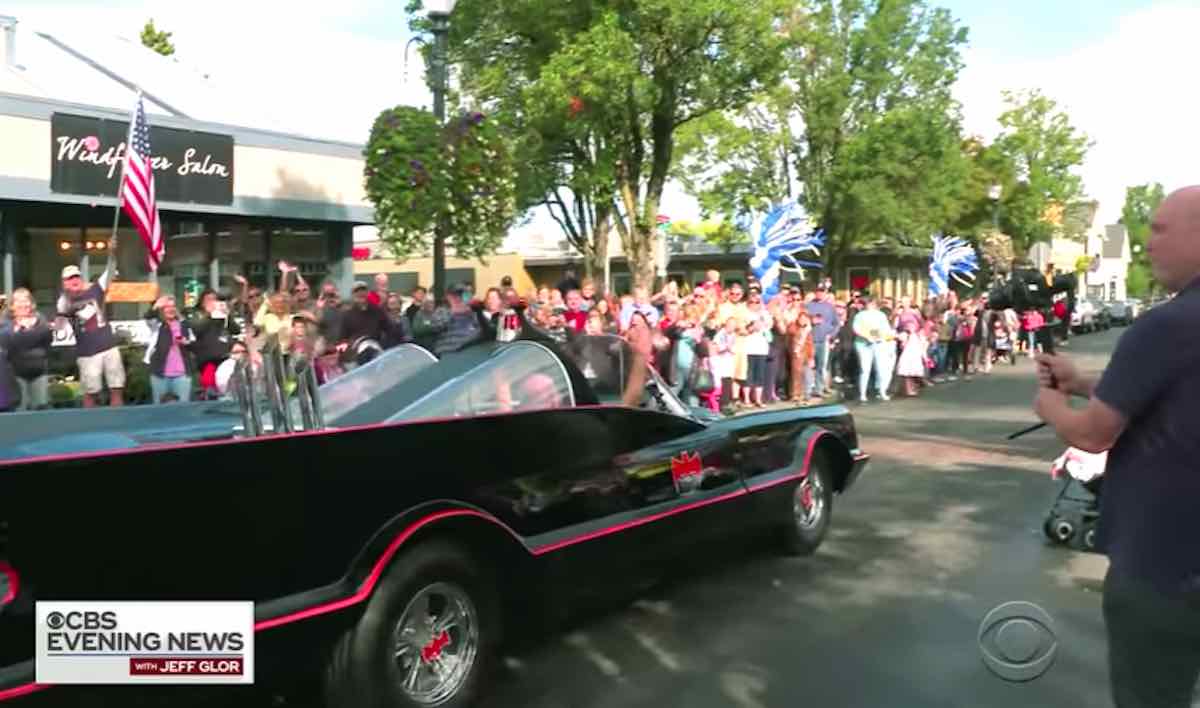 Judging by the way that the community treats Todd Kirnan, one might think that he was a beloved politician or celebrity.

Kirnan, however, is adored by this Oregon town because he has dedicated his life to making people happy.

Every day for the last 20 years, Kirnan has worked as a deliveryman for the people and businesses of Gresham, Oregon. If someone needs coffee or a piece of mail to be delivered, Kirnan gets the job done. While he does accept tips for his services, he simply enjoys using his 12-hour work days to brighten peoples’ days.

Kirnan’s smile and winning personality has become such an integral part of Gresham, the residents recently decided that they wanted to honor their local hero properly.

So the townsfolk went all out and organized a parade in Kirnan’s honor. Since he adores old television shows, they even borrowed a Batmobile to escort the deliveryman downtown.

Then at the end of the parade, the residents unveiled a $54,000 statue of Kirnan that was paid for in cash and in-kind donations.