Home All News Inspiring Disabled Man is Inundated With Job Offers After Holding Sign on the... 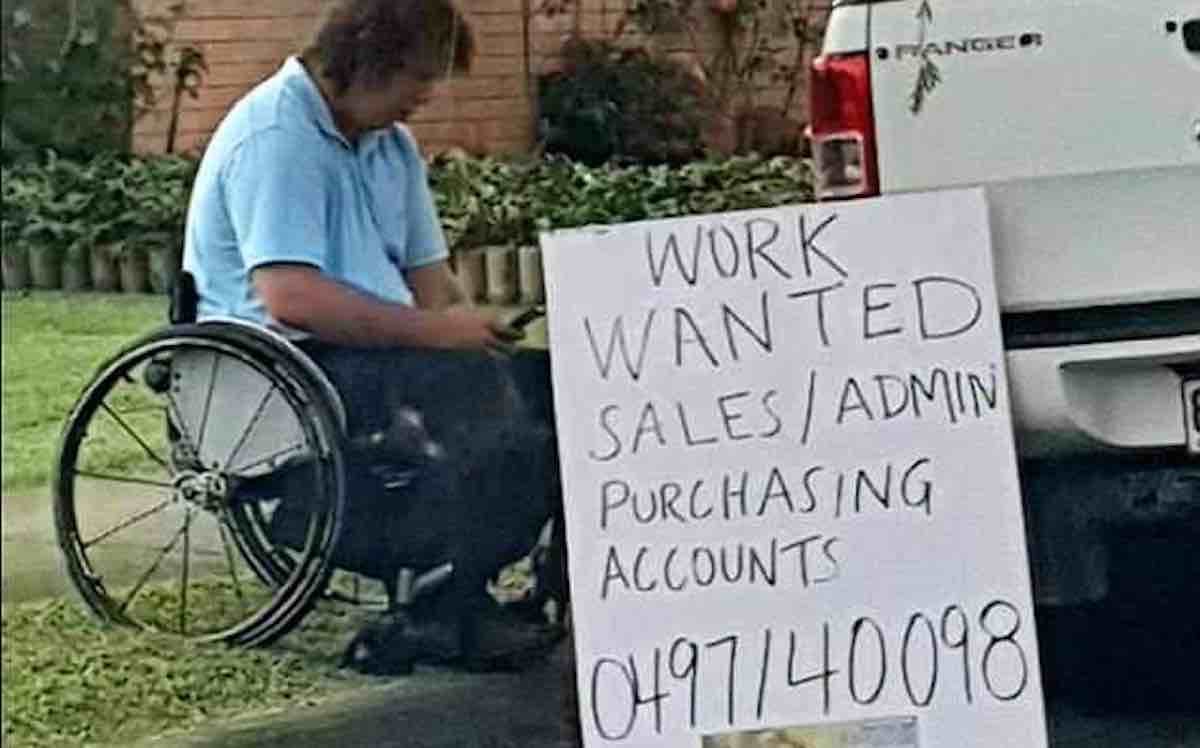 This man’s determination for a job has finally paid off after a photo of him on the side of the road was shared to an Australian community Facebook page.

After moving from Brisbane to Mackay three weeks ago in order to be closer with his family, 33-year-old Mathew Magrath has been trying to find a job.

When applying to positions online and dropping off his resumé failed to land him any interviews, he decided to put himself out there and sit on the side of the road in his wheelchair with a “Work Wanted” sign boasting his experience in sales, accounts, and administration.

For the first few days, he didn’t have any luck.

“It’s a tough time for everybody, but especially when you’re disabled. I find some workplaces are not prepared to take you on because they don’t have the right layout or accessibility for wheelchair users,” Magrath told The Daily Mail.

Magrath lost his ability to walk after he broke his neck 14 years ago by falling off of a 6-foot balcony – but that hasn’t stopped him from working as hard as his able-bodied counterparts.

“I know I can work, I like working. I don’t want to be on the dole or anything,” he told the Daily Mercury. “It’s easier to give up, it is a little bit daunting watching everyone go past but at the end of the day it’s working.”

“People also sort of look at disability as an inconvenience in some sense,” he told the Mail. “There is a stigma against disabled people, but they’re often very loyal and hard-working.”

Finally, after several days without any responses, he was spotted by Katelyn Neal, who snapped a photo of his sign and posted it to the “Jobs in Mackay” Facebook group.

“I’ve seen this person two days in a row down on Lagoon street at around 7:30AM yesterday and today. Thought it might be worth a share and in turn this might help them out.

“I know what it’s like to try to find work and constantly get knocked back. It takes courage to do what he is doing.”

Since she posted the photo, Magrath has been inundated with job offers. With several interviews lined up during the coming weeks, he says he feels very optimistic about the future and he “expects to have employment by the end of next week”.