Home All News Kids Disabled Student Can Pursue Her Dreams of Being a Cellist After Teens... 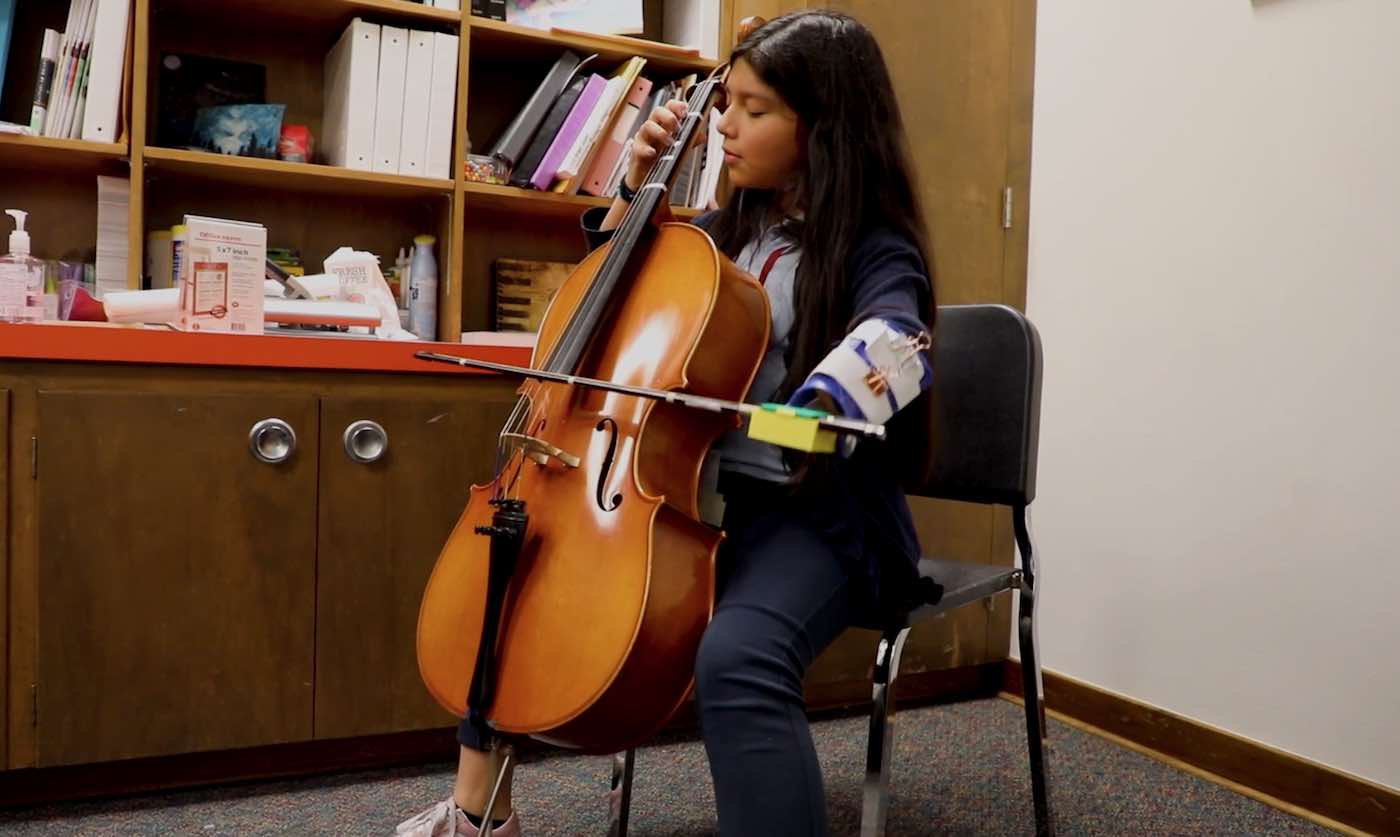 Despite how Kayla Arqueta was born without a left forearm or hand, she was determined to play the cello in her middle school orchestra.

After Kayla approached the Austin Middle School orchestra director Carly Addison about her dreams of being a cellist, Addison knew she had to help the youngster.

“I couldn’t look at Kayla and say no,” says Addison. “When you see a kid advocate for themselves, you just have to do it. Then, it was like all the doors just opened up.”

Upon researching similar stories of amputee musicians on the internet, she found a free set of online blueprints for a prosthetic arm that had helped a high school student learn to play the cello. Addison then reached out to Dwight Davison, who is the engineering teacher at the nearby Nimitz High School.

As luck would have it, the school had recently acquired several 3D-printing for their engineering department—and Davison was more than happy to assemble a team of volunteer high school students to build the prosthetic.

After customizing the designs to Kayla’s measurements, the teens successfully built a prosthetic for her to play the cello—and it has had a dramatic impact on the youngster’s confidence.

RELATED: 11-Year-old Crocheting Prodigy is Raising Thousands of Dollars for Orphans–One Stitch at a Time

“You can see how empowered she’s been by being accepted and encouraged by all of the other musicians in her classroom,” Addison said in a video produced by the school district.

Kayla—who says that the prosthetic has helped her to “feel normal”—now hopes that her story will inspire other students to pursue their dreams regardless of their disabilities.

“I learned that people are willing to help, and that it’s okay to be different,” she said. “I would like other students to know that life is challenging, but everyone is going to love you for who you are.”

(WATCH the school district video below) – Photo by Dennis Palacios