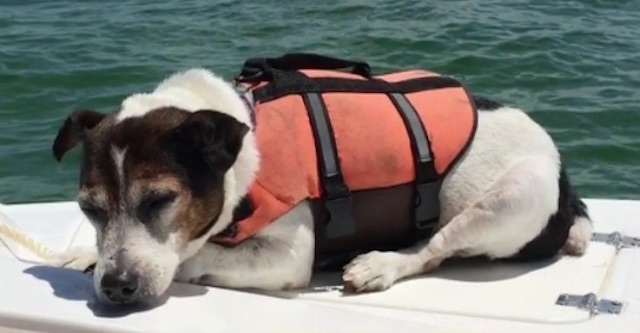 This little Jack Russell terrier is lucky to be alive after floating for three hours on the choppy waves of the Gulf of Mexico.

Thanks to the animal life vest strapped to his body, Jagermeister was able to survive until strangers found and rescued him.

He was reported missing on Sunday from the docks at Hernando Beach, Florida. Two couples who were celebrating their birthdays reportedly saw the pooch bobbing on the sea like a buoy and scooped him up with a rescue.

“You just saw his little nose sticking up out of the water,” Shawn Sahr told WTVT-TV.

If they hadn’t noticed his orange vest, he might have been lost for good.