Home All News Inspiring Dozens of Bikers Visit the Lemonade Stand of the Girl Whose Mother... 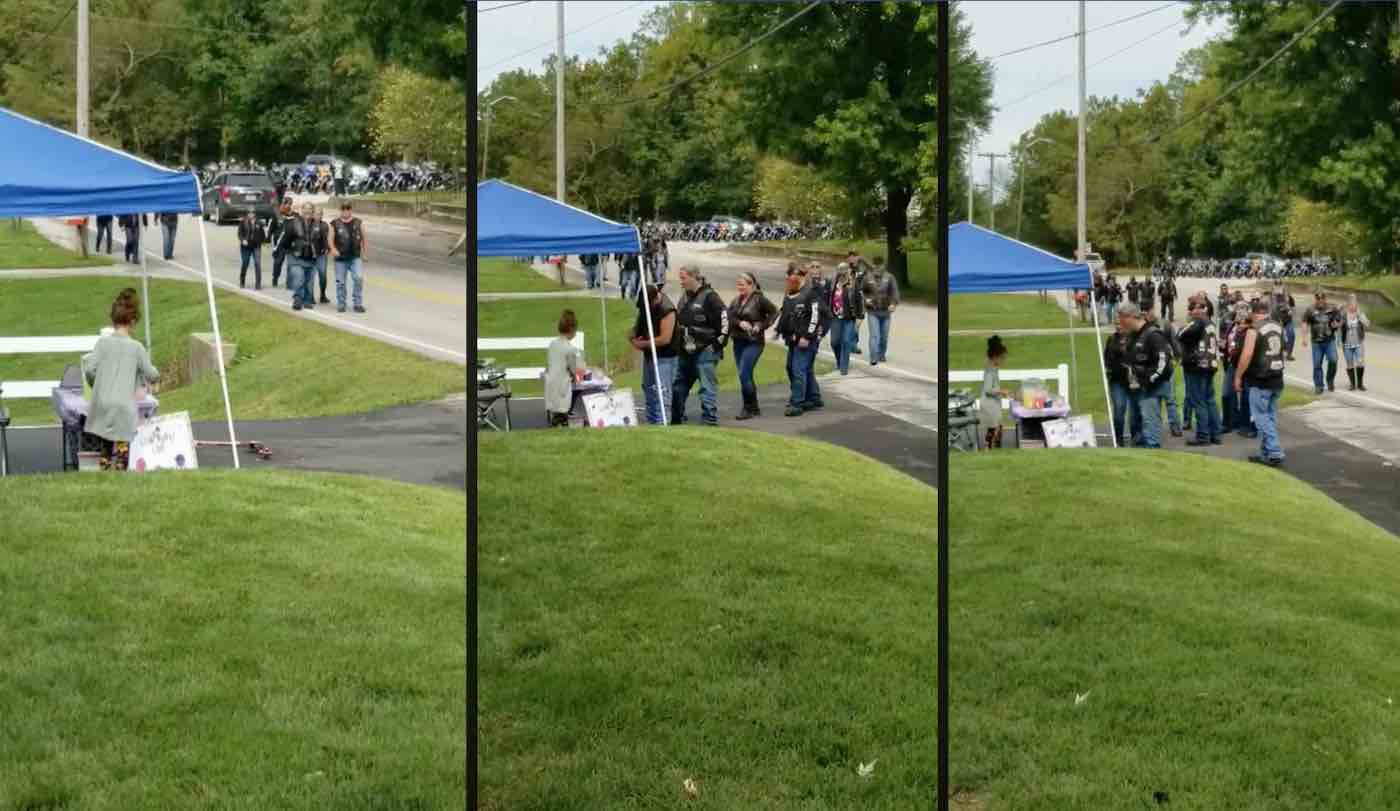 This little girl’s lemonade stand was flooded with business thanks to dozens of motorcyclists who are still grateful for the kindness her family showed them one year ago.

Back in September 2018, several members of the Milwaukee Irons motorcycle club were involved in an automotive accident in Chili, Indiana. Daryn Sturch, who happens to be a nurse, had been driving down the road with her daughter when they came upon the scene of the collision.

Sturch immediately jumped into action and helped to assist the bikers in any way that she could—and they are still appreciative of her help.

Since the bikers stayed in touch with Sturch on Facebook, they saw that her 8-year-old daughter Bryanne had set up a lemonade stand. Not only that, she had advertised it to be “the best lemonade in the state.”

More than 30 leather-clad motorcyclists then showed up at the lemonade stand to surprise Bryanne—and the results are adorable.

One of the bikers who arrived was one of the men who Sturch helped on the day of the accident last year.

“I feared for his life. This was the first time I’ve seen him since that day,” Sturch told RTV6. “Not only did they make my daughter’s lemonade stand unforgettable, but reuniting with these people and seeing how well they are doing was such a fantastic surprise!”

Bryanne’s grandfather published a video of the surprise visit that has now been viewed more than half a million times—and Sturch hopes that it will help people to look past people’s appearances.

“My big takeaway is that I really want people to step back and understand that we can look differently, talk differently, dress differently, have different interests… but just because we are ‘different’ doesn’t mean that we don’t share the same core values,” Sturch said in a statement shared with Fox News. “It’s about respect, love, kindness, and the desire to serve others.”