Home All News Heroes Cyclist Carries Injured Stray Dog to Safety On His Back, Then Bumps... 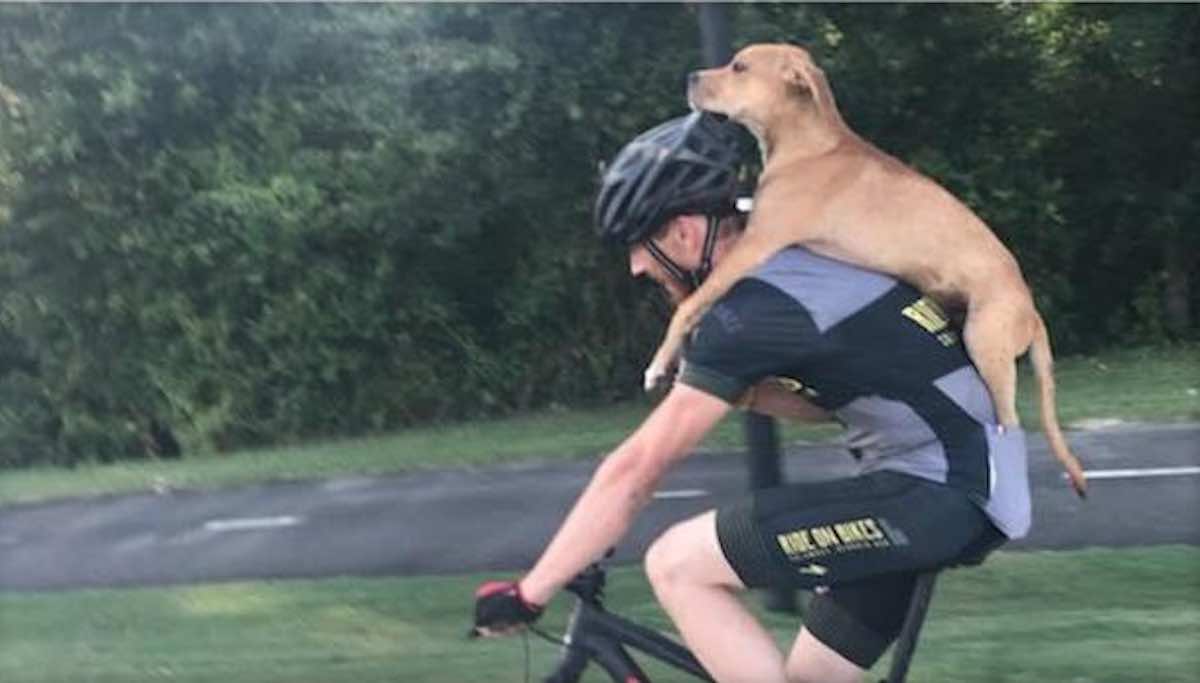 A puppy that suffered an unfortunate injury has been given a lucky break, thanks to some guys on their mountain bikes who happened to find it in the woods.

Jarrett Little and a few other cyclists were riding through a forested area in Columbus, Georgia when they stopped to take a break. As they recuperated, a dog limped out of the woods.

Jarrett suspects that the dog had been hit by a car because it was malnourished, and it was sporting road rash and a broken leg. After he and his friends gave the dog some food and water, they puzzled over how to help the dog.

Since they were in the woods, they couldn’t get a car in to escort the canine to safety, yet they didn’t want to leave it alone in the forest either. Jarrett then took it upon himself to hoist the dog onto his back and ride the 7 miles back to town.

RELATED: JetBlue Crew Praised for Saving Dog’s Life When It Was Struggling to Breathe on Plane

They stopped at a local bike shop and wanted to get the dog more food and water. Fortunately, Andrea Shaw was in the store.

Andrea, who coincidentally was in Georgia for work purposes, experienced an instant connection with the dog. The woman was so taken with him, she immediately adopted him, paid for his medical bills, and even found a local organization that could comfortably transport the pup to her horse farm in Maine.

In light of his astounding story, she decided to name him “Columbo” after the town where Jarrett found him.

Columbo’s rescue garnered so much media attention, Shaw created a Facebook page for him called “Adventures of Columbo”. She now uses the page to report on his recovery process and budding new relationships with the other animals on her farm.

The cyclist is delighted by Columbo’s progress, and calls his lucky encounter with Shaw pure fate.

“Had I been five mins earlier or five mins later, we wouldn’t have crossed paths with her,” the cyclist told CBS News. “It’s pretty cool how far he’s come.”