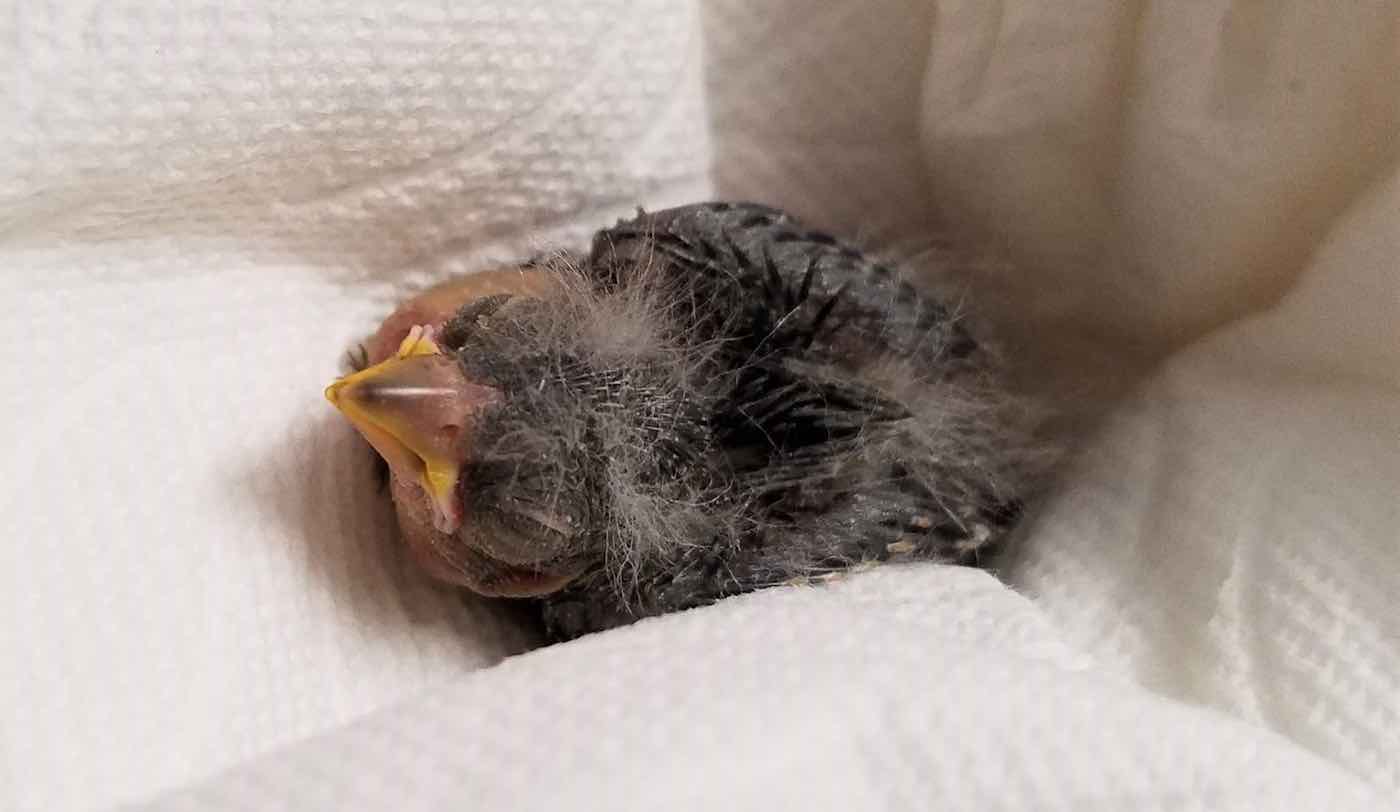 A baby bird has been given a new lease on life after a resourceful partygoer made sure that it could be transported to a rescue center in the safest – and most modern way possible.

Animal rescuers from the Wildlife Rehabilitation Center of Northern Utah (WRCNU) were surprised to find an Uber waiting outside of their front doors last week. The only passenger that had been waiting in the backseat of the car was a tiny baby bird.

Tim Crowley and his friends had rescued the bird as they were in the middle of enjoying a weekend get-together in Clinton.

They had been sitting outside when the bird suddenly fell out of the sky – and they could not figure out where it had come from.

Upon calling the WRCNU, rescuers said that Crowley ought to bring the bird in for treatment as soon as possible. Since Crowley had been drinking, however, he and his friends did not feel capable of driving the little lesser goldfinch to the animal hospital.

Crowley and his friends then called an Uber for the bird and told the driver about their unusual passenger. When the driver canceled the trip due to the bizarre nature of the journey, Crowley then waited to tell their second driver about the feathery passenger until she had already arrived.

Luckily, the woman agreed to drive the bird to the rescue center.

Though WRCNU rescuers were confused by the arrival of the little bird, they quickly took it under its wing and made sure that it got the proper treatment.

The bird, who has fondly been named “Petey Uber” by the rescuers, will most likely be ready to be released back in the wild just in time for the migration season at the end of the summer – and it’s all thanks to Crowley’s quick thinking.

(WATCH the news coverage below) – Photo by the WRCNU