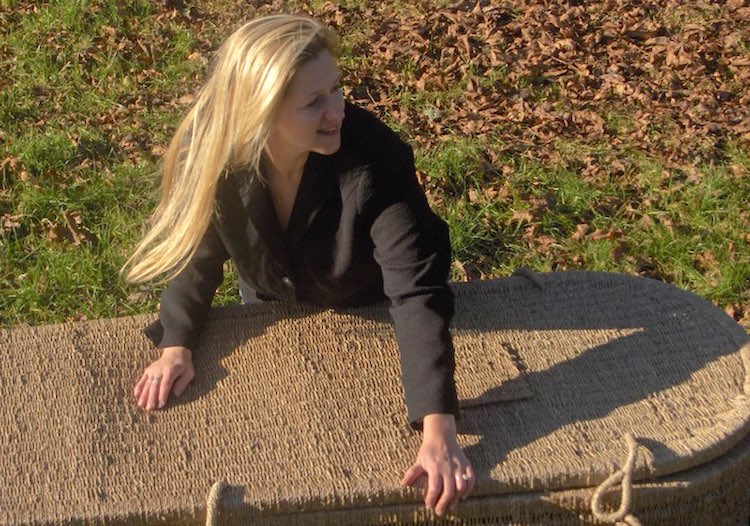 Death is a natural part of life that everyone must deal with, but when the financial burdens of funeral costs and burial services mount, families are often heaped with an unnatural amount of stress after losing a loved one.

That’s why one mortician in Boring, Oregon decided to make a difference—bringing her big heart and lower-cost biodegradable options to the funeral business in her small town.

Since she opened Cornerstone Funeral Services eleven years ago, Elizabeth Fournier has given hundreds of mourners affordable services, and sometimes foregone fees altogether. 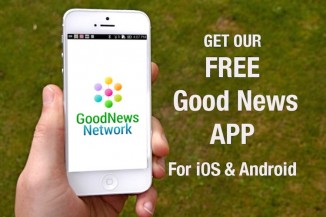 “As long as the mortuary board is happy with me, and I am being ethical I tend to march to my own drum,” Elizabeth told Good News Network. “If a family is truly having a hardship, I have no issue giving services away.”

Elizabeth guesses she has excused over forty parents from paying any money for child burials or cremation services, and has financially assisted over 20 families with regular services. Typical funeral costs in America average around $7,500 or more, but Elizabeth charges only $2,000.

RELATED: Biodegradable Urns Will Turn You Into A Tree After You Die

As well as offering steadfast affordability, Ms. Fournier cares about the environment and has earned the nickname “The Green Reaper”.

She creates her own biodegradable urns out of dryer lint, flour, and water which she has donated to poorer families. The urns are just one of the many ways the Green Reaper cares for Mother Earth, such as using biodegradable shrouds and wooden coffins rather than concrete, embalming fluids, or expensive caskets.

“Being an undertaker has helped me with many daily things,” says Elizabeth, “from wearing my seatbelt and always telling my family that I love them, to bigger things such as knowing that I am on this earth for a greater purpose outside myself. I truly view my job as my ministry.”

Elizabeth has always had a close relationship with death and has followed an unwavering interest in funeral science since her childhood at age 8 when her mother and grandparents passed away. She was a mass communications student in college before studying to be an undertaker while working odd jobs.

“The funeral industry seemed like a natural life path for me. I started to read about different cultures death rituals in National Geographic Magazine. When a friend’s pets died, I’d perform the funeral. Black quickly became my favorite color. I watched the burial scenes on TV with great interest.”

Fournier discovered 20 years into her career that several of her family members on her father’s side had been morticians.

“One day he started telling me about his life on the South Side of Chicago: his church and his school, and oh yeah, his aunt and uncle had a funeral parlor in the Polish neighborhood. What? What were you telling me? I was completely blown away. I asked him why he had never told me about them– and other relatives in the past– and he told me simply, it just never came up.”

Most of the students at her Catholic school in Portland, Oregon had living parents, so Ms. Fournier became a resource for peers who suffered loss: from pets to family members, Elizabeth became renowned as always knowing just what to say.

“Everybody looked at me as their go-to girl for death.”

Now a 47-year-old mom with a husband who coincidentally met her at a crematorium, Fournier continues to serve the families of Oregon with her motto “Cornerstone Funeral Services: Where Compassion Guides.”

“Dealing with loss is hard. I advocate for people to dialogue and have conversations and go to support groups and read on the Internet and get whatever nourishment or guidance they need to work through the loss. When someone dies, the rug really is pulled out from underneath you. You are cracked wide open. It’s important to fill that crack with positivity and love.”