Home All News Inspiring Family Accidentally Transforms Weed Growing From the Sidewalk into a Beloved Charlie... 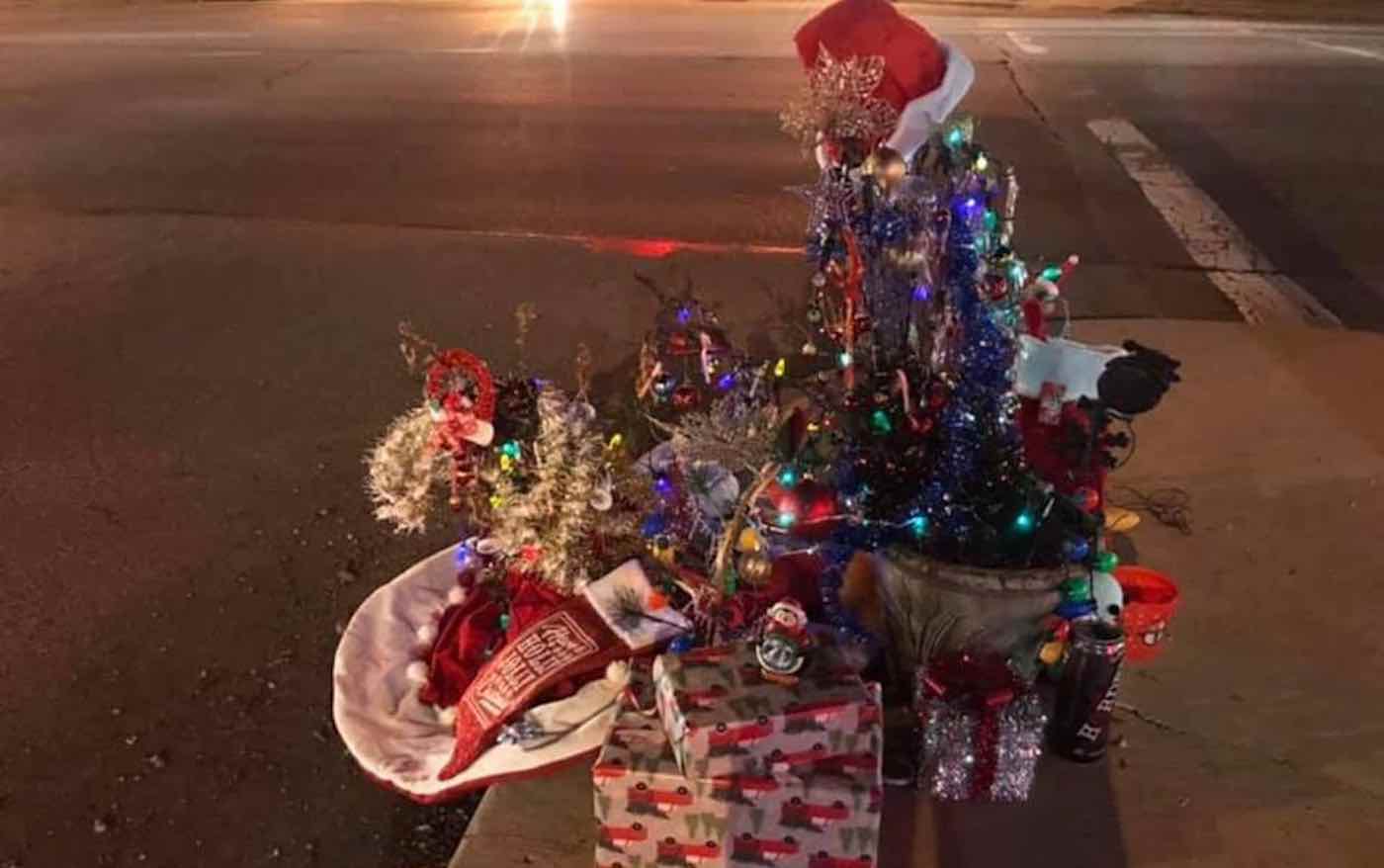 This roadside weed has become the beating Yuletide heart of its city thanks to how its residents took some time to show it a little love.

It all started in early December when 20-year-old Alyssa Emrick and her family were driving through Toledo, Ohio. They were stopped at a busy intersection when the college student noticed an impressively tall weed growing out of a crack in the sidewalk.

Emrick remarked on how it resembled the sparse little tree from the Charlie Brown’s Christmas special. Her dad then suggested that they all pitch in to decorate it – and once her brother and grandmother agreed to the festive scheme, they pulled over at a local convenience store to buy ornaments and tinsel.

They quickly raced over to the sad piece of greenery and brightened it up with their decorations before heading home.

Over the course of the next few days, Emrick was delighted to see pictures of the festooned Christmas weed appearing on her social media feeds. She was surprised, however, when the photos started to show that more and more decorations were appearing on the tree.

One of the photos showed that someone had hung ornaments on the weed’s branches; another person then wrapped it up in Christmas lights; and while it wasn’t Linus’s blanket, someone else added a tree skirt to the base of the weed.

People became so enthralled by the jolly community hotspot, a Facebook page was created for the Toledo Christmas Weed so people could post their pictures of the shrub.

LOOK: Read the Amusing Card That Two Cheeky Mailmen Have Been Sending to Each Other for 43 Years

The contributions didn’t stop at decorations, either – soon after the weed started to garner more decorations, wrapped presents, warm winter clothing, and non-perishable food items started to accumulate under the weed.

One family posed with the shrub for their yearly Christmas photo. Carolers on the Toledo Christmas Weed Facebook page made plans to sing carols at the intersection.

On top of all of that, the weed now shows up on Google Maps as a city attraction.

A local Grinch tried to spoil the fun by stealing the Christmas weed – but someone else immediately replaced it with a dead potted houseplant.

MORE: JetBlue is Delivering Gift-Wrapped People to Their Loved Ones for Christmas

People continued to leave so many gifts and donations under the Toledo Christmas weed, it almost became invisible under the avalanche of free toys, food, and clothing. The outpouring of garlands even stretched to a nearby streetlight so that its base was wrapped in stockings, bows, and wrapping paper.

“We were mind-blown,” Emrick told The Washington Post. “We just expected people would see it and smile.”

But according to Toledo residents, the real-life Charlie Brown tree had become so much more.

“A community coming together and creating something beautiful out of a weed – there is a lesson to be learned here; With love, caring and attention anything, and anyone can be a light to others. I thank you. Happy Christmas to all,” wrote one resident.

CHECK OUT: Secret Santa Pays Off $430,000 of Layaway Items at Walmart – Turns Out it Was Tyler Perry

Emrick also has an idea about why a shrub became such a beloved part of the city.

“People are looking for positivity in the world,” she told The Post. “The fact that people saw this small little weed and were able to make it a community project, they’re trying to focus on the good.”

Merry Christmas, Charlie Brown! Be Sure And Share This With Your Friends On Social Media