Home All News Laughs Read the Amusing Card That Two Cheeky Mailmen Have Been Sending to... 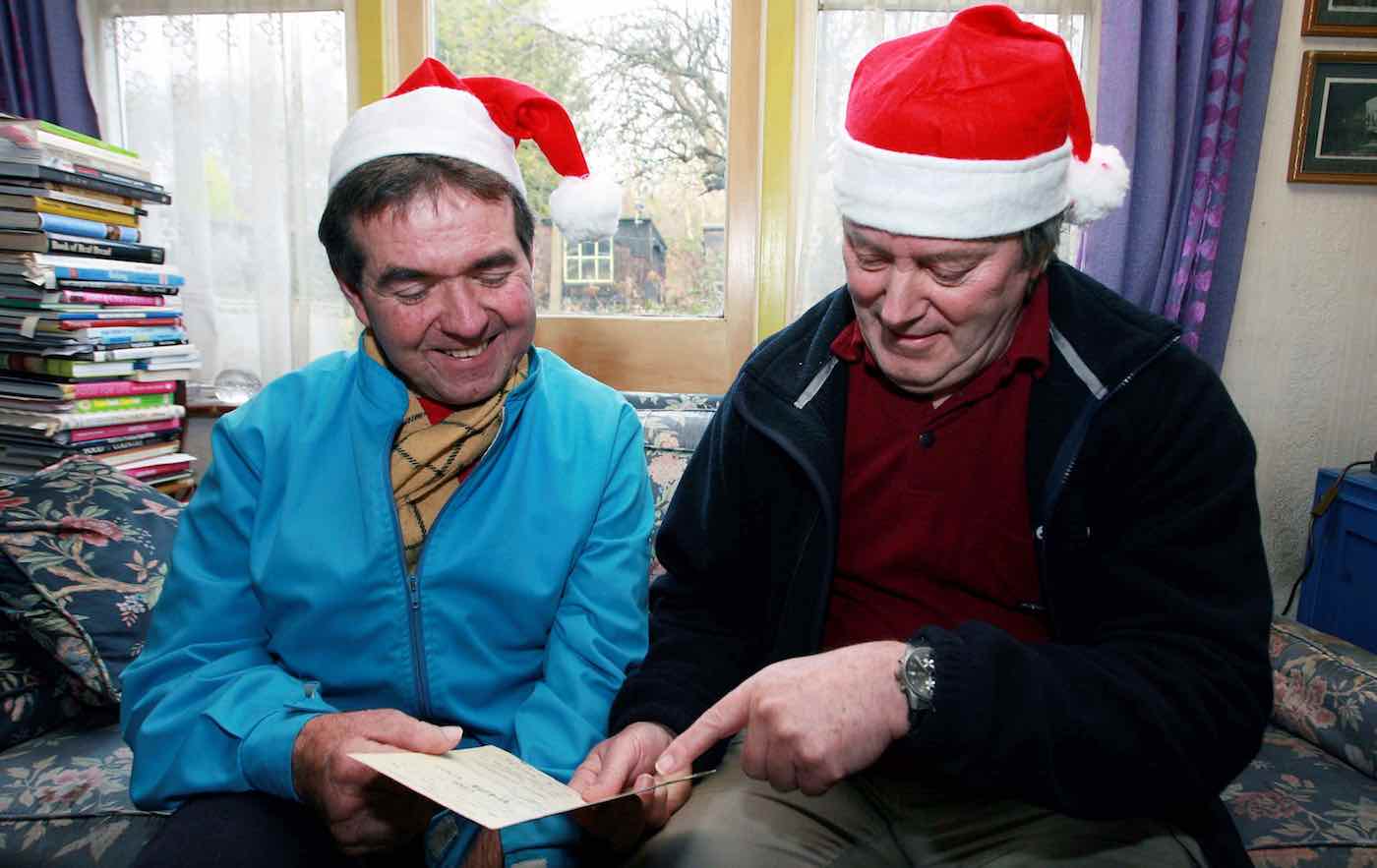 Two retired Royal Mail workers have been exchanging the same Christmas card for more than 40 years – but since the card has become so precious to them, they refuse to post it in case it gets lost.

Every December, 78-year-old Raymond Pearson and 59-year-old Steve Ford take it in turns to deliver their festive greeting and add a new message to the card.

The comments they’ve included over the years usually include jokes, clever rhymes and jibes about saving cash, such as “Over to You in ’92” and “The Saving is Mine in ’79”.

“Each year, it is a short message, and we try and think of something rhyming,” said Pearson, who is from Stourbridge, West Midlands. “This year it’s quite weird – but that’s Steve.

LOOK: Hearts Are Melting Over This Young Man’s New Friendship With a Lonely Senior He Met at McDonald’s

“It says ‘It’s Christmas time 2019, the card is making news, may your year be full of tidings bright and devoid of any blues’.

Their bizarre tradition started in 1975 when Pearson sent the Yuletide greeting to Ford.

“We both used to work for the Royal Mail,” said Pearson. “In 1975, I was in personnel, Steve was a cadet. We both had similar interests in motorcycles and films, so I sent him a Christmas card.”

LOOK: Groom Can’t Contain His Laughter When Bearded Best Man Shows Up in the Dress Where His Bride Should Be

Instead of putting it up on the mantle, however, Ford decided to post it back to Pearson as a joke.

Little did they know it at the time, but the friends had started a custom which was to continue every Christmas for the next 43 years.

RELATED: US Embassy Apologizes for Accidental Mass-Mailing of Invitation for ‘Cat Pajama-Jam Party’

Despite how they are both retired Royal Mail stalwarts, they always insist on hand-delivering the battered card so that it won’t get lost or damaged in the post.

“Once we started, we had to carry on,” he added. “It didn’t really cross our minds we would be doing it for 43 years. We just kept on doing it.”

Ford, who is from Kingswinford, said: “I just thought it’d be funny to keep [the card], take it to him next year and see his face, if he remembers the card – and then the swine sent it back to me.

“We’re running out of space to write inside the card and we may be on the back cover next year.”