Home All News Laughs Firefighter Dresses Like Buddy The Elf And Starts Pillow Fights With Shoppers–and... 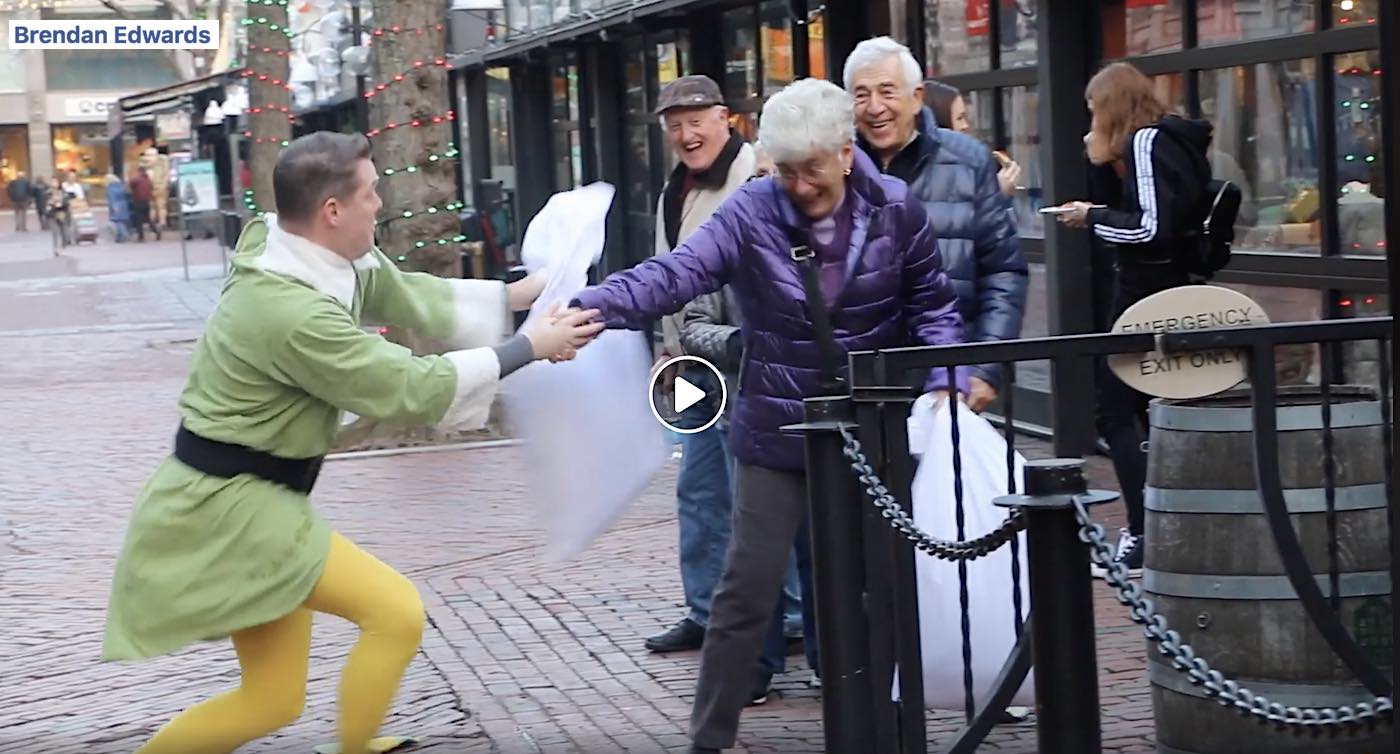 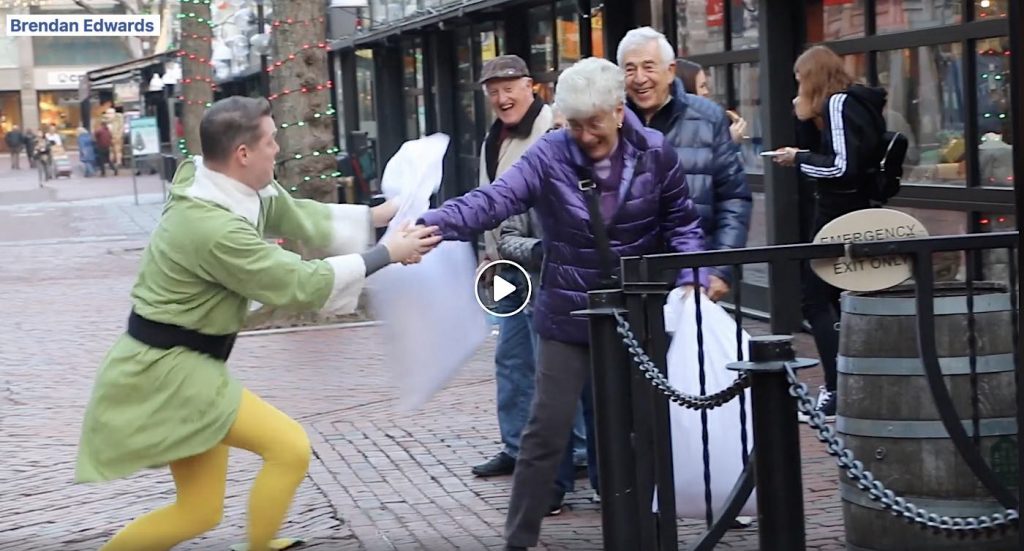 A Massachusetts firefighter has been spreading holiday cheer by dressing up like Buddy the Elf—played by Will Ferrell in the beloved 2003 Christmas movie Elf—and challenging strangers to pillow fights.

27-year-old Brendan Edwards, a paramedic with the Natick Fire Department, has been sharing funny videos on YouTube for six years—but with this heartwarmingly hilarious post, he finally went viral.

He carried two pillows around Boston’s Faneuil Hall plaza, tossing one to people at random and announcing, “Pillow Fight!”

Dozens of people happily jumped into the fun, breaking into wide grins as they engaged in the friendly battle.

MORE: The Amusing Christmas Card That Two Cheeky Mailmen Have Been Sending to Each Other for 43 Years

It went so well that he decided to do it again, but Round 2 on his YouTube channel included four pillows and his girlfriend Hayley O’Loughlin, who dressed as Buddy’s girlfriend Jovie.

His goal at the start was to make a cute video, but it soon became the perfect way to make strangers laugh without ever using a screen.

(WATCH the video below, and check out more giggles on GNN’s Good Laughs page)  )

Make Someone’s Day Brighter… Share This With Friends and Family!