Home All News Heroes Fearless Uber Driver Stops Mid-Trip to Scoop Up Injured Hawk and Save... 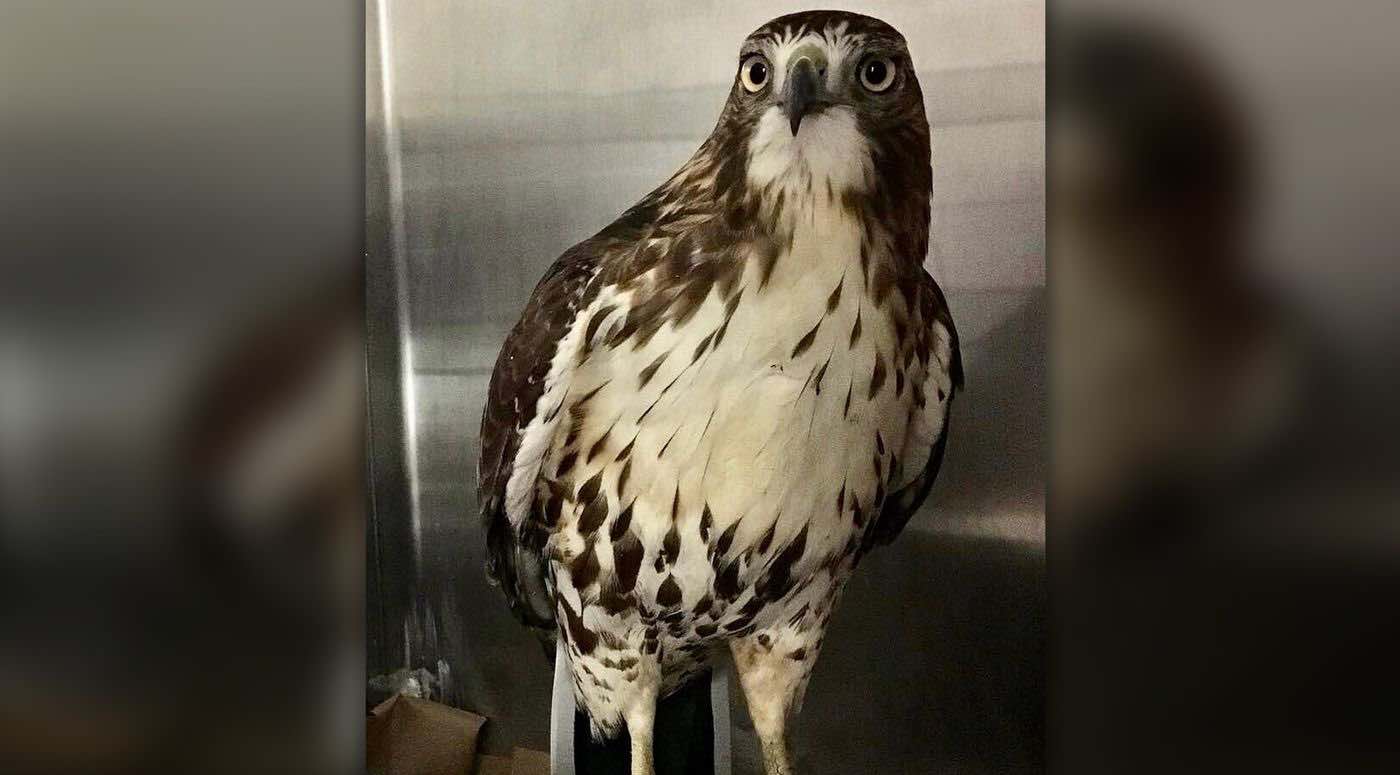 Scene: FDR Drive.
Characters: Injured hawk on side of road, taxi driver, cops.
Driver dares to stop and scoop up the enormous bird, then holds it with one hand while driving with the other. In Brooklyn, he flags down NYPD. Hawk handover ensues. Hawk arrives at WBF in patrol car! pic.twitter.com/dWDbBZqsfN

This red-tailed hawk is no small bird of prey – but that didn’t stop a courageous Uber driver from lending a hand when he saw that it was injured on the side of a major highway earlier this month.

58-year-old Kasim Eldilemi was in the middle of driving a passenger across the FDR Drive when he spotted the distressed hawk on the shoulder of the Manhattan road.

Though some motorists were content to take pictures of the taloned creature from their windows, Eldilemi stopped his car so he could scoop the bird into his arms.

“I put on the emergency lights and I jumped out and grabbed the hawk,” Eldilemi told the New York Daily News. “My passenger was surprised. He was like ‘What are you doing?’ I said, ‘Look, I’m gonna drop you off first and then do something with the bird.’”

RELATED: Watch Olympic Sprinter Run Onto Busy Highway So He Can Save Tortoise From Traffic

Eldilemi then drove all the way to Brooklyn with the bird held firmly in one arm. True to his word, he dropped off his human passenger before flagging down a police officer and handing off the bird.

The officer put the hawk into a cage and transported it to the Wild Bird Fund of New York City. The hawk, which had likely been hurt from flying into a car or skyscraper, was named Taxi after rescuers mistakenly thought that she was rescued by a cab driver.

Taxi spent four days in recovery before she was deemed to be in good health and was released back into the wild from Central Park.

Uber was quick to praise their courageous driver for rescuing the bird, saying: “Uber’s driver-partners do incredible things every day … but we’re particularly amazed by Kasim who ensured the hawk was safe.”

MORE: Watch Good Samaritan Teenager Revive a Squirrel With CPR After it Ran Into His Car

Eldilemi, however, is humble of his rescue efforts.

“This is an example for America,” he told the Daily News. “If I go to drive anywhere, and I see something — animal, human — I stop to help.”