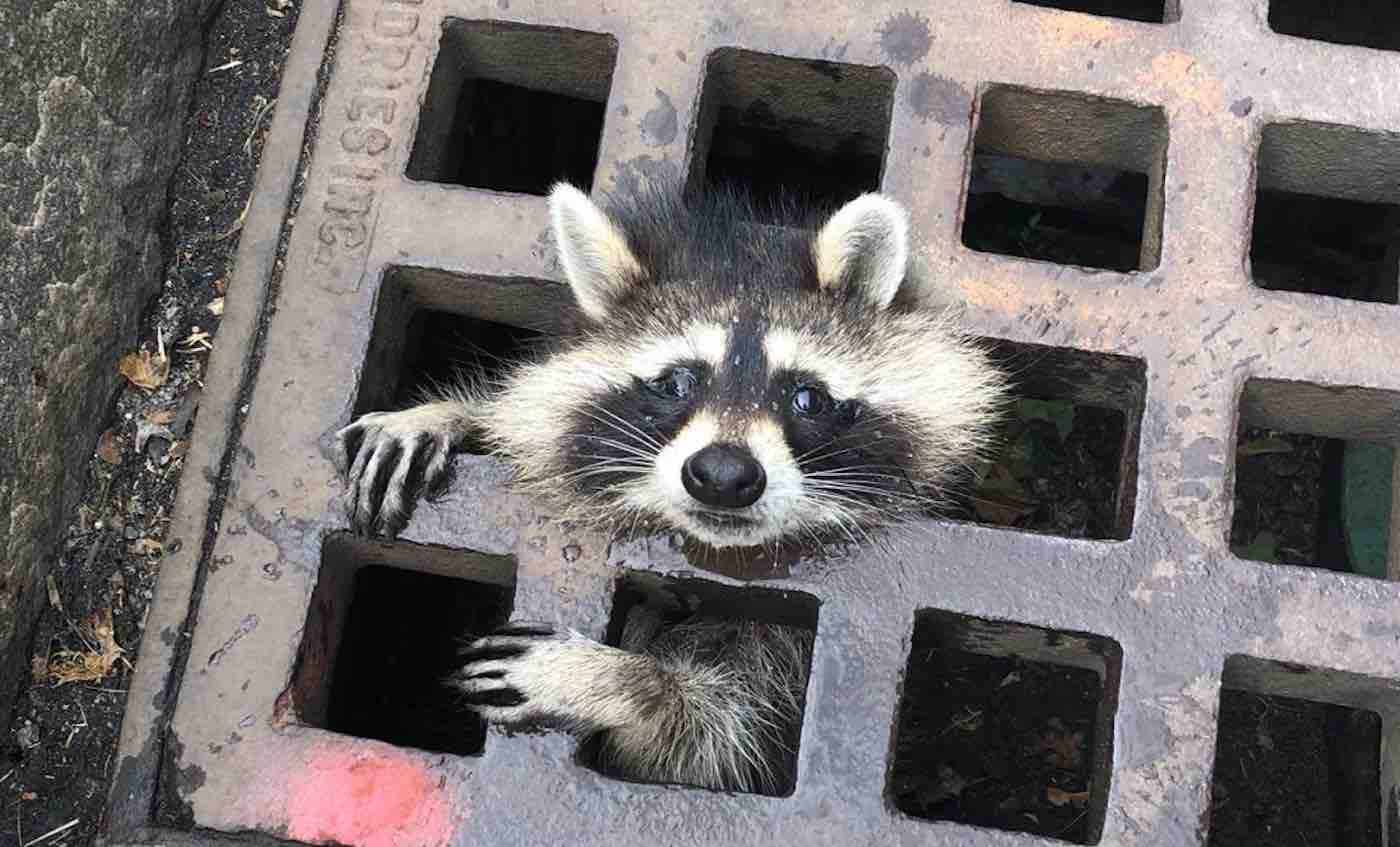 These Massachusetts firefighters have had plenty of experience rescuing people from sticky predicaments—but this helpless raccoon proved itself to be in quite a pickle.

The distressed critter, who was spotted by a bicyclist in Newton, Massachusetts earlier this week, had gotten its head stuck firmly in between the bars of a sewage grate. With both of its paws holding onto the grate for support, rescuers say that the raccoon had apparently been stuck for “quite a while” before help arrived.

Despite how none of the firefighters at the Newton Police Department were trained for this kind of rescue, they rushed to rescue the raccoon from its plight.

“We rescue citizens both big and small,” the department later wrote on Twitter.

RELATED: This Hiker Credits Metallica for Saving Her and Her Dog From Hungry Cougar

To their surprise, it took two hours and eight different people to safely dislodge the raccoon from the grate.

Ordinarily, firefighters use soapy water to free people who have gotten themselves stuck, which they say “works 99% of the time”. They were dismayed, however, when the same technique failed to work on the raccoon.

We rescue citizens both big and small!!!

After attempting several other rescue tactics, they finally called in the help of a nearby animal rescue service to sedate the raccoon.

Finally after much gentle tugging and nudging, they managed to free their new furry friend.

CHECK OUT: Watch These Ingenious Rescuers Save a Leopard from Drowning in a 15-foot Well

The raccoon was escorted to a nearby wildlife rehabilitation center so it could be monitored until it is ready to be released back into the wild.

After the fire department posted photos of the rescue mission to Twitter, they received heaps of praise from internet users for saving the coon—but even though the humble civil servants say that it was “quite the operation”, they insist that they are “always willing to help their 4-legged friends.”

Always willing to help our 4 legged friends! It was quite the operation. https://t.co/wgFXzrhnWQ