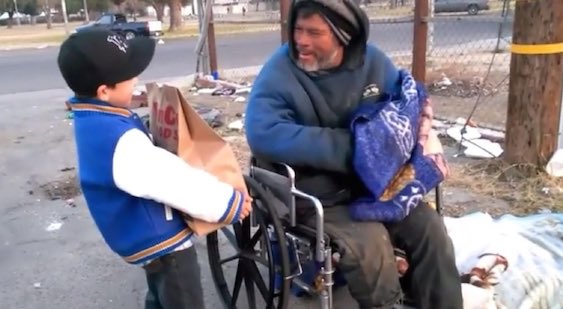 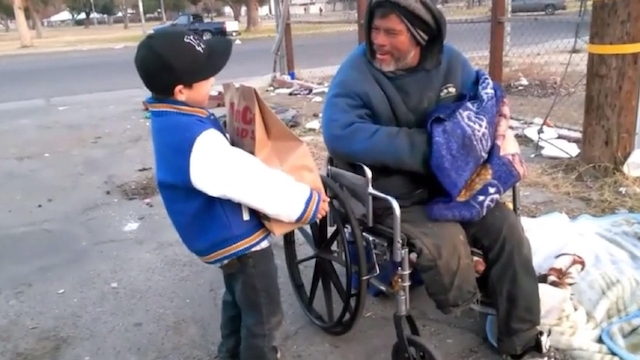 All six-year-old Alex Hovater wants for Christmas is a happy holiday for the homeless in his town.

Since making that wish, he’s been handing out care packages filled with jackets and necessities to people living on the streets.

It all began when the little boy worried about a homeless man spending the winter outside and asked about helping.

His mother, Machelle, thought it would be a good chance to teach her son about empathy and how money works. So she suggested he could chose between aiding the homeless in Bakersfield, California, or receiving Christmas presents for himself.

When he asked why they couldn’t do both, Machelle told him there wasn’t enough money for both. Little Alex didn’t hesitate in his reply.

“OK, we’ll help them out,” she quoted him as saying.

Alex isn’t going through Christmas empty-handed; this has to qualify for Santa’s “nice” list. His mother figures they’ve spent 30% of their Christmas budget on the care packages, and she’s challenging her online friends to try the same with their kids – and moving them to the top of the “nice” list, too.