Home All News Animals For 30 Years, This Cute Critter Was Thought to be Extinct –Until... 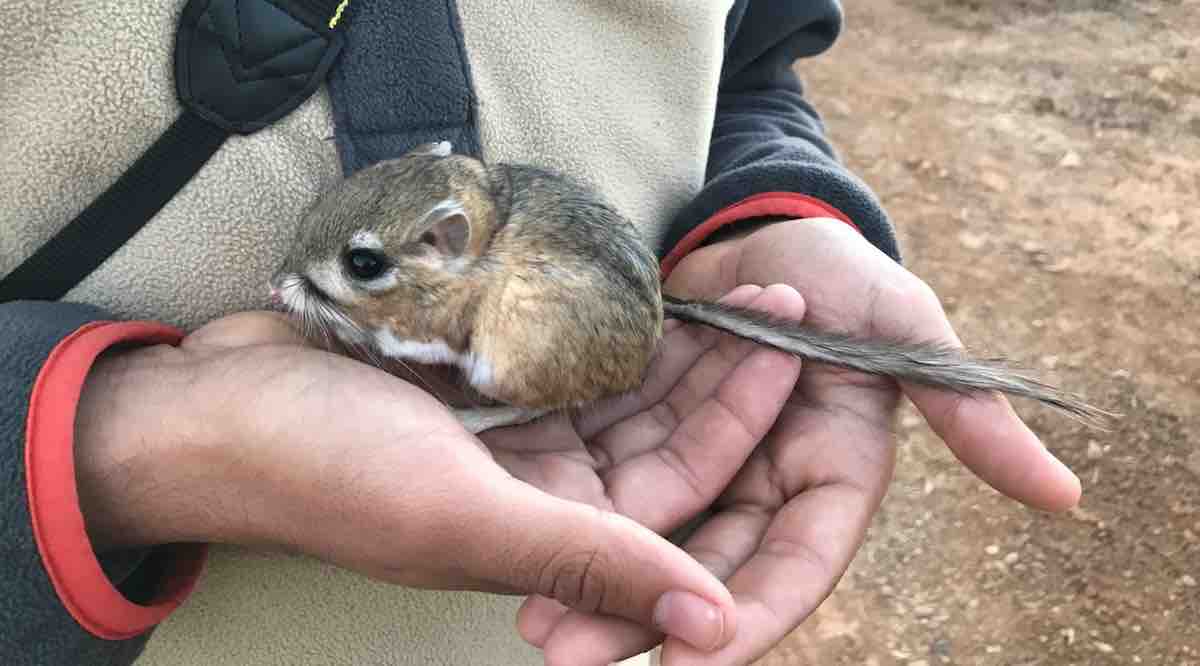 This cute critter has not been sighted since 1986 – but it has finally resurfaced after scientists accidentally stumbled upon the critter’s hiding place last year.

The adorable kangaroo rat, named for its ability to hop about the arid lowlands where it is found, was listed as endangered by the Mexican government in 1994.

Then, a team of researchers from the San Diego Natural History Museum were in the field conducting routine monitoring of small mammal communities in Baja, California over the summer when they found four of the 5-inch rats.

Since none of the field workers had ever actually seen a kangaroo rat before, they had to consult previous field notes and descriptions to properly identify the critter.

Thanks to the research team’s discovery, members of the museum, local universities, and nonprofits will be working together to form a conservation plan for the species.

One of the researchers, museum mammalogist Scott Tremor, said: “Not only is this discovery a perfect example of the importance of good old-fashioned natural history field work, but we have the opportunity to develop a conservation plan based on our findings. The ability to take our research and turn it into tangible conservation efforts is thrilling. It is a commitment to preserving the uniqueness of the Baja California Peninsula.”

WATCH: Orphan Elephant Conquers His Fear of Water With Help From His Loving Human

This is the third mammal that was thought to be extinct that museum staff have rediscovered in the Baja California Peninsula in the recent past: others include the high elevation California vole and the round-tail ground squirrel.

“These rediscoveries speak to hope and resilience in a changing world,” said Research Associate Sula Vanderplank. “We are learning so much about this animal and its ecology, and we’re delighted to know that it is permanently protected in the Valle Tranquilo Nature Reserve.”

The discovery was only recently published in the scientific journal Bulletin of the Southern California Academy of Sciences.