Home All News Inspiring Garbageman Develops Sweetest Friendship With 88-Year-old Woman After She Fell in Her... 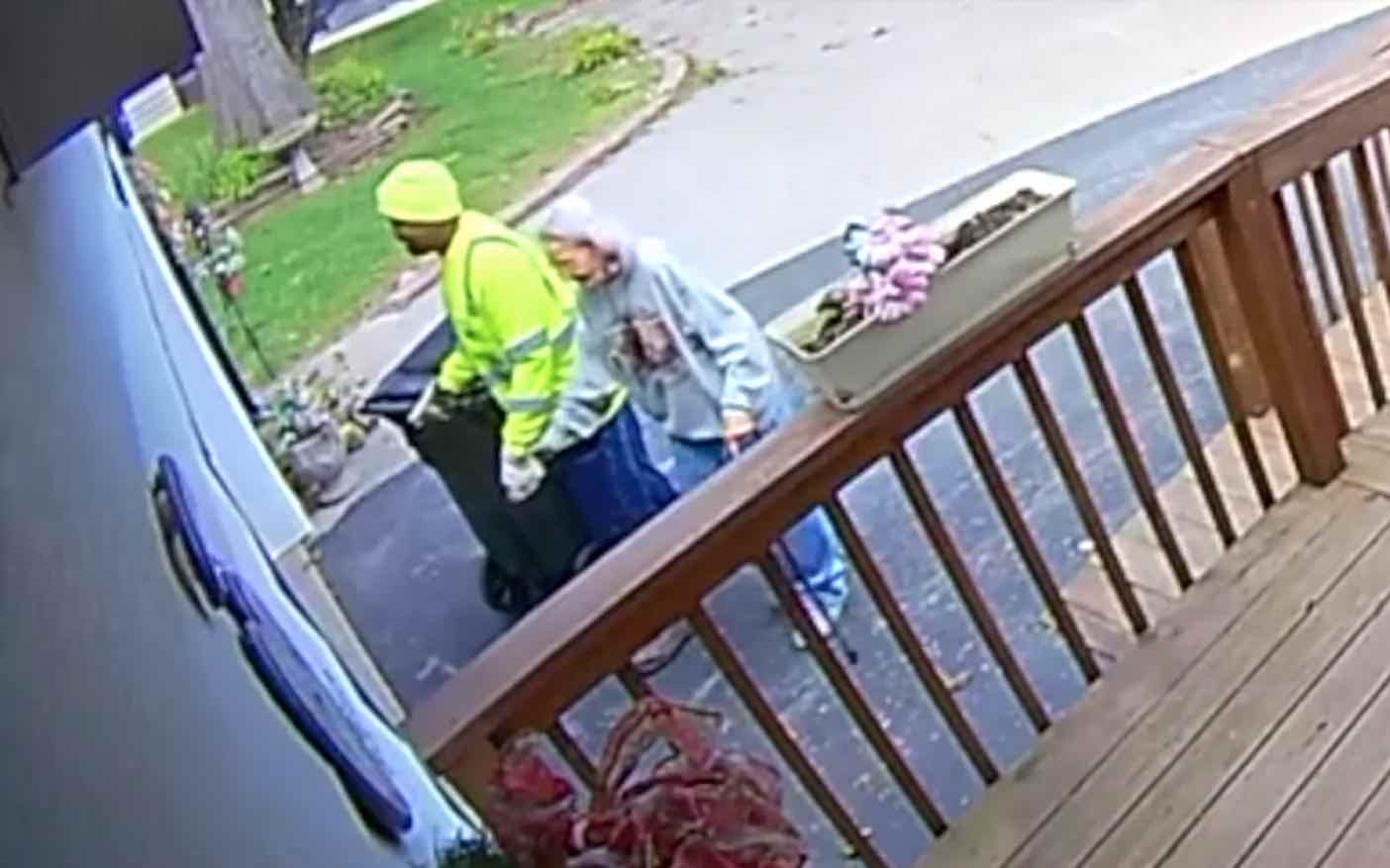 When sanitation worker Billy Shelby first saw an older woman trip and fall back in January, he helped the woman because he wanted to do the right thing—but he never expected it to blossom into a lasting friendship that would inspire the nation.

Shelby, who works as a garbageman in Independence, Missouri, had been driving along his usual route when he saw 88-year-old Opal Zucca hit her head as she was trying to take out her garbage can.

Shelby helped her to safety and stayed by her side until she received medical attention. After that, he insisted on taking out her garbage cans every week.

Now, whenever Shelby brings the trash bins up to Zucca’s house, the elderly woman with dementia is always there to greet him with a hug.

MORE: After Bullied Boy Has Terrible First Day of School, Upperclassmen Take Him Under Their Wing

Zucca’s daughter Colette Kingston never knew very much about her mother’s friendship with the 50-year-old garbageman until she saw security footage of him and Zucca walking arm in arm up her driveway.

Kingston was so touched by the gesture, she published the video to Facebook in hopes of identifying the compassionate man.

“He demonstrates such care for her,” wrote Kingston. “It takes a village—such a small kind gesture, but leaves an enormous relief for us.”

The video ended up being shared thousands of times until Shelby finally saw the footage on his local news channel—and he says that he was incredibly humbled by the response to the video.

“I was just trying to take the trash back up there and get my hug … that’s it,” he told WDAF as he embraced Zucca with a smile.

He now hopes that his friendship with Zucca will help inspire other people to kind to their neighbor.

“Here I drive a trash truck. That’s it, right? But even with that, I can still be the best person I can be, and it can help somebody through their day,” he added. “I just believe in good energy, man. If you give it out—more than likely—that’s what you’re going to get back.”