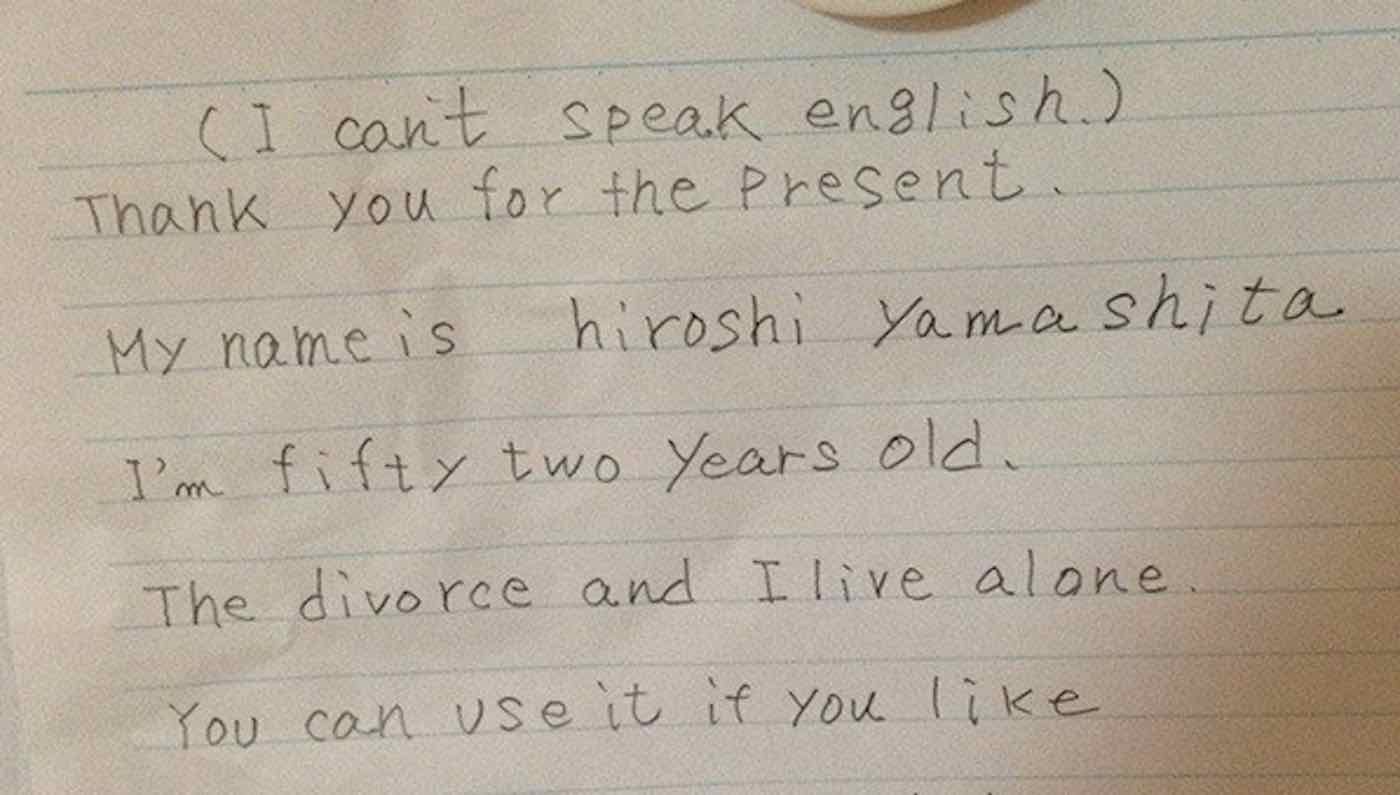 A Japanese man’s sweet note for his American neighbors was shared across the internet after the appreciative family posted a photo of the letter to Reddit back in 2013.

Reddit user Theresa52 says that she and her husband had moved to Yokosuka after he had been stationed at the nearby Navy base. Upon moving into their new neighborhood, they set about delivering beer and chocolate to each of their neighbors—including a man named Hiroshi Yamashita.

A few hours later, Yamashita visited the American family’s home and presented them with toilet paper, stuffed animals for their daughter, and a note.

The note read “I can’t speak English. Thank you for the present. My name is Hiroshi Yamashita. I’m 52 years old. [I’m divorced] and I live alone.”

Though the rest of the letter had some translation letters, Theresa inferred that the man was asking whether her husband was in the Navy and expressing his hope that the family would appreciate the toilet paper and toys.

At the end of the note, Yamashita said: “Thank you for your friend operation.”

Moved to Japan... met my neighbor. from r/funny

Though he may have been thanking the family for their gesture of friendship, other internet users assume that he was referring to Operation Friendship, which was the United States’ response to the 2011 earthquake in Japan.

Needless to say, Theresa and her husband were in awe of the heartfelt note.

“It was adorable! We had brought him a six pack and some chocolate and tried to introduce ourselves to him,” wrote Theresa. “A couple hours later he brought over this letter with a pack of toilet paper and some stuffed animals for our daughter.

MORE: Dying 86-Year-old Bought 14 Years Worth of Christmas Gifts for His 2-Year-old Neighbor

“Yamashita wrote this note himself with some help from a translate app. His mom dated an American Sailor when Yamashita was a child so he knew a small amount of English.

“We were so impressed with his handwriting and we were totally not expecting a letter or a gift in return. Our introduction to him was a mix of Japanese words and pointing to Google Translate on our phone all while trying to hand him our gifts.”

WATCH: Every Night for the Last 10 Years, Community Has Made Sure That Woman in Wheelchair Gets to Bed

With several thousand Reddit users vying for an update on Theresa’s new friendship with her neighbor, she later published a photo of her daughter enjoying her new toys—all courtesy of Yamashita.

“[Yamashita] will be getting more presents,” she added. “We never expected anyone to be so nice back to us.” 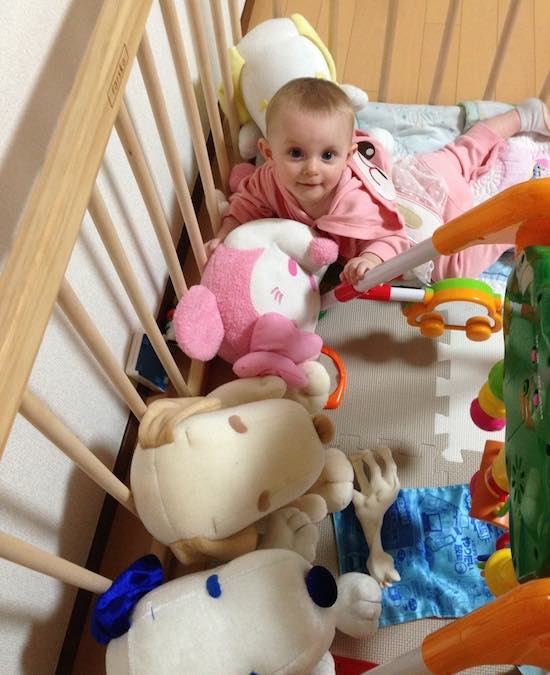 It has been six years since Theresa originally published a photo of the note to Reddit, but she recently made a post about how her friendship with Yamashita continued after their original interaction.

“Yamashita was a great neighbor! We did have daily morning chats,” she mused. “I had four elderly male neighbors who were all so sweet.

LOOK: Family Was Filling Up Swimming Pool Using Only Pots and Pans Until These Firemen Came Along

“We all exchanged gifts and food regularly for the four years I lived there. We would go to neighborhood festivals and have dinners together as well. I miss them all and think about them often.

In short, Theresa says that they did indeed end up sharing “a wonderful friend operation” of their own.