Home All News World When Asked to Build a Hospital That Lowers Blood Pressure, They Built... 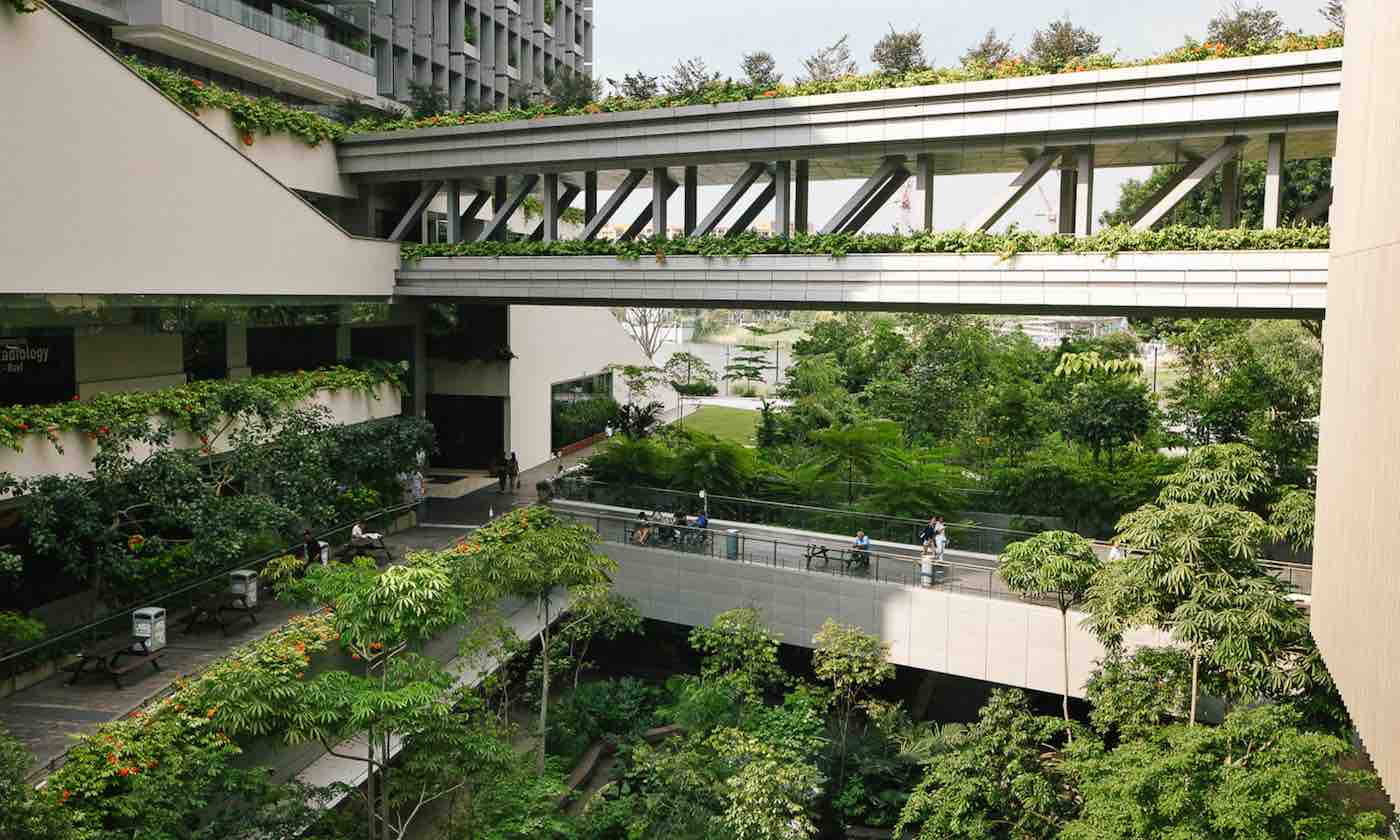 Hospital environments can be stressful for anyone—from the sterile smell and the drab decor to the metallic sounds of medical equipment, it’s not the most comforting setting for patients and visitors.

So when a design firm was tasked with creating a hospital that actually lowered people’s blood pressure, they turned to greenery as the solution—and it worked wonderfully.

More than 700 native species of fragrant plants and trees have been integrated into the structure and surroundings of the Khoo Teck Puat Hospital in Singapore.

RELATED: This Doctor Broke The Law To Engineer a Better Nursing Home, And the Death Rate Plummeted

When Singapore-based design firm CPG Corporation was commissioned to design the hospital in 2005, they were tasked with creating a hospital environment that soothed and uplifted its patients; and since being in nature has been shown to have dozens of physical and mental health benefits, they believed foliage and natural greenery to be the obvious solution.

In addition to the hospital now serving more than 800,000 patients since it opened its doors in 2010, a recent case study found that the “hospital’s lush greenery and peaceful ambiance have made it a popular spot for students seeking a conducive environment.”

There are a number of other clever details that contribute to the hospital’s ingenious design. Researchers found that the facility’s enlarged windows and spacious indoor layout improved air flow throughout the area by 20 to 30%. Since this reduced the building’s dependency on mechanical ventilation by 60%, researchers say that the facility likely saves untold amounts of money in energy costs.

They also found the success of the hospital’s natural ecosystem is “evident in the increasing number of butterfly species sighted on the hospital grounds (increasing from 3 to 83 as of now).”

On top of all of this—literally and figuratively—the hospital has a volunteer-run rooftop garden with more than 100 species of fruit trees, 50 species of vegetables, and 50 species of herbs, all of which are served to the patients.

The hospital has won a number of awards for its design, including the Biophilic Design Award from the International Future Living Institute, a nonprofit which supports healthier and more sustainable public spaces.

“What is most impressive about this project is its post-occupancy evaluation which sampled a group of 200 users comprised of patients, staff, and visitors, of whom 80% responded yes to hospitals investing in implementing biophilic elements,” said Stephen Kieran, a juror for the award.

“Thinking of nature as part of the patient hospital experience, Khoo Teck Puat continually treats staff, patients, and visitors to direct access to nature at multiple angles,” he added.

The hospital’s success has already spurred the architects to launch similar projects in Malaysia, China, and Pakistan—and it will likely inspire many more around the world.