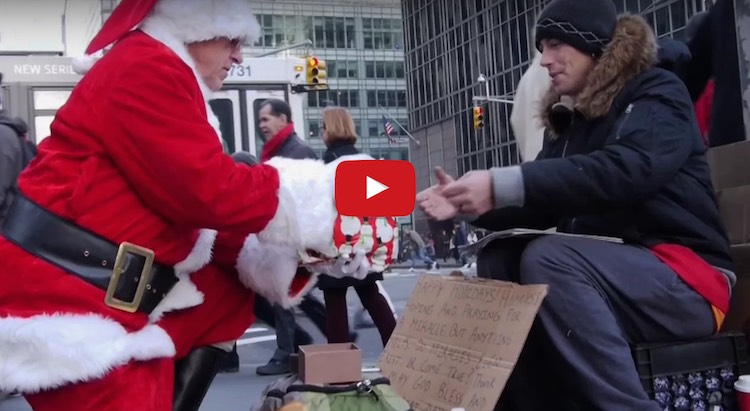 Mike Connell has been struggling with grief since his wife of 25 years passed away from cancer. Although they were not married at the time she died, the two remained close over many years.

In an effort to reclaim his Christmas spirit, the Queens resident dressed up as Santa Claus and handed out ‘blessing bags’ to homeless New Yorkers.

RELATED: Firefighters Pay it Forward Big Time After Waitress With Heart of Gold Picks Up Tab

Mike raised the money for the gifts by soliciting donations from pedestrians in exchange for a photo with Santa. Then he wrapped up several packages containing non-perishable food, toiletries, and warm clothing.

Santa was assisted by a little elf as well: the filmmaker’s 7-year-old son, Seamus McGuire, helped to organize, package and wrap the presents, as well as write heartfelt messages inside the Christmas cards.