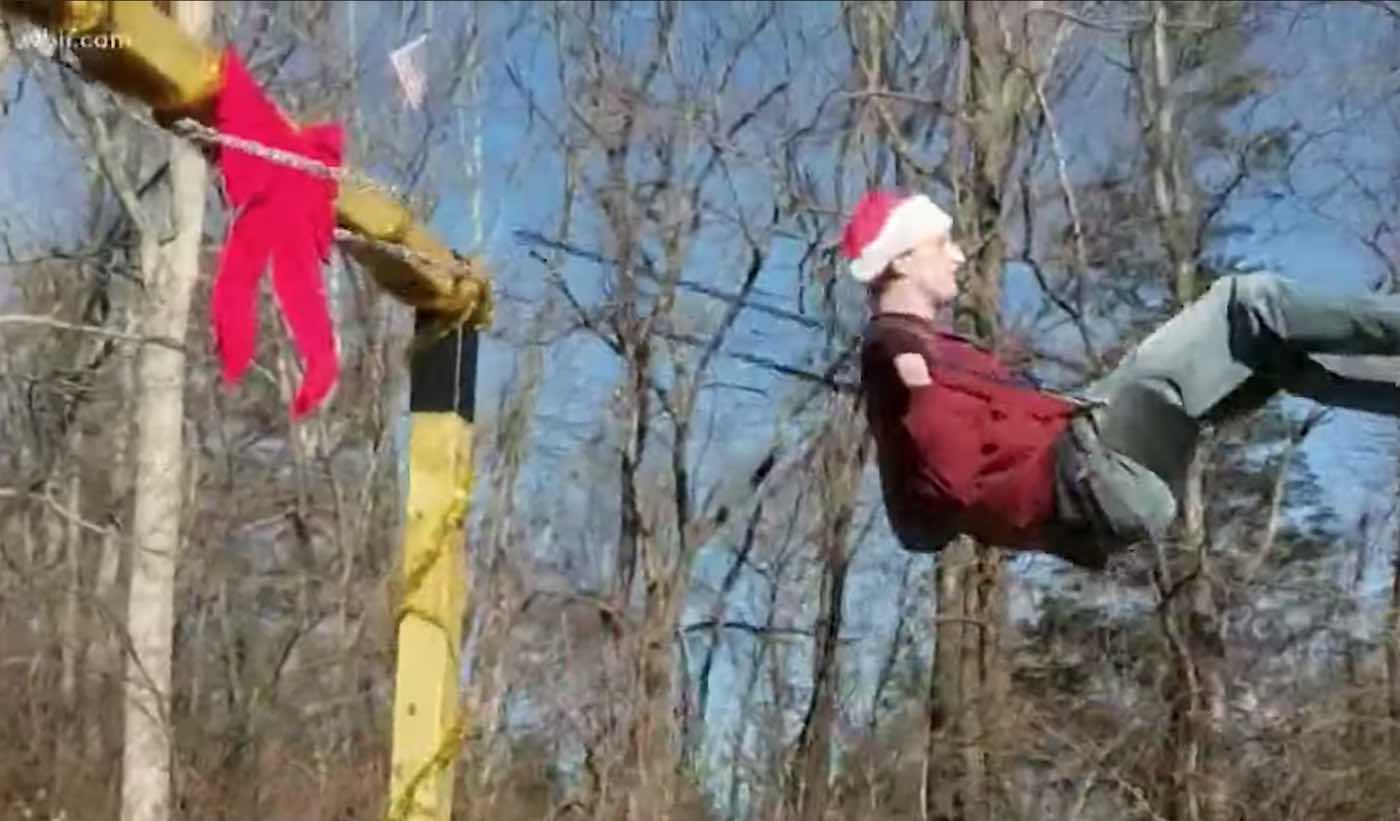 When a 23-year-old man with autism was suffering for his love of swingsets, this local handyman did not hesitate to offer up his services for free.

Cobey Thomas may not have been able to graduate from high school or pursue a career due to his autism, but he loves to swing. Every day, rain or shine, he hops on the local park swingset near his mother’s house in Knoxville, Tennessee and swings his cares away.

Even though he is nonverbal, his mother says that he is noticeably more peaceful after spending some time on the swings – which is why he usually uses the swingset anywhere from 5 to 10 times a day.

That being said, Cobey has grown to be about 7 feet tall and over 200 pounds. His mother, Jenifer Thomas, became distraught when the park’s tiny swingset started to inflict various scrapes and bruises on his legs dragging on the ground. Cobey even started to have trouble sleeping because of his injuries.

Thomas then started to reach out to various local contractors and businesses in hopes of finding someone to build a new swingset for her “gentle giant” – but time and time again, she was rejected.

Finally, she reached out to Allen Ellison from the Neighborly home repair services company Mr. Handyman just before Christmas – and she was stunned by his compassionate response.

LOOK: When Man With Autism Has Violent Reaction to Medication, Mom is Stunned by Officers’ Compassionate Response

Not only did he recruit the help of an engineer in order to design a specialized swingset for Cobey’s size, Ellison also built it in Thomas’s backyard free of charge.

“Allen came out immediately and brought an engineer with him, and just went to work. I mean… they just made it happen very fast,” Thomas told WBIR.

“[It was] just amazing… he restored my faith. Let’s put it that way.”

(WATCH the news coverage below) – Photo by WBIR