Home All News Science This Ingenious Solution was Designed Specifically to Help People During Their Epileptic... 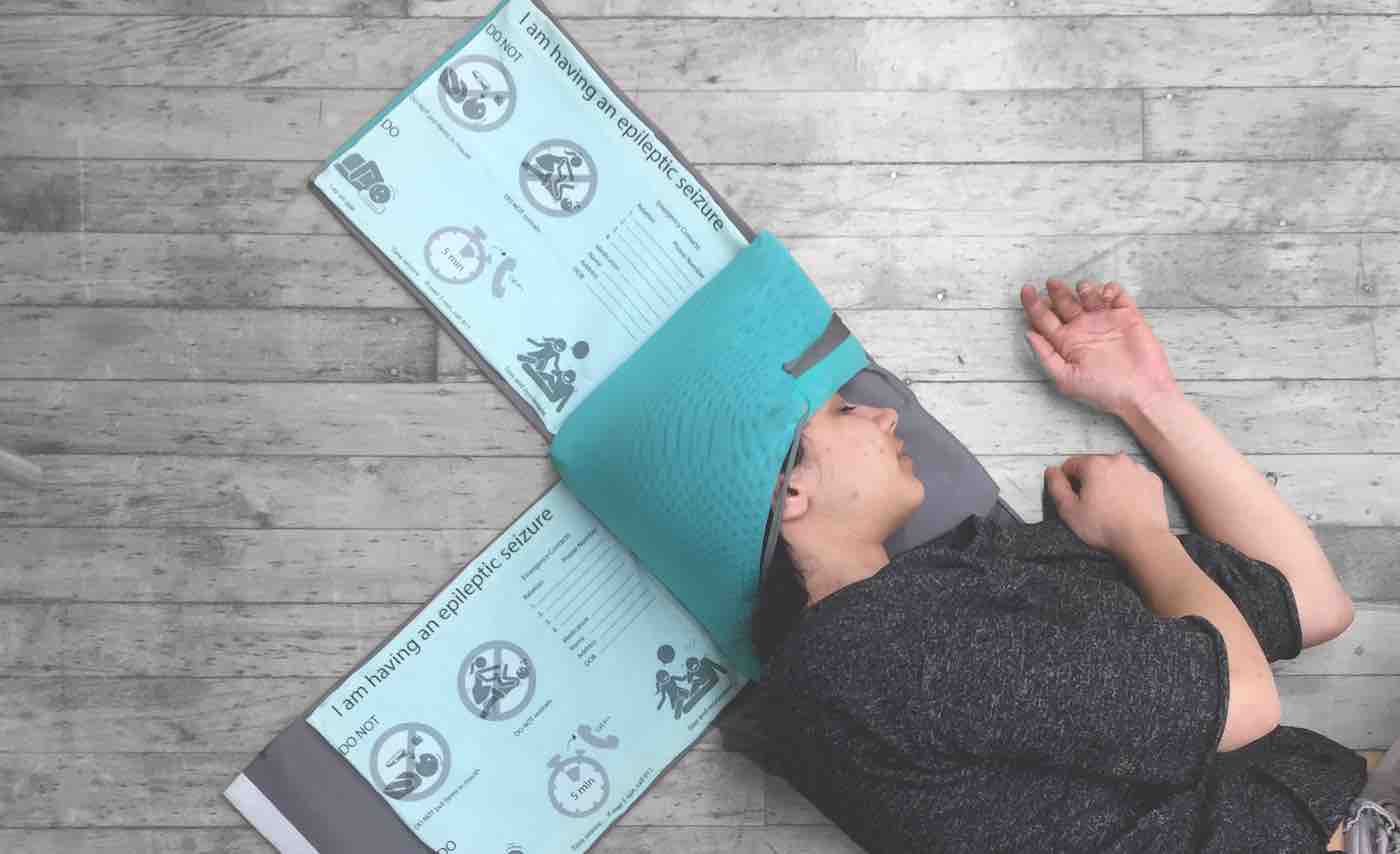 The short list for the prestigious International James Dyson Award has finally been announced, and a critical safety tool for managing seizures has risen into the top 20: Cocoon, a self-deploying, portable safe space for people affected by epilepsy.

The Dyson award invites entries that solve a specific problem—and this particular innovator is intimately aware of the need for this solution because she has the condition herself.

Seizures are a part of life for the 50 million people worldwide that are epileptic, and they have a risk of death 3-6 times greater than the average population.

Many can sense the seizures’s onset, giving them time to find a safe place to lie down. Doctors can only hope they are with a friend or caregiver who can time the seizure, call for an ambulance if it lasts longer than five minutes, and be there to reorient them as the condition subsides.

Uma Smith, the mastermind behind Cocoon says, “I was diagnosed with epilepsy at the age of 11. Since then, I’ve been hospitalized four times—three of them while I was away from a safe space and caretakers.”

Seizure-sensors and protective headgear do exist, but nothing so far has combined all the safety elements into a single device. This new product has all of those requirements, plus more. It integrates soft protection that stays on the head and helps the seizing person stay on their side, plus clear instructions that automatically unfurl for strangers who may want to help, including the person’s name and emergency contact phone numbers. 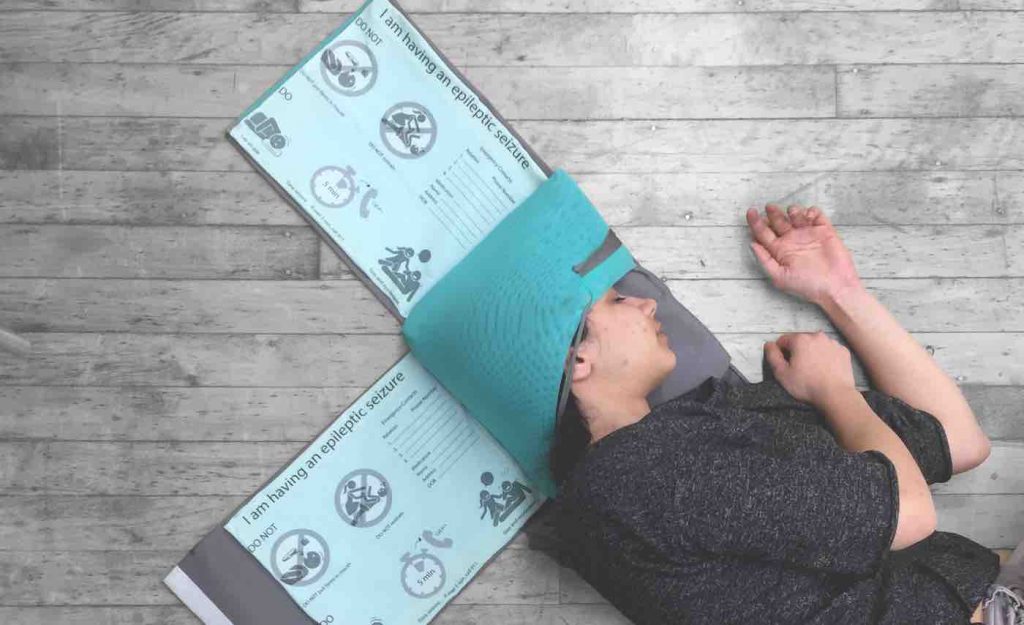 But what if the person is alone? In this circumstance, Cocoon features GPS to help caregivers find the person, seizure sensors, a timer, automated messaging to alert an emergency contact, and after 3 minutes of seizing, a 911 call for an ambulance. If the seizure ends early, the sensors will detect it and call off the emergency measures automatically.

The Cocoon rolls up and becomes a portable pillow and is compact enough to slide into a tote bag, giving those with epilepsy a new sense of freedom to explore and be out on their own.

The Brooklyn-based industrial designer who invented the device, is also a sculptor and photographer and has designed other innovations combining form and function. Information about her works, including the Cocoon, can be found on her website.