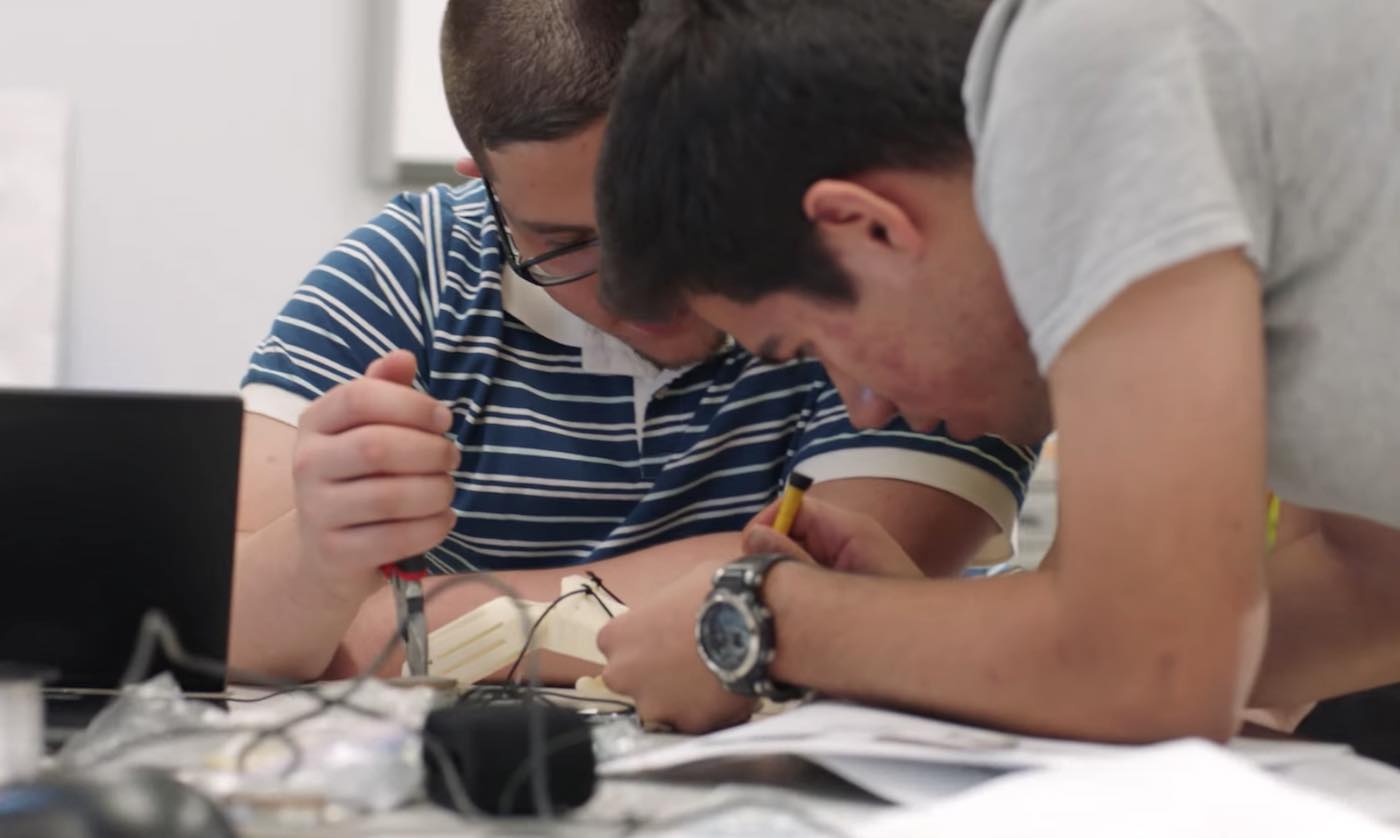 What started as an engineering class project has turned into a labor of love for dozens of students at these Chicago high schools.

Back in 2013 when Will Wagner was still the principal of West Leyden High School, he had been settling down for an airplane flight out of the city when he noticed his fellow passenger pull a prosthetic hand out of his bag.

Intrigued by the prosthetic’s design, Wagner struck up a conversation with the man. The passenger explained how he had gotten the hand through e-NABLE: an organization that recruits volunteer engineers to design custom prosthetics for people in need—particularly children.

This is because in addition to typical prosthetic limbs costing thousands of dollars, parents are often discouraged from investing in the devices because children quickly outgrow them.

RELATED: Uber Driver Stumbles Into Gift of New Hands For His 11-Year-old Daughter After Picking Up Engineering Student

Wagner was so inspired by his conversation with the airplane passenger, he rallied his school administrators and teachers so they could partner with e-NABLE and begin 3D-printing prosthetics in their engineering class.

Since launching the program on both of their high school campuses seven years ago, students have made more than 75 prosthetics for children in need. Not only has the program helped students to learn about design, it has helped them forge real-world connections with other children around the world. According to Fast Company, Leyden students recently got to video-chat with a Syrian boy who had lost his hand in a war-related accident—and they got to witness the moment he tried on his new prosthetic for the very first time.

The program has been such a hit with the high schoolers, they started an after-school club so they could continue making the prosthetics outside of class—which they plan to continue doing for as long as they can.