Home All News Inspiring Uber Driver Stumbles Into Gift of New Hands For His 11-Year-old Daughter... 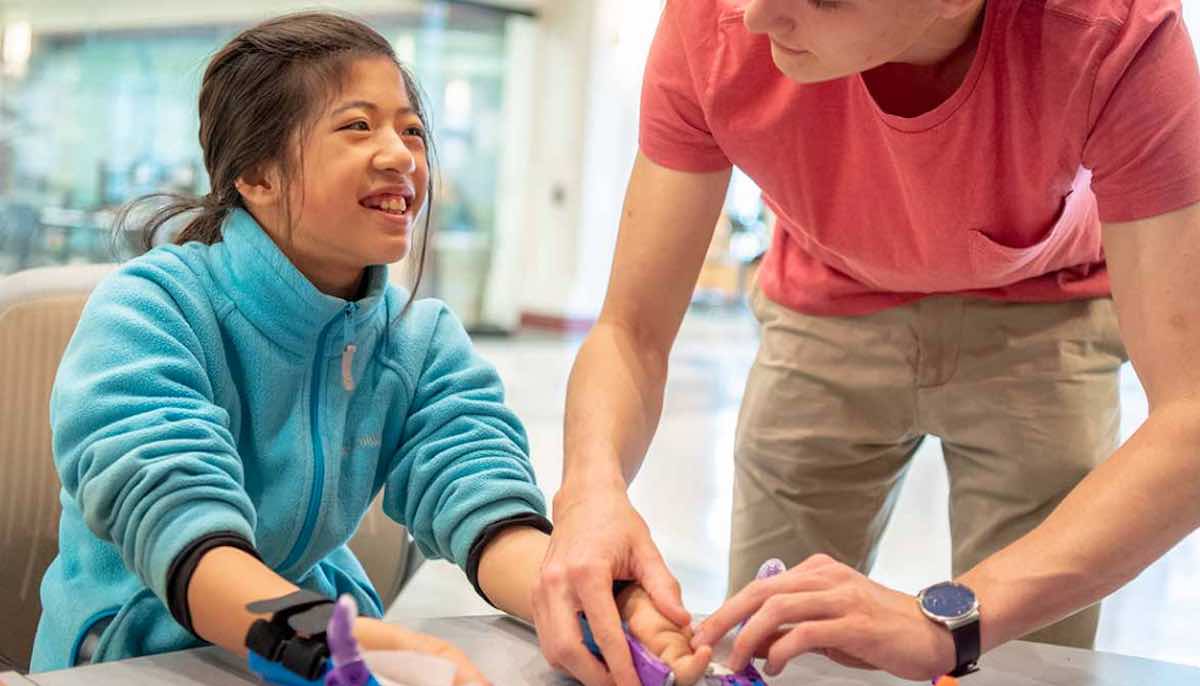 A stunningly serendipitous Uber meeting resulted in a college student giving a big hand to a little girl who needed it most.

Back in February, University of Notre Dame student Michael Skinner called for an Uber to take him home from a parenting event. The chatty engineering major started talking to his driver—and fortunately asked about his family.

Doug Anderson talked about his 11-year-old daughter Tori. He and his wife adopted her from China when she was 5 and brought her back to their home in Indiana. She was born with only one finger on each hand, a condition that caused her a lot of embarrassment and insecurity.

He and his wife had approached different hospitals about getting Tori fitted for prosthetics, but doctors said she would quickly outgrow them—and they’re expensive. Money has been tight for the parents who have adopted two other special needs children. Doug, 58, took up Uber driving to earn extra money, and because he liked to socialize.

As fate would have it, the student in the back seat, Michael Skinner, was the perfect person to chat with.

Skinner works with an engineering group called e-Nable. The group 3D-prints robotic hands—and had been searching in vain for a child who needed one.

RELATED: When Student Accepts Stranger’s Accidental Invitation to a Funeral, She Becomes ‘Brightest’ Part of the Day

After several months of sizing and collaboration, Tori has been fitted with a new set of 3D-printed hands. She can now throw a baseball, write, and blow bubbles.

Her father, overwhelmed with gratitude, told the university, “I think that God absolutely had his hand in this.”

Give Your Friends A Helping Hand: Share The Good News To Social Media – Photo by University of Notre Dame